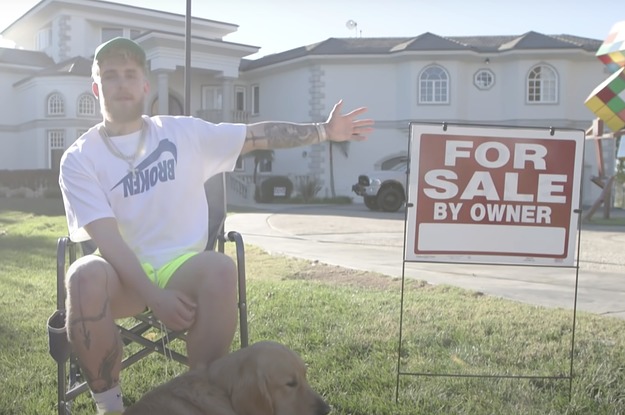 It’s the end of an era for Jake Paul who just announced he’s saying goodbye to Los Angeles and the Team 10 mansion.

The 23-year-old YouTuber (turned actor turned musician turned pro fighter) is selling his iconic Calabasas abode which has been the backdrop for his chaotic vlogs for the past several years.

Since moving in back in 2017, Jake and his influencer crew have been causing havoc at the mega mansion, which includes eight bedrooms, a swimming pool, and a 26 car garage:

In an announcement video, Jake called the move “one of the hardest decisions I’ve ever had to make in my life,” adding, “It’s the end of an era and the start of a new one.”

Jake says the decision stemmed from his desire to dedicate his complete focus to his pro fighting career and becoming the “biggest prize fighter in the world,” which he’s unable to do in LA.

He added that with the time he’s recently spent at training camps in Las Vegas and Big Bear, he’s rarely actually at his LA home.

Jake made sure to let fans know that despite the move, he’d still be active in his other pursuits like YouTube and acting “as much as I possibly can.”

While he hasn’t mentioned where he’s headed, fans are speculating he may move to Vegas, Miami, or to his home state of Ohio.

And if you’re in the market for a Calabasas mansion, Jake’s home is reportedly up for sale for over $9 million.

Hear all that Jake had to say about his move below: