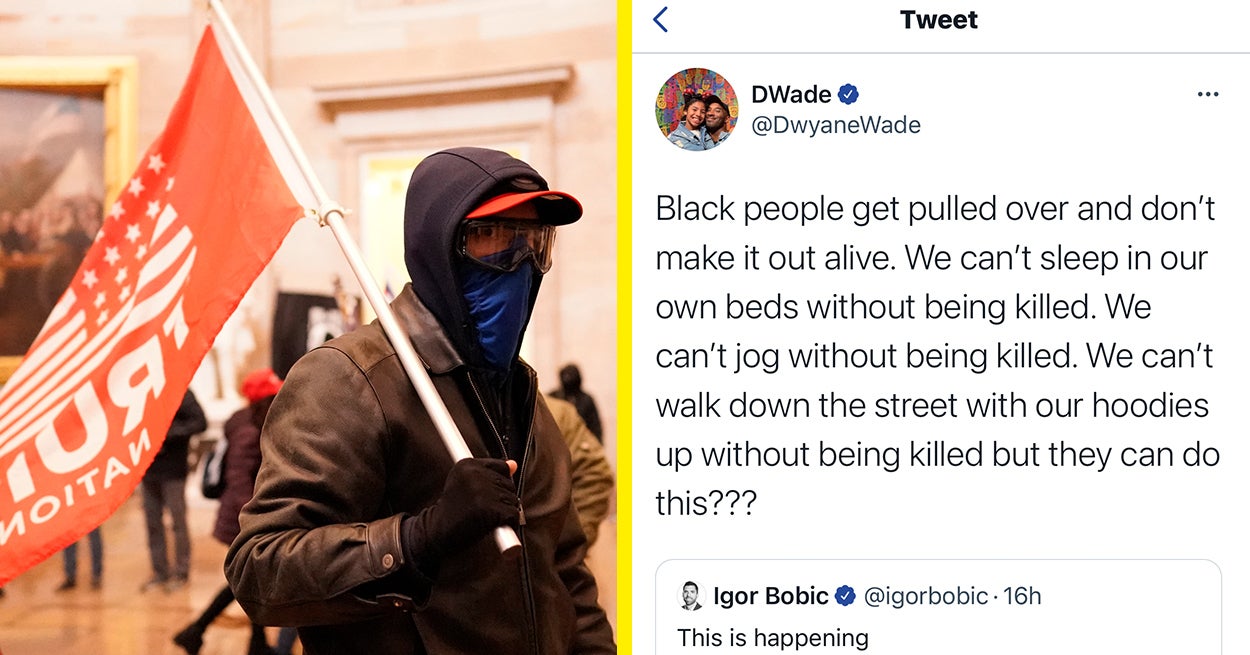 A mob of Donald Trump supporters stormed the United States Capitol on Wednesday in an attempted coup incited by Trump’s false claims that the 2020 presidential election was stolen from him.

As rioters looted, smashed windows, and sprayed police officers with chemicals, people watching the chaos unfold on social media were denouncing the stark difference in response to the attack and last year’s Black Lives Matter protests.

And celebrities also took to social media to express their outrage over what was happening in Washington.

Some, like Dwyane Wade, expressed disbelief that rioters were able to enter the Capitol unharmed while Black people are killed while sleeping in their own beds or going for a run.

Cardi B called the situation “ironic,” saying: “Weren’t people just wild animals in the summer for demanding justice and now?”

Others, including Chris Evans, Karamo Brown, and Kevin Hart encouraged people to imagine how the situation would have been different if the perpetrators weren’t white.

While Gabrielle Union responded to the lack of defence at the Capitol with a straightforward: “WE know why.”

Kerry Washington quoted a tweet characterising January 6 — which began with the Democrats taking control of the Senate following wins in Georgia — as “a microcosm of US history.”

Director Ava DuVernay shared photos of the riots, calling the people who stormed the Capitol “terrorists” alongside a quote from Trump.