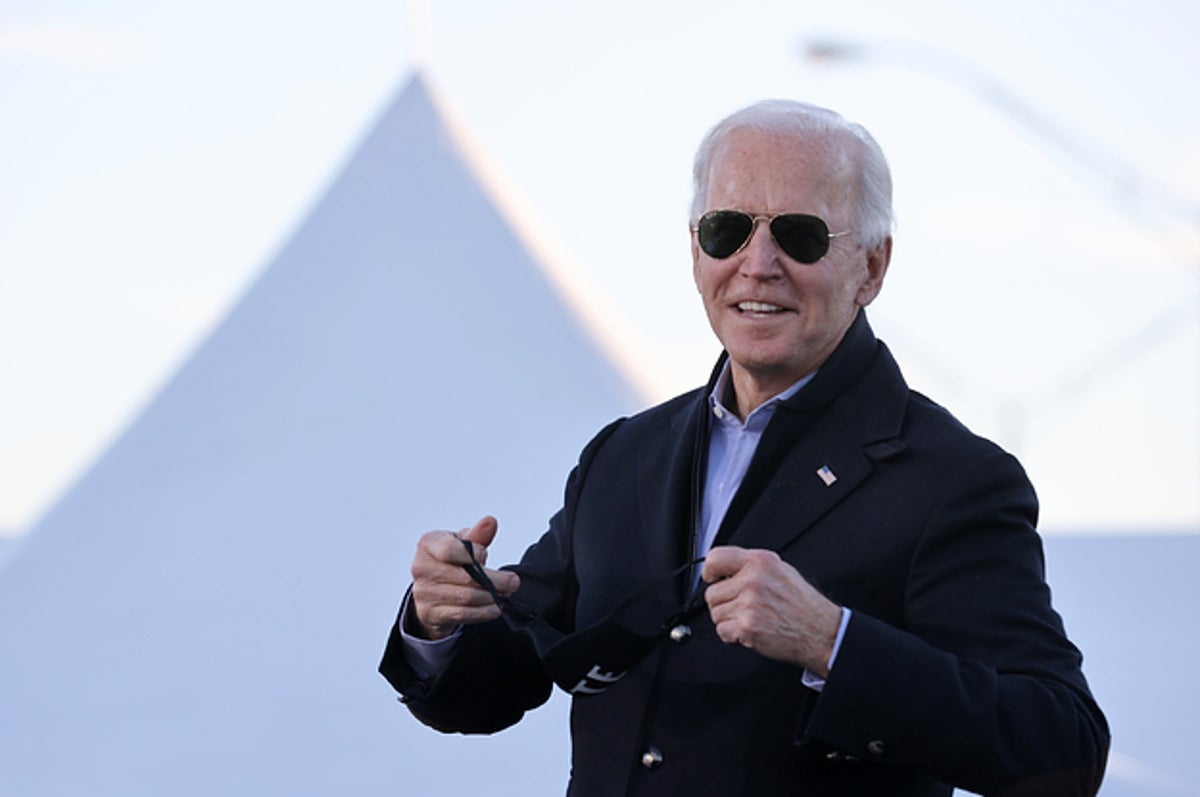 
BuzzFeed News has journalists around the US bringing you trustworthy stories on the 2020 elections. To help keep this news free, become a member.

WASHINGTON — President-elect Joe Biden was officially certified as the winner of the presidential election early Thursday morning, following an attempted coup by a violent Trump mob that stormed the Capitol building in order to block Congress from finishing what is normally a routine process.

In a statement released via his Deputy Chief of Staff minutes after the news was confirmed, President Donald Trump said that while he “totally disagreed with the outcome of the election,” there will be “an orderly transition” of power after months of falsely claiming the election was fraudulent.

“Even though I totally disagree with the outcome of the election, and the facts bear me out, nevertheless there will be an orderly transition on January 20th,” the statement read. “I have always said we would continue our fight to ensure that only legal votes were counted. While this represents the end of the greatest first term in presidential history, it’s only the beginning of our fight to Make America Great Again!”

The certification is a process that is normally just a formality. But it drew outsize attention because of President Donald Trump and Republicans’s fantasy that the election was stolen from Trump, and that they could overturn the voters’ will. The Republicans’ charade was only tempered after insurrectionists stormed the building, resulting in blood being shed on the Capitol when a young Trump supporter was shot and later died.

It began with tense debates Wednesday morning as the lawmakers debated an objection to certifying Arizona’s Electoral College results, but was interrupted when members of Congress had to evacuate the building in order to avoid the rioters that had overtaken the chamber floors. After 8:00 p.m., when Capitol Police deemed the building safe, the House and Senate both returned and continued the certification process.

Before the chaotic interruption, the joint session of Congress was tense and impassioned. Rep. Paul Gosar of Arizona, who objected to certifying Arizona’s results along with Sen. Ted Cruz of Texas, delivered a speech touting baseless allegations of election fraud when the rioters reached the doors of the House chambers. He spoke quickly and was visibly nervous and sweating as he spoke, and was interrupted mid-speech by staff entering the chamber and telling the members to get under their chairs and put on gas masks.

Senate Republicans seemed more subdued when they returned to the chamber Wednesday night. Sen. Kelly Loeffler of Georgia, who lost her runoff election on Tuesday, Sen. James Lankford of Oklahoma, and several other GOP lawmakers announced they would no longer object to certifying the results. Ahead of the certification several Republican and Democratic legislators commended their colleagues for changing their votes after the violence of the afternoon, and urging all of their fellow Republicans to follow suit.

The House was a different story, however. Originally only 68 members of Congress in the House and Senate combined, said they would vote in opposition to certifying the election results. But after the insurrection Wednesday night, 121 House Republicans voted to oppose the results in Arizona.

Sens Cruz and Josh Hawley — who gave a speech maintaining Trump’s baseless claims of voter fraud — were among the few Senators who still contested the election results, voting against their certification.

Rep. Matt Gaetz, who also voted to contest the results, gave a speech met with boos and groans on the House floor, in which he praised Trump’s reaction to Wednesday’s violence, pushing a conspiracy theory that the insurrection was the work of Antifa (a decentralized group of “anti-fascists” who go to protests around the US and who the right uses as a bogeyman, blaming them for any violence that happens no matter who is actually responsible).

But the Republicans’ efforts were futile. Thursday’s certification is the end of the line for Trump and his supporters, who have claimed, illogically and without evidence, that the election was rigged. Many of the people who demonstrated in DC promoted outlandish and nonsensical conspiracy theories that have been propagated by the president and the far right — which extended to several members of Congress, who stoked the idea that votes could just be disregarded.

The president lost in November, and his legal team turned up empty in courts across the country attempting to discredit that loss. He has repeatedly spread disinformation about voter fraud and voting by mail and continued to do so even weeks after the Electoral College cast its votes in favor of Biden.

Trump, though, had been clear that he wasn’t going to accept the result or move on. During a rally in Georgia on Monday, he told supporters to “watch what happens over the next couple weeks,” explicitly pushing his doomed fight beyond the formal certification. As smoke rose outside the Capitol and the National Guard tried to restore order, Trump tweeted, “Remember this day forever!”

Three weeks ago, the Electoral College met and officially cast its votes, marking the first time many Republicans conceded that Biden had indeed won the election with 306 electoral votes, though many did so timidly.

“Well, it seems to me that being elected by the Electoral College is a threshold where a title like [president-elect] is probably most appropriate, and it’s, I suppose you can say, official — if there is such a thing as official president-elect or anything else–elect,” Republican Sen. Kevin Cramer of North Dakota said following the Electoral College vote last month. “And there’s an inauguration that will swear somebody in and that person will be the president of the United States, but whether you call it that or not, you know, there are legal challenges that are ongoing — not very many — probably not a remedy that would change the outcome but, so, I don’t— Again, I don’t know how politician refers to another politician, but it does look to me like the big race is really between the inaugural committee and the Justice Department at this point, so we’ll see how the emails turn out.”

Ahead of the congressional certification, Trump falsely claimed that Vice President Mike Pence had the ability to throw out electoral votes, despite zero constitutional backing for the claim. And he publicly pressured Pence to overturn the result, including during the rally in Georgia. “If he doesn’t come through, I won’t like him quite as much,” Trump said then. Ultimately, Pence’s role Wednesday was a largely ceremonial one, and in his role as president of the Senate, he oversaw the process of ratifying the official Electoral College votes.

Senate Majority Leader Mitch McConnell called Wednesday’s certification vote his “most consequential” and reportedly explicitly warned his caucus against contesting the results — a warning that a fraction of Senate Republicans did not heed.