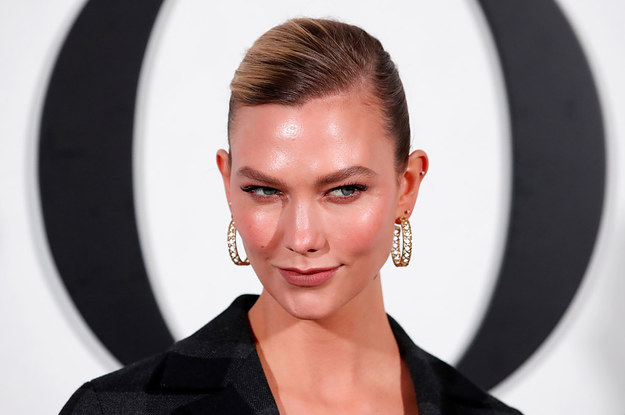 So, yeah. A lot going on today.

In the midst of Trump supporters charging the Capitol following the President launching an attempted coup, Karlie Kloss made the below statement on Twitter.

Kloss, in case you forgot, is married to Joshua Kushner — aka brother of Jared Kushner, who is Ivanka Trump’s husband. Which means that Jared and Ivanka are Kloss’ brother and sister-in-law.

Which is why it was extremely notable when she replied to a Twitter user who asked her if she’d discussed her beliefs with her “sister in law and brother [in] law” with this.

This is not the first time Kloss’ Kushner affiliation has come up. During last year’s season of Project Runway, contestant Tyler Neasloney became a meme when he replied to criticism that his dress wasn’t fit for Kloss (a judge on the show) to wear by firing back, “Not even to dinner with the Kushners?”

Despite her familial affiliations, though, Kloss hasn’t been shy about where her political beliefs stand. This past Election Day, she publicly revealed her vote for President-Elect Joe Biden and Vice President-Elect Kamala Harris.

Last year, she opened up about her relationship with Kushner and alluded to how her political beliefs stand against her in-laws’ reputations: “I really followed my heart on choosing to be with the person that I love, despite any complications that came with it,” she said. “I knew for me, it was worth it to fight for that.”

In 2018, she also told Vogue that she and Josh “share a lot of the same liberal values that guide [their] lives and the things [they] stand for.”

So Kloss’ claim isn’t really a surprise — but, also, the fact that she chimed in at all is another head-spinning twist to a truly head-spinning day.