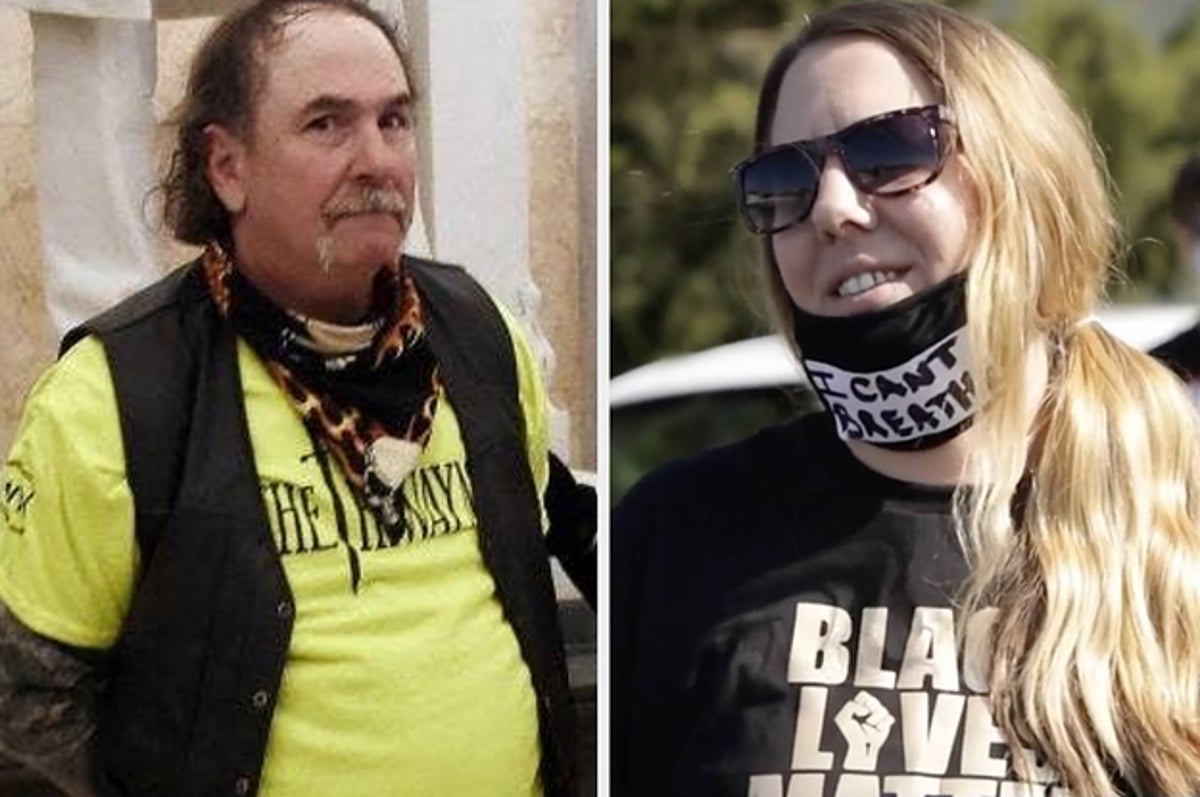 
The daughter of a Virginia man who was arrested as part of the Trump mob that stormed the Capitol on Wednesday said she was “ashamed and disgusted” by her father’s actions.

Douglas Sweet, was one of several rioters arrested by the Capitol Police for unlawful entry.

Sweet, a Trump supporter, who frequently posted about his allegiance to the president on his social media accounts, was seen in a Getty photo being arrested inside the Capitol building after a deadly attempted coup by a mob inflamed by the president’s dangerous lies about the election.

He had also attended the violent white supremacist rally in Charlottesville in 2017, his daughter, Robyn Sweet, told BuzzFeed News on Thursday.

Robyn said that her father had disowned her because she fought against racism and bigotry while he had been “radicalized by conspiracy underground websites and groups.”

“I am completely ashamed and disgusted of him,” Robyn said of her father’s actions at the Capitol.

She said that she had a feeling he would attend the so-called “Stop The Steal” rally at the Capitol on Wednesday because he always attended these type of events, including the Unite The Right rally in Charlottesville.

When asked if she was concerned that her father may have engaged in violent behavior, Robyn said, “If he felt that Trump supported him and gave him the green light, he might do something dumb.” She said she did not believe he was carrying a weapon during Wednesday’s riot.

Robyn said that her father was convinced that the “election was stolen” and that COVID-19 was a hoax.

She said that he believed “Democrats drain blood from kidnapped kids for adrenochrome” — a conspiracy theory that supporters of the mass delusion of QAnon believe.

Sweet was a member of The Hiwaymen, a fringe neo-Confederate group that has attended anti-abortion protests and demonstrations against removing Confederate statues, according to his social media posts.

He was arrested wearing a Hiwayman t-shirt at the Capitol. Several Trump supporters were also seen carrying Confederate flags and flaunting racist and white supremacist symbols inside the Capitol building.

Sweet was involved in other extremist groups including the anti-government militia group called Three Percenters and a pro-Confederate group called the Dixie Defenders, according to his daughter and his social media posts.

Robyn said she and her father are “completely opposed” when it comes to their political beliefs.

Last June, Robyn protested against the police killing of George Floyd in the town of Gloucester, Virginia. She was there as an organizer of a local group called Stand Up Against Racism and was interviewed on News3 wearing a Black Lives Matter t-shirt and a mask that read “I can’t breathe.”

“Even in small towns we need to stand up and show our support,” she told the channel at the time.

Robyn said that although she rarely talks to her father, she tried contacting him yesterday to make sure he was okay. She said she could not reach him but found out that he had been arrested after others shared a news report with her.

She said that Sweet was a self-employed man who does “handyman stuff” but that he spends most of his time with his extremist groups.

“[He] didn’t even participate in family Christmas but instead was with his groups,” she said.

She said that the few times he talks to her, “he is constantly going on about conspiracy theories.”