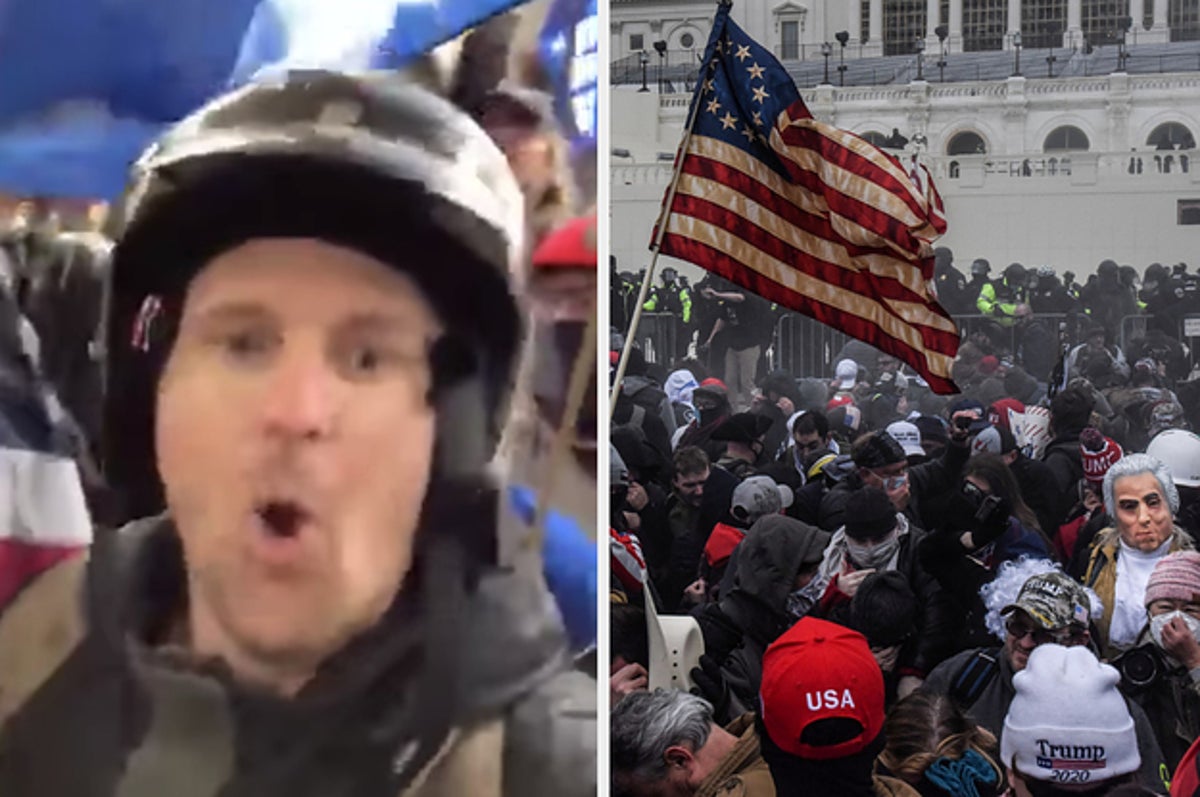 A West Virginia lawmaker who livestreamed himself storming the US Capitol resigned on Saturday after federal charges against him were announced.

In his one-sentence letter to the governor, Derrick Evans, who was recently elected to the West Virginia House of Delegates, said he resigned effective immediately.

In a statement about his resignation, Evans described the past few days as “a difficult time” for his family, colleagues. and himself.

“I feel it’s best at this point to resign my seat in the House and focus on my personal situation and those I love,” he said. “I take full responsibility for my actions, and deeply regret any hurt, pain or embarrassment I may have caused my family, friends, constituents and fellow West Virginians.”

His resignation came shortly after the Department of Justice announced that he is being charged with one count of knowingly entering or remaining in any restricted building or grounds without lawful authority, and one count of violent entry and disorderly conduct on Capitol grounds.

Evans was taken into custody Friday, the department said.

In a now-deleted livestream on his Facebook, Evans is seen crossing the threshold of the doorway into the US Capitol and shouting, “We’re in, we’re in! Derrick Evans is in the Capitol!”

In the criminal complaint affidavit, prosecutors listed memes that Evans posted online as “potentially relevant” to his motive and intent, including one with the text “TAKE AMERICA BACK. BE THERE. WILL BE WILD. D.C., JANUARY 6, 2021”

The affidavit also stated that prior to his livestream, Evans posted videos on Facebook of the crowd outside the Capitol building. In one of those videos, he says, “They’re making an announcement right now saying if Pence betrays us you better get your mind right because we’re storming the building,” then laughs and adds, “I’m just the messenger.”

On Thursday, his attorney John Bryan, said Evans would not be resigning from public office and maintained that his client was innocent until proven guilty.

“He committed no criminal act that day,” said Bryan in a statement. “To the contrary, he was exercising his constitutionally protected rights to engage in peaceful protest and to ﬁlm the events which were unfolding.”

Evans was not the only lawmaker to attend the rally that quickly turned into a riot on Wednesday. Among them was Virginia state senator and Republican gubernatorial candidate, Amanda Chase, who spoke to the crowd of Trump supporters in Washington, DC, before they stormed the Capitol.

Chase, like other lawmakers who attended, said she left before the mob forced their way to the Capitol. Chase is facing calls to resign.

“I was honored to speak at the morning rally in DC in support of our President and in favor of ensuring that every legal vote matters,” said Chase in a Facebook post.