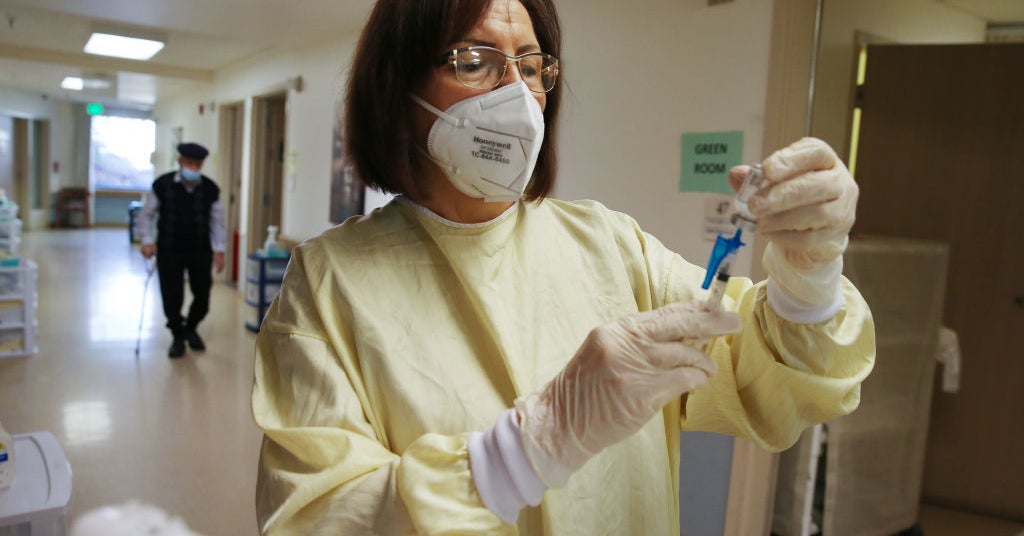 
President-elect Joe Biden is planning to release almost all available coronavirus vaccines to states, a departure from the Trump administration’s strategy of reserving enough doses for second shots, according to an announcement from his transition team on Friday.

But some experts say the plan could face a big hurdle: not enough people to give the extra shots.

Operation Warp Speed, the $18 billion public–private partnership to produce vaccines, has faced criticism because fewer than 7 million people have been immunized so far, far short of initial projections for the opening weeks of the vaccination campaign that started last month.

“The status quo is not acceptable,” said Jen Psaki, the Biden transition team’s press secretary, confirming the new administration’s plans to retain only a small reserve of shots in weekly shipments from OWS to states. OWS had previously set aside enough shots to guarantee a second dose for everyone who received a first shot. The Biden team’s goal is to administer 100 million shots during the president-elect’s first 100 days in office.

Both of the currently authorized vaccines require two shots: Pfizer’s calls for a booster 21 days later, while Moderna’s is given 28 days later. Biden is confident the manufacturers will produce enough shots in the coming weeks to ensure all second doses are available in time. The new administration will use the wartime Defense Production Act so that the manufacturers have enough raw materials to produce the two vaccines, Psaki said.

But some public health experts say there’s just one problem: States can’t deliver the doses they are already getting, much less twice as many doses. There is a shortage of people to give the shots, as the US healthcare system braces against a surge in COVID-19 cases now killing 4,000 Americans a day.

“I’m talking to public health departments that tell me we can do testing or we can do vaccinations — we don’t have the people to do both,” said Emory University vaccine expert Carlos del Rio. He compared the Biden plan to fixing a water shortage by sending people more faucets.

“We need more vaccinators,” del Rio said. “Nobody thought to build out the capacity to give the shots. Now we need national leadership to do that.”

Other scientists are concerned about what could happen if an insufficient supply means some people are left getting only one dose. We don’t yet know how well the two-dose vaccines work if only one shot is given, and there is also concern that the virus could develop resistance to the vaccine if a single dose is not strong enough to thwart it.

On Wednesday, the Trump administration moved up plans to let pharmacies in 3,000 to 6,000 locations start providing shots, in response to the slow immunization rollout.

“We can do this, we have deep capacity already at delivering all kinds of vaccines,” Kathleen Jaeger of the National Association of Chain Drug Stores told BuzzFeed News. A plan her group released this week would have states send vaccines to 40,000 pharmacies nationwide, aiming to immunize 100 million people in a month’s time.

“The real limiting step is the number of vaccines, right now,” said Jaeger. Around 1 in 3 adult flu shots are now done at pharmacies in the US. Around 75 million flu shots have been given already this flu season, with as many as 8 million administered per week, according to the CDC.

The distribution network needed to handle more doses will require more money than the $3 billion announced by the Trump administration this week following the long-delayed passage of the second COVID-19 relief bill, del Rio said. Mobile facilities are needed to provide shots to people in lower-income communities, particularly among people of color long hesitant to get vaccines. “We need to hire more people to give shots — this isn’t rocket science,” he said.

Biden himself will receive his second shot on Monday, said Psaki, and 35 future White House staffers and cabinet members received their first shots on Friday. Next Thursday, the president-elect will lay out more details of his vaccine distribution plan.

“We need to ensure vaccine distribution is equitable,” said Psaki, adding that this will require “a significant amount of funding.”