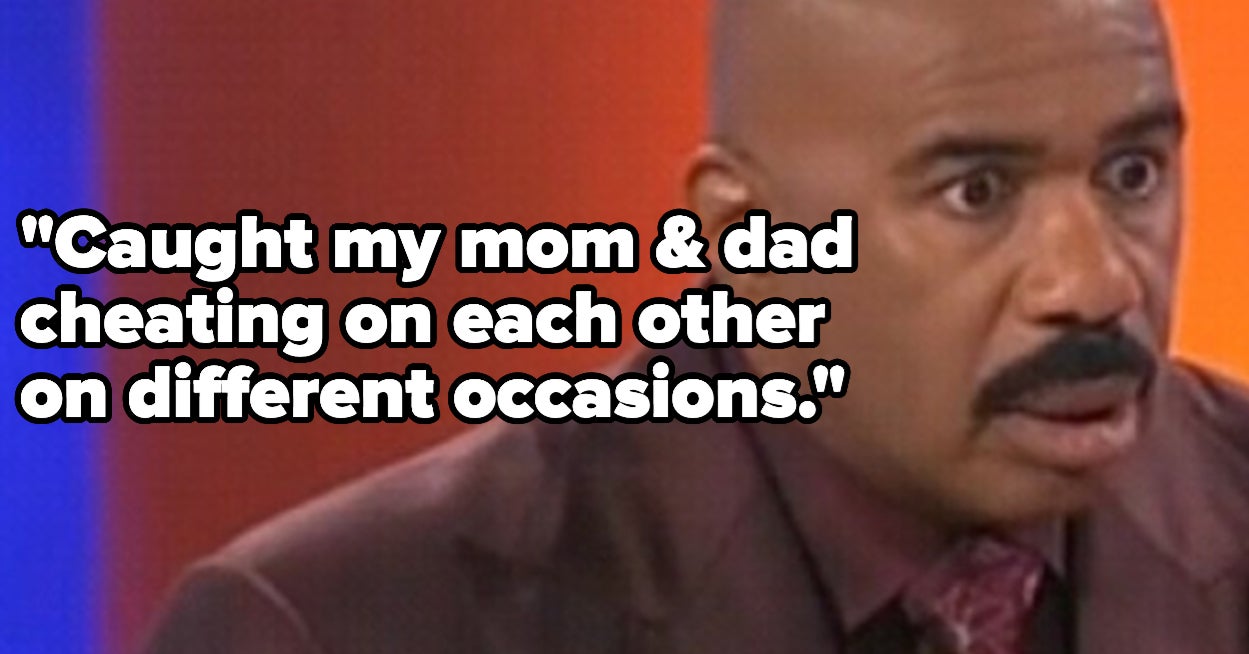 On Friday, Reddit user u/poutinerie asked people, “What’s a secret that you have that will probably die with you?”

It led to people sharing secrets that they’ve never shared before — until now. Before you read, keep in mind, some of these secrets discuss mature subject matter.

“I caught my mom and dad cheating on each other on different occasions when I younger, and they don’t know about it.”

“I slept with my dad’s girlfriend’s sister years ago, and there’s a chance I could be a father.”

“I had to buy my own engagement ring. Bless my wife, but she got scammed hard. The ring she got me was actually lead. It literally fell apart within weeks. So, I got a custom mold made, so I could make a duplicate in gold. I will never tell her. She’s so hard on herself already.”

“I have no intention of supporting my mother in her old age. I fully plan to either set her up in a home or foist her on one of my other siblings.”

“When I was an 18-year-old college freshman, I was arrested for public intoxication. I remember the RA on my floor loaned me money for bail, and I had to appear in court and had a conviction. Four years later as a college grad, I feared that I would be fired from a job for failure to disclose a conviction. Somewhere in my 20s, I hired a lawyer and was able to purge my conviction and retrieved all documentation (fingerprint card, mug shot, police report). Fifty years later, my siblings don’t know, and my parents (deceased) never knew. I’m going to burn everything before I go.”

“When I was young, my grandmother gave me a $1000 after coming over to her house and doing some chores for her. My parents never knew about it because they told me I would be paid in food and a bed to sleep in. I buried it in her backyard, and it’s still there.”

“I used to work at an investment bank. To get the job, I had to do assessments, which included an Excel financial modeling test. They left me in a room with a laptop. I had no idea where to start once I opened the spreadsheet. I noticed a previous candidate’s attempt was saved on the desktop. So, I copied it, added a few tweaks of my own, and ended up getting the job.”

“My cousins is adopted. And the weird thing is, he always brags about being the first-born grandchild and leader of the family. Also, his older sister is adopted and everyone knows. He makes comments like, ‘She’s a part of the family, but since she’s not blood-related, I’m the oldest grandchild.’

I don’t think I was ever supposed to find out this secret. I’m a very nosy person, and one day I was looking at everyone’s birth certificates, doing natal charts, and noticed I couldn’t find his until I came across adoption papers.”

“I’m that guy that everyone talks to whenever they’re troubled, and honestly, I don’t care about their stories. I have some depressed friends that talk to me often about their depressions, and I feel nothing whenever they talk about it. I do give them the attention and advice if they need it, but I really just don’t care.”

“My sister ordered me a drink once at a bar. I sipped it, and it was absolutely disgusting, so I spit it back through the straw. Thirty minutes later, she asked if I was going to drink it, while grabbing for it. My brain didn’t react fast enough, and she drank it. I will never tell her she drank my spit.”

“I’m pretty much indifferent about my relationship, but I’ll probably stick it out because I have nothing better to do.”

“I’ll never tell my dad that I know I have a half-brother and maybe a half-sister.”

Have any secrets that you want to share? If you’re comfortable, let us know in the comments below!