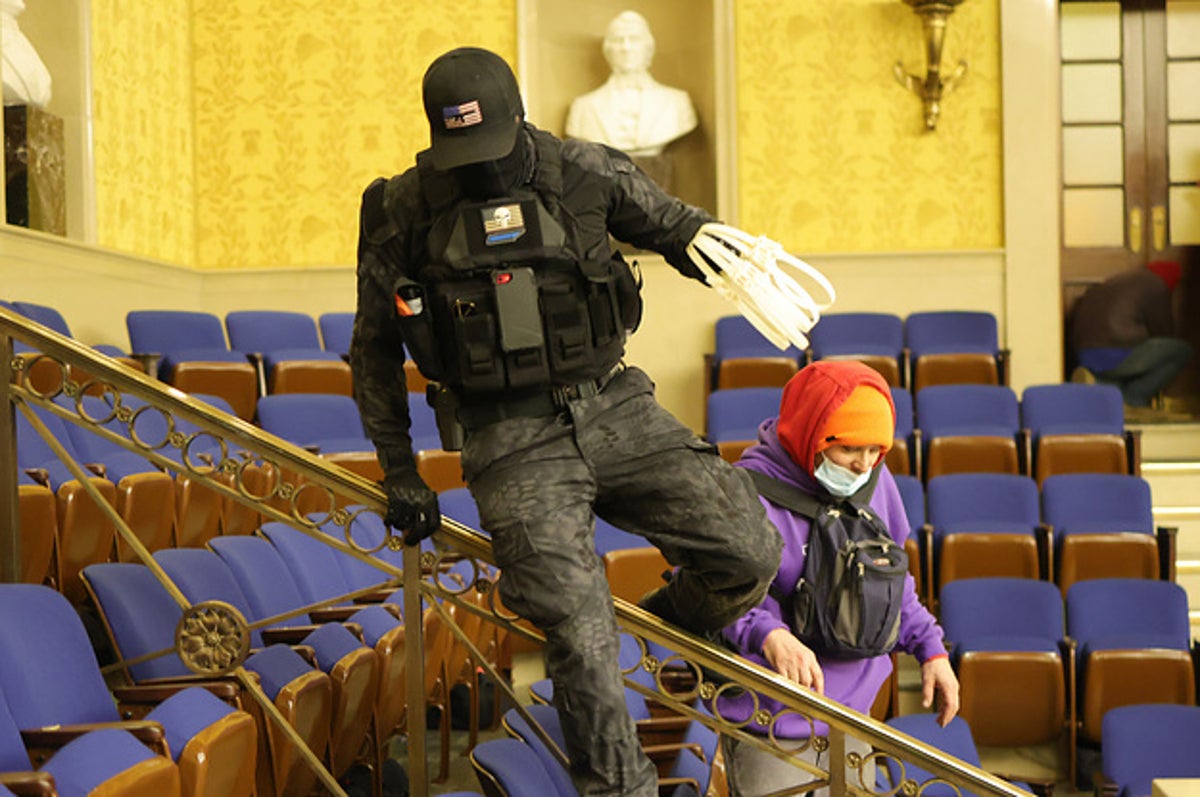 
A Trump supporter was arrested on Sunday after being identified as the black-clad rioter who brought zip ties to the US Capitol during Wednesday’s coup attempt.

Eric Gavelek Munchel was arrested in Tennessee and charged with one count of knowingly entering a restricted building and one count of violent entry and disorderly conduct, according to the Department of Justice.

A Getty Images photograph from Wednesday’s storming of the Capitol showed a man dressed in tactical gear hopping a handrail inside the Senate Chamber. Thousands of Trump supporters had violently overpowered police at the Capitol grounds, with some breaching the building. The photograph spread widely and sparked fears that rioters had planned to take hostages or otherwise detain lawmakers and their staffs; in October, the FBI thwarted a plot to by right-wing extremists to kidnap Michigan Gov. Gretchen Whitmer.

According to the Department of Justice, Munchel is believed to be the man in the photo, shown with the plastic restraints as well as a holster at his right hip. Authorities did not identify the item in the holster, but in a livestream reported by Nashville’s News Channel 5, Munchel said he had been carrying a Taser and described himself as a “hidden patriot.”

People online had previously identified Munchel as the man in the photograph, combing social media based on various clues. Photos and video showed he was among the Trump supporters who marched in DC on Wednesday, they found, and he livestreamed part of the day’s events. His Facebook page has since been taken down.

Double zip ties as shown in the Getty photo are also known as flex cuffs and often used by police in settings involving large crowds. The Department of Justice did not say what Munchel had planned to do with the cuffs.

Another man, Larry Rendell Brock, was also arrested on Sunday and charged. Like Munchel, he was also identified as holding a flex cuff inside the Capitol, authorities said.