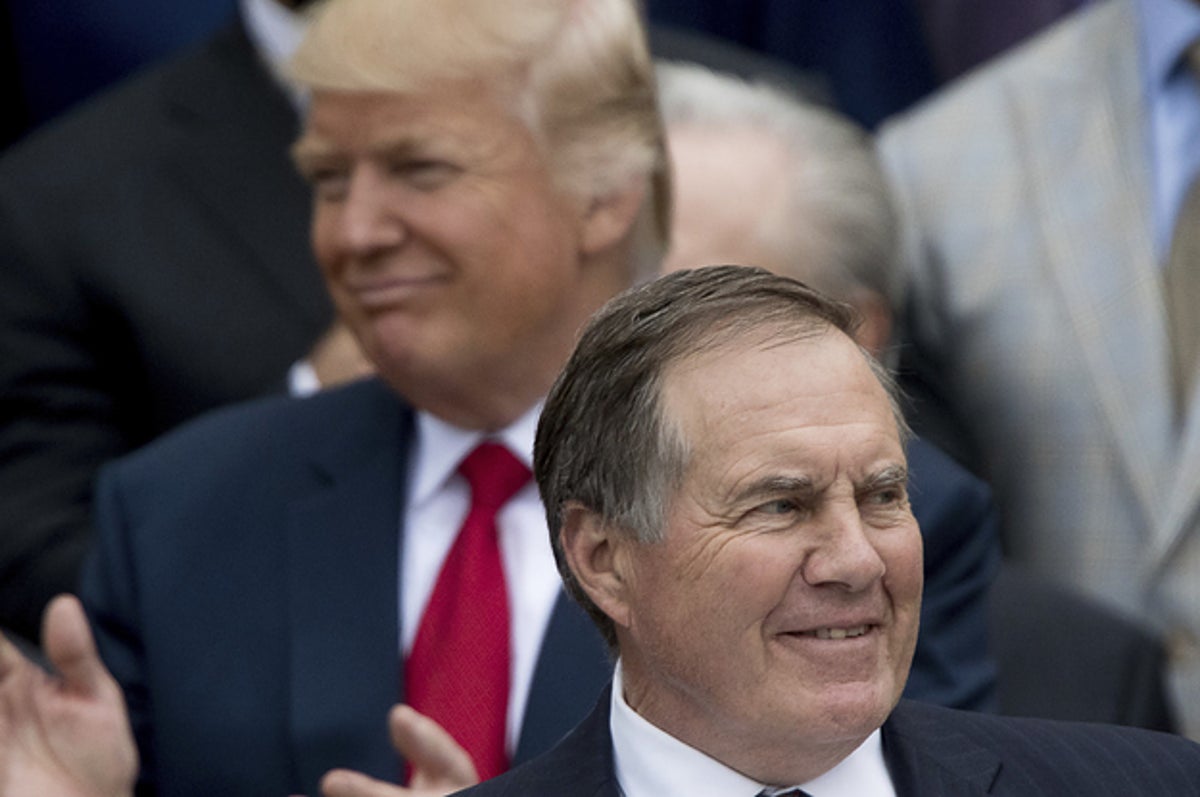 
New England Patriots coach Bill Belichick said he will not be receiving the Presidential Medal of Freedom, the nation’s highest honor for a civilian, which he had been set to receive from President Donald Trump.

Belichick, who has been friends with Trump for years, was set to receive the honor Thursday, just days after a violent mob attacked the nation’s Capitol in an attempted coup.

In a statement obtained by BuzzFeed News, the famed coach confirmed he was set to receive the Presidential Medal of Freedom, but that a decision was made not to go forward with the ceremony because of the violent events from Wednesday. Belichick did not name Trump or the president’s incitement of the violent mob in the statement, but the coach did describe his personal commitment to freedom and democracy.

“Recently, I was offered the opportunity to receive the Presidential Medal of Freedom, which I was flattered by out of respect for what the honor represents and admiration for prior recipients,” Belichick said in the statement. “Subsequently, the tragic events of last week occurred and the decision has been made not to move forward with the award.

Belichick is the only football coach to have won six Super Bowl titles.

The decision was a sudden one: As recently as Sunday, Politico and the Associated Press cited unnamed White House officials in reports Belichick was set to receive the award.

“Above all, I am an American citizen with great reverence for our nation’s values, freedom and democracy,” Belichick said in his statement. “I know I also represent my family and the New England Patriots team.”

The cancelation of the event comes as Trump continues to face sharp criticism and the possibility of impeachment for his role in the violent insurrection at the Capitol.

As Trump’s presidential term comes to a close, he’s rewarded his friends and allies with the Medal of Freedom, which is supposed to recognize “an especially meritorious contribution to the security or national interests of the United States, world peace, cultural or other significant public or private endeavors.”