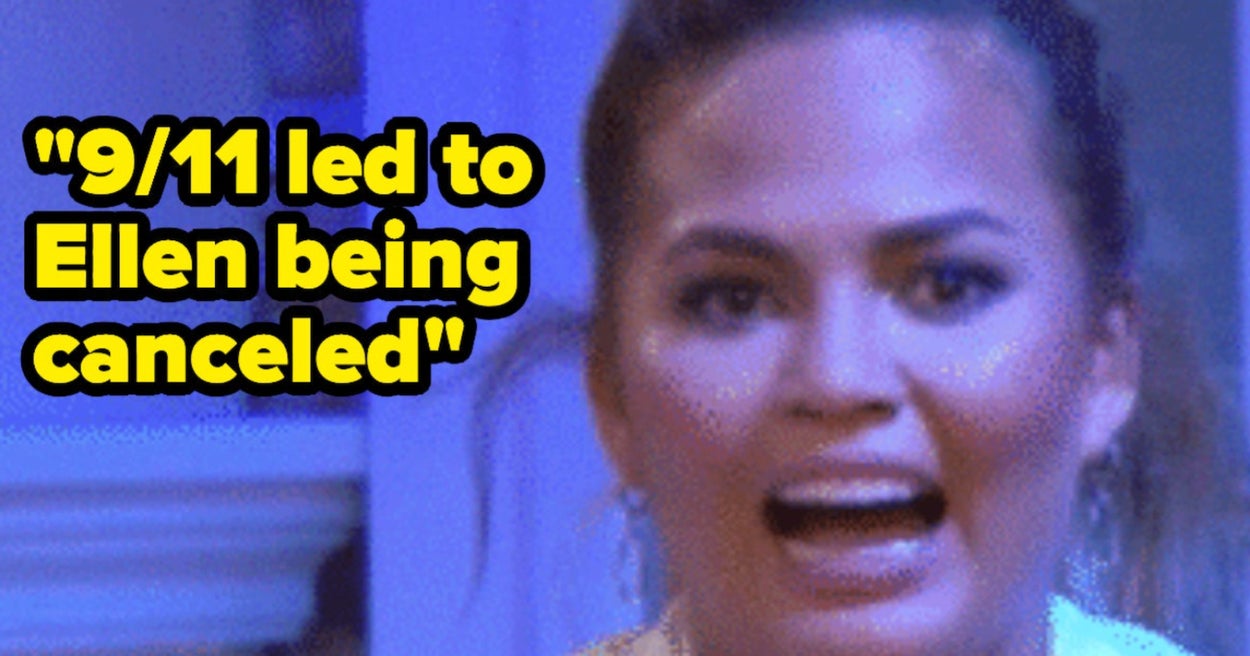 Have you ever heard of a historical domino effect? It’s basically when one series of seemingly unrelated events affects a later event, years later.

Here are some of the best:

Romanovs are responsible for 50 Shades of Grey:

“So the Romanovs died, and the USSR was formed, which was communist. This led to the Cold War happening for decades. After the Soviets got involved in Afghanistan, Ronald Reagan gave the Afghans weapons in the ’80s. These weapons were used by terrorists on 9/11. That was observed by Gerard Way, who created My Chemical Romance. This led to Stephanie Meyers being inspired and so she created the Twilight series, which inspired 50 Shades of Grey.”

Joe Biden is responsible for a lot of pop music today:

“The fact that Joe Biden is responsible for a huge chunk of the modern music industry. Pete Wentz’s parents met at a Joe Biden rally, so Pete Wentz was born. Pete and Fall Out Boy helped inspire a whole bunch of other artists, like Taylor Swift, Gym Class Heroes, Cobra Starship, and Panic! At The Disco.”

Prince Arthur got a cold, so England made a whole new religion:

“Henry VII’s first son was Prince Arthur. He married Princess Catherine of Aragon; but four months after they married, he got tuberculosis and died. After this, Henry VII’s second son Henry became the heir and married Princess Catherine. This Henry was Henry VIII, who asked the pope for an annulment and long story short, the pope said no. So, Henry VIII made himself ‘Supreme Head of The Church of England.'”

“Gerard Way watched the Twin Towers fall on 9/11, which inspired him to start My Chemical Romance, which was one of the largest inspirations behind Stephanie Meyers writing the Twilight series. Twilight was one of the inspirations behind E.L. James writing 50 Shades of Gray. This was turned into a film series, starring Dakota Johnson, which led to her being on talk shows like Ellen. That led to the groundbreaking ‘Actually, that’s not the truth, Ellen.'”

“In 1997, Star Trek: Voyager wasn’t doing well with ratings, so they introduced a new character acted by Jeri Ryan. She and her husband Jack eventually got divorced in 1999 because of her time on that show. Fast-forward to 2004, when Jack Ryan was running for a Senate seat in Illinois. During that race, juicy details from his divorce were released, and they didn’t make him look very good. This led to him dropping out and led to the GOP having a lot of time to find a replacement to run against none other than Barack Obama, who won in a landslide.”

Johnny Carson and Joan Rivers’ fallout in 1988 led to the version of Olaf the Snowman we all know:

“Joan was Carson’s permanent guest host on theTonight Show and when they fell out, the role went to Jay Leno. Leno got the Tonight Show gig when Carson retired, despite Carson wanting it to go to David Letterman. Letterman got his own show. And Late Night was either going to go to Conan or Jon Stewart, but went to Conan. Stewart got his own show. When that failed, he went to the Daily Show when the previous host left. Under his tenure, the comedian ‘correspondents’ became famous. One of them was Josh Gad, who played Olaf.”

“These guys tried to assassinate Franz Ferdinand by throwing a bomb at the car. It failed, so the killers went and got a sandwich. The car was damaged from the bomb, and it actually broke down in front of the place where the killers got the sandwich. The men realized who it was and went out and killed the archduke, leading to WWI.”

“A book written by Jane Austen on the 1800s led to current fashion trends and Iggy Azalea’s ‘Fancy’ music video. Clueless is an adaptation of Emma. The ‘Fancy’ video replicated the looks from Clueless. Many people today also emulate the looks from Clueless. Without Emma, there is no Clueless, and without Clueless, there’s no ‘Fancy’ music video.” — nintengods

Do you know any historical domino effects? Let me know in the comments below!