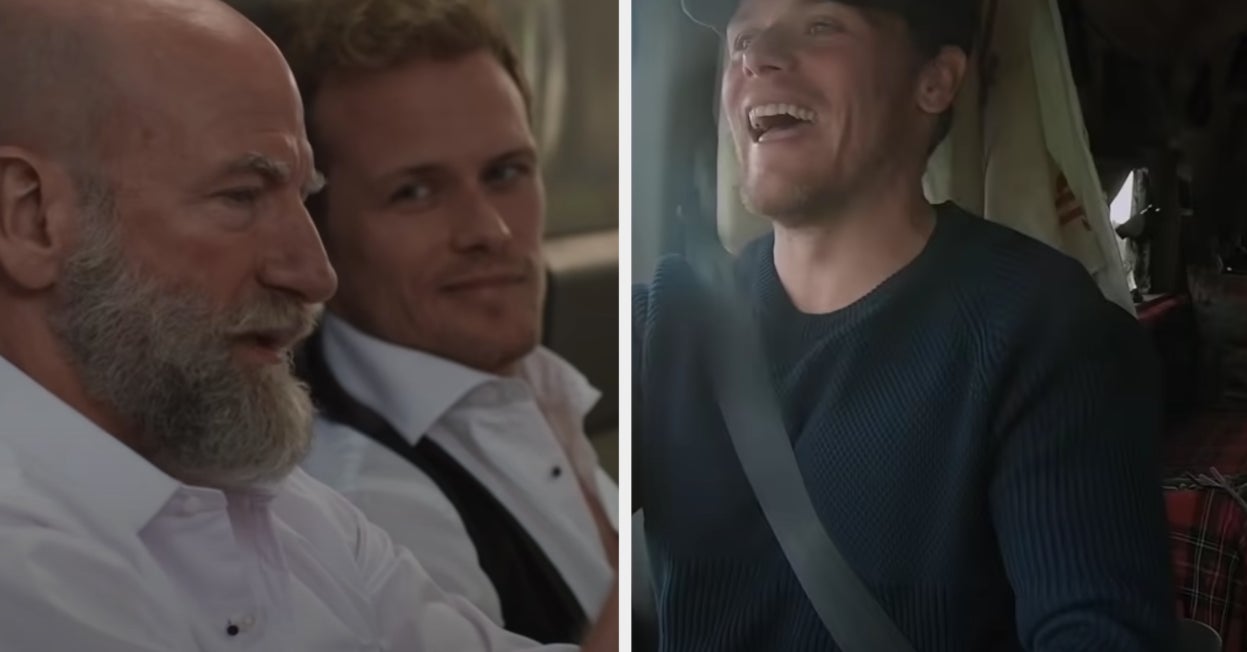 The Droughtlander has not yet subsided, but Outlander fans have been gifted a few driblets of rain.

Sam Heughan and Graham McTavish are starring in a new series called Men In Kilts: A Roadtrip with Sam and Graham on Starz.

Not gonna lie, the trailer alone is enough to get me all hot and bothered.

Men In Kilts is a deep-dive into Scottish culture, colorfully narrated by two of our favorite Scotsmen.

And you can bet your bottom dollar there will be more than enough men actually in kilts content. Primarily, Sir Jamie Fraser himself.

They gobble down some delicious-looking food…

…set sail in what is probably the Atlantic Ocean…

…and motorcycle together in the purest form.

At some point on the show, I guess they also take on a tandem bike together.

From the looks of the trailer, it seems Graham and Sam are just as excited for the premiere as the rest of us.