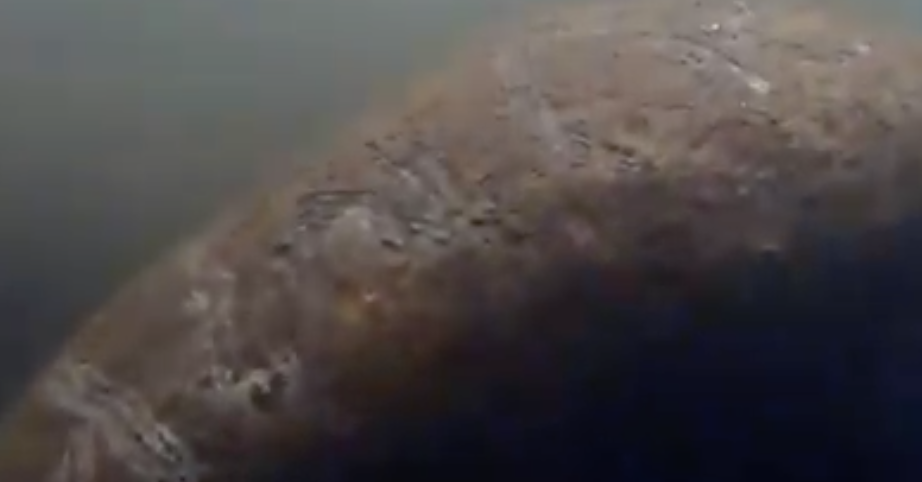 
Federal authorities are investigating after a manatee in Florida was discovered with the word “TRUMP” scrawled onto its back.

A spokesperson for the US Fish and Wildlife Service told BuzzFeed News that the mammal did not appear to be “seriously injured,” saying that the word was evidently etched into the algae on top of its skin.

An underwater video shared with Fox 35 News in Orlando by boat captain Hailey Warrington showed the markings on the manatee as it moved through the Homosassa River.

Warrington told the local TV station that she had spotted the manatee, whom she recognized as a regular in the area, as she was leading a tour on Sunday.

“It was an uncharacteristic thing for us to see,” she said, adding that even though it didn’t look like it was wounded, “it did seem that the animal was very upset.”

Manatees, which are protected under the Endangered Species Act, are slow-moving herbivores with no natural predators. According to the Center for Biological Diversity, humans regularly pose a danger to the mammals, particularly with boat collisions.

The center is offering a $5,000 reward for information leading to an arrest.

“Manatees aren’t billboards, and people shouldn’t be messing with these sensitive and imperiled animals for any reason,” said Jaclyn Lopez, Florida director at the center. “However this political graffiti was put on this manatee, it’s a crime to interfere with these creatures, which are protected under multiple federal laws.”

Harming or harassing a manatee is a federal offense punishable by up to one year in prison and a $50,000 fine.