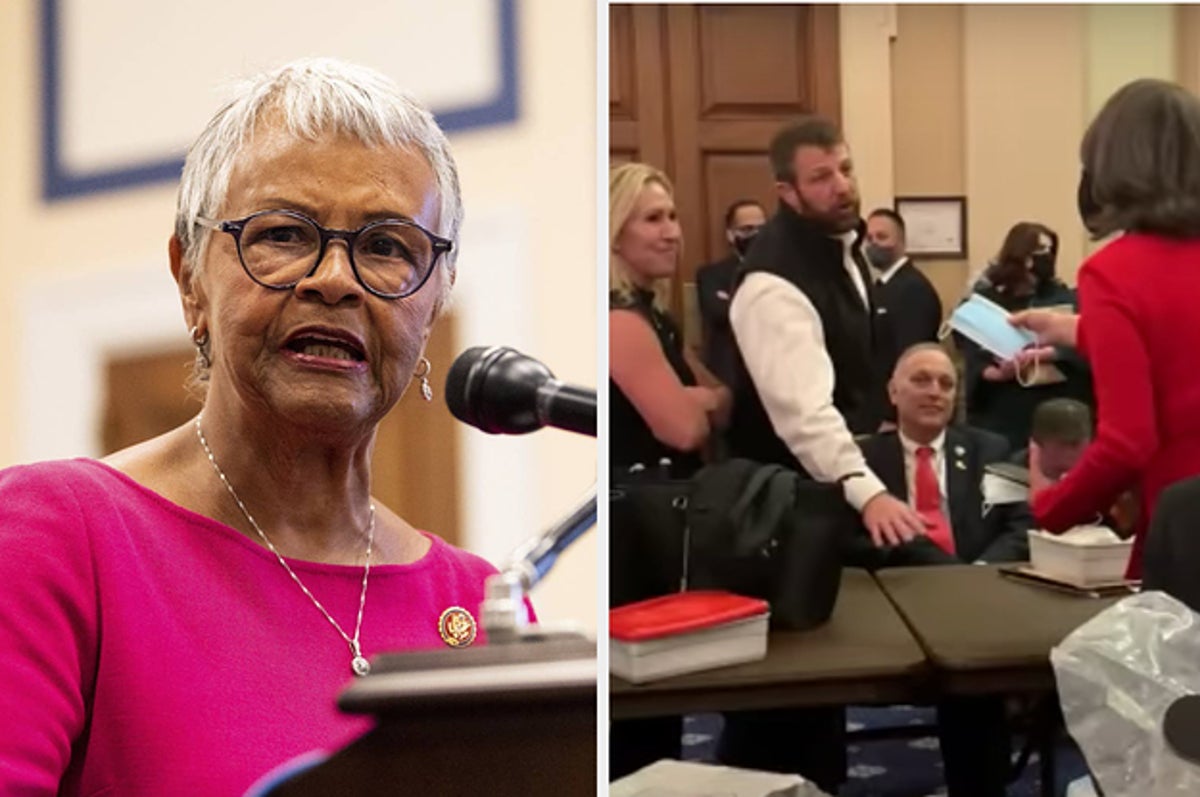 
Democratic Reps Bonnie Watson Coleman and Pramila Jayapal on Monday announced they tested positive for COVID-19, adding they believed they were exposed to the virus while in protective isolation during the attack on the Capitol, where several of their colleagues refused to wear face masks.

“I received a positive test for COVID-19, and am home resting at this time,” Coleman said in a statement. “While I am experiencing mild, cold-like symptoms, I remain in good spirits and will continue to work on behalf of my constituents.”

Jayapal also tested positive Monday, and called out her Republican colleagues for refusing to wear masks while forced to isolate during the attack.

“Many Republicans still refused to take the bare minimum COVID-19 precaution and simply wear a damn mask in a crowded room during a pandemic — creating a superspreader event on top of a domestic terrorist attack,” Jayapal said.

The two democrat lawmakers are now in isolation.

Watson Coleman and Jayapal were rushed off the floor of the House of Representatives Wednesday as Trump supporters attacked the Capitol, violently forcing their way past police.

While isolated in a room, video footage shows that at least six Republican members of Congress refused to accept face masks.

“I’m not trying to get political here,” Oklahoma Rep. Markwayne Mullin can be seen telling Rep. Lisa Blunt Rochester, who was handing out the masks. “I appreciate you.”

The video was published by Punchbowl News.

In a statement, Watson Coleman’s office said she believed she was exposed while in protective isolation.

Watson Coleman is a cancer survivor who underwent chemotherapy in 2018.

On Sunday, the Capitol’s attending physician notified members of Congress that they may have been exposed to someone who tested positive for COVID-19 while they were being sheltered during the attack, the Associated Press reported.

“Individuals may have been exposed to another occupant with coronavirus infection,” Dr. Brian Monahan told the lawmakers.

Among the members of Congress who are seen wearing no masks and refusing one when offered were Mullin and Georgia Rep. Marjorie Taylor Greene.

Greene is a new member of Congress who has openly supported and spread lies of the mass delusion QAnon and reportedly refused to wear a mask earlier this month on the floor of the House. She later did don a mask that read “Trump won,” propelling the lie that President Donald Trump won the election.

Rep. Andy Biggs of Arizona, Rep. Scott Perry of Pennsylvania, Rep. Michael Cloud of Texas, and Rep. Doug LaMalfa of California were also seen in the video without masks.

President-elect Joe Biden, speaking after he received the second dose of the COVID-19 vaccine, called the refusal of Republican lawmakers to wear the masks as they sheltered in place “irresponsible.”

“I was appalled,” Biden said. “It’s not a political issue. It’s an issue of public safety.”

Watson Coleman also reported that she had already received the first of two doses of the Pfizer/BioNTech vaccine, like many of her colleagues.

The CDC has said, however, that infection of the novel coronavirus is still possible after a vaccine, noting that it takes a while for the doses to get the body to build immunity.

“It typically takes a few weeks for the body to build immunity (protection against the virus that causes COVID-19) after vaccination,” according to the CDC. “That means it’s possible a person could be infected with the virus that causes COVID-19 just before or just after vaccination and still get sick. This is because the vaccine has not had enough time to provide protection.”

Mullin, Greene, Biggs, Perry, Cloud, and LaMalfa did not immediately respond to requests for comment.