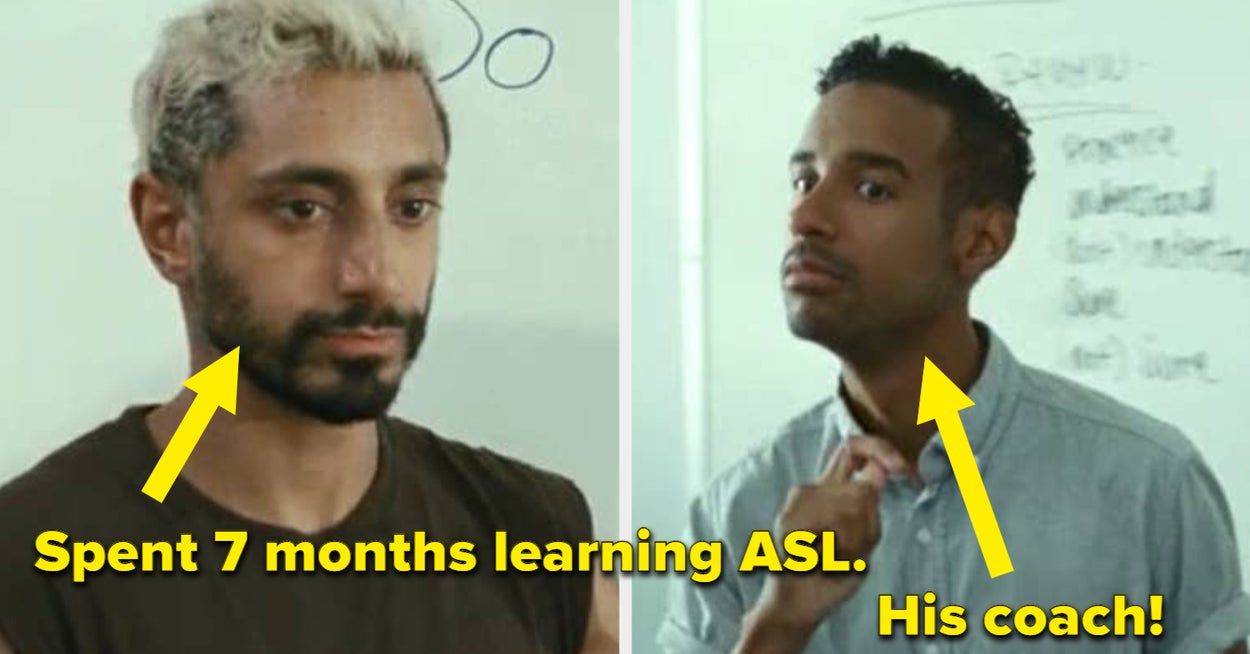 In case you haven’t seen it yet, Sound of Metal is a film that follows the journey of metal drummer and addict Ruben (Riz Ahmed) as he begins to lose his hearing.

Basically, the movie is great and here are some behind-the-scenes facts about it:

Stone, BTW, also portrays the ASL teacher in the film…

…and was director Darius Marder’s creative assistant during production.

Ahmed and Stone became such good friends during the process that Ahmed actually attended Stone’s wedding.

He also learned to play the drums in seven months for the role.

Ahmed and Olivia Cookie (who plays Lou) actually played in a real night club in front of a real audience.

Cooke said that her and Ahmed bonded over the “sheer terror” of having to really perform as a band.

Paul Raci, the actor who plays Joe, is a C.O.D.A. (Child of Deaf Adults) and is a hearing person who grew up with deaf parents.

…and the lead singer of a Black Sabbath tribute band called Hands of Doom ASL ROCK.

The games Diane (played by Lauren Ridloff) and her students play are real ones Ridloff brought from her personal experiences to the film.

Before production, supervising sound editor Nicolas Becker brought Marder to an anechoic chamber — a room designed to absorb all sound — so they could experience what it’s like to not hear anything, just the sound of their bodies.

The sounds Becker created for Ruben’s cochlear implants were based on description.

The film was actually in development for about a decade before getting made.

And finally, this is filmmaker Darius Marder’s first feature film as a director. Previously, he was best known for writing the screenplay for The Place Beyond the Pines.