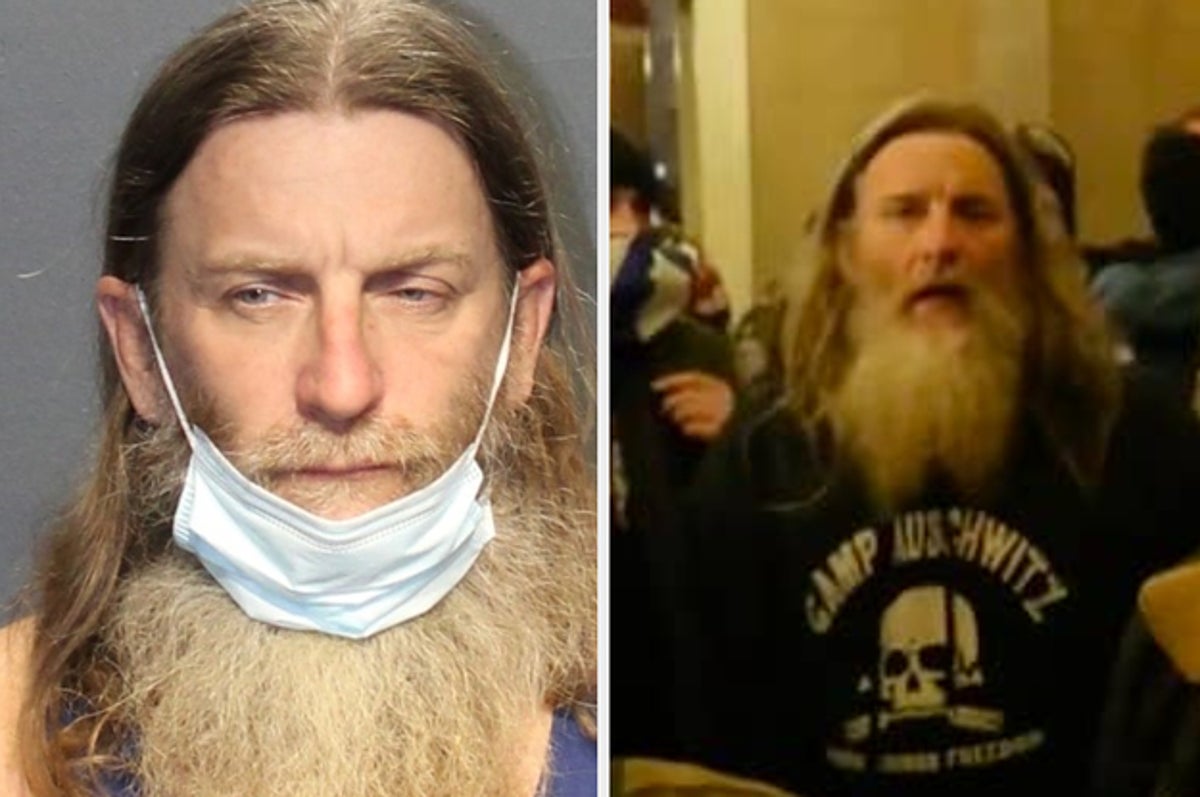 
A man who wore a “Camp Auschwitz” sweatshirt during last week’s insurrection at the Capitol was arrested by US Marshalls in Virginia on Wednesday.

Packer was photographed multiple times during the pro-Trump riot at the Capitol, including in an ITV News report where people next to him showed off that they’d torn down the name plate of the Speaker of the House, Nancy Pelosi.

For many, the blatant white supremacist outfit he wore symbolized the racist elements of the violent attempted coup. Packer’s navy sweatshirt advertising the Nazi death camp, where an estimated 1.1 million people were killed during the Holocaust, also included an English translation of the “Work Brings Freedom” sign that stood over its gates.

A local news reporter from 13NewsNow published the arrest warrant for Packer, which shows he was charged for knowingly entering a restricted building and for violent entry and disorderly conduct.

The court records have been sealed. He is due to appear in court lunchtime Wednesday.

Multiple internet sleuths — including former colleagues and neighbors — had identified Packer in recent days after photos of him wearing the white supremacist went viral.

The FBI Norfolk office, US Marshalls, Office and Newport News Police did not immediately respond to BuzzFeed News.

So far, over 70 people have been charged with crimes relating to their involvement in the Capitol insurrection, ranging from trespassing to illegal possession of explosive devices and assault rifles.

The Justice Department has opened more than 170 “subject files” on people who are suspected of committing crimes during the attack.

Prosecutors say some of those arrested may be charged with sedition and conspiracy.