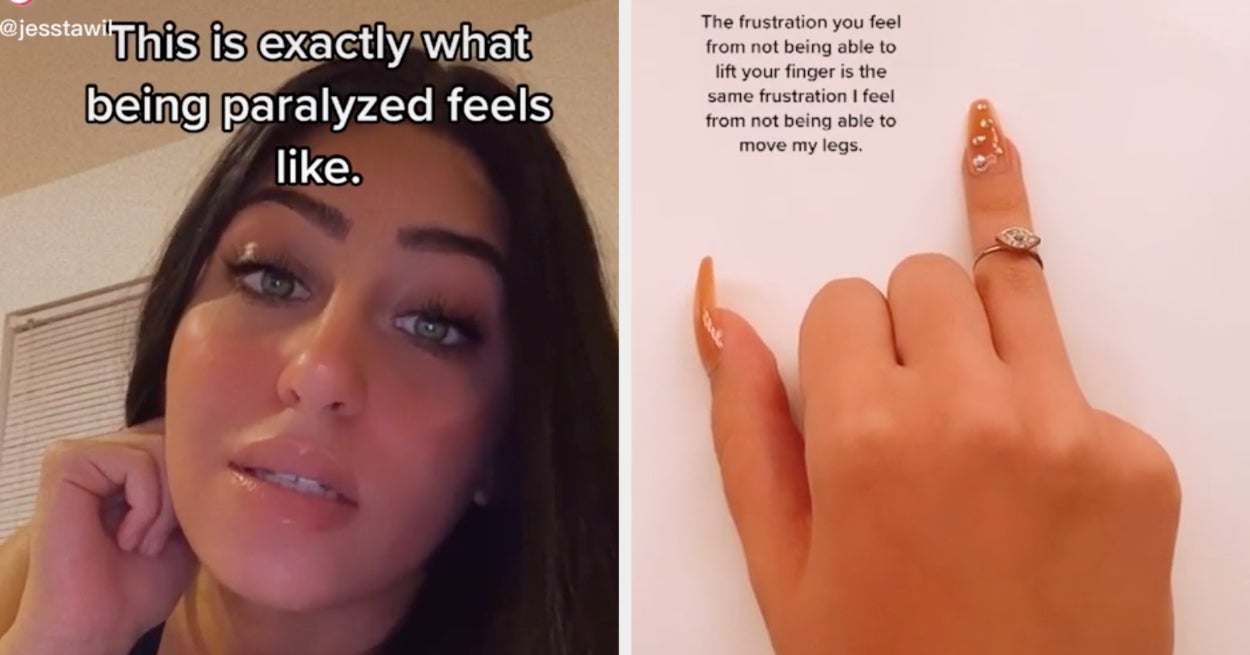 Jessica Tawil, a 22-year-old from New Jersey, has accrued nearly 1 million TikTok followers since she posted her first video in November of last year. Her content focuses on an all-encompassing aspect of her daily life — the fact that she’s paralyzed from the waist down.

Many people commented on how frustrated and anxious the demonstration made them feel.

Jessica has had to face those emotions — and more — every day for six years. The car accident that led to her paralysis occurred on November 15, 2014.

She had gone over to a friend’s house in high school, but wasn’t told that men she had never met before would be there too. They brought drugs and alcohol, and Jessica felt uncomfortable. “When I eventually asked them to take me home, they took me to an abandoned road instead. When we got to this road, the driver stopped the car and put his foot on the gas and brake at the same time, doing a burnout with his wheels. He lost control of the car and crashed into a tree,” she said.

“Above all, I go through episodes of autonomic dysreflexia every single day of my life, which is where my body attacks me because it is in complete confusion. For example, if I do not use the bathroom on time, my blood pressure will skyrocket, I will start sweating profusely, have shortness of breath, and turn extremely red. In short, if I go long hours without using the bathroom, I could potentially die.”

Jessica’s accident has led to her being more reclusive and less trusting of others. But she can still see some light in the darkness. “On the positive side, I have become a lot more spiritual and grateful to have been given another chance at life,” she said. “My accident has emphasized the fact that we are not promised tomorrow, and that we should always be grateful for the simplest things in life.”

Jessica hopes her TikToks can be “that voice in someone’s head — particularly a teenager at a party or a college student that is about to get into a car with people they barely know,” she said. “I want them to think of my story and make better decisions, as they could easily be put in the same position as I am.”

If you were touched by Jessica’s story, you can follow her on TikTok for more detailed videos about her life.