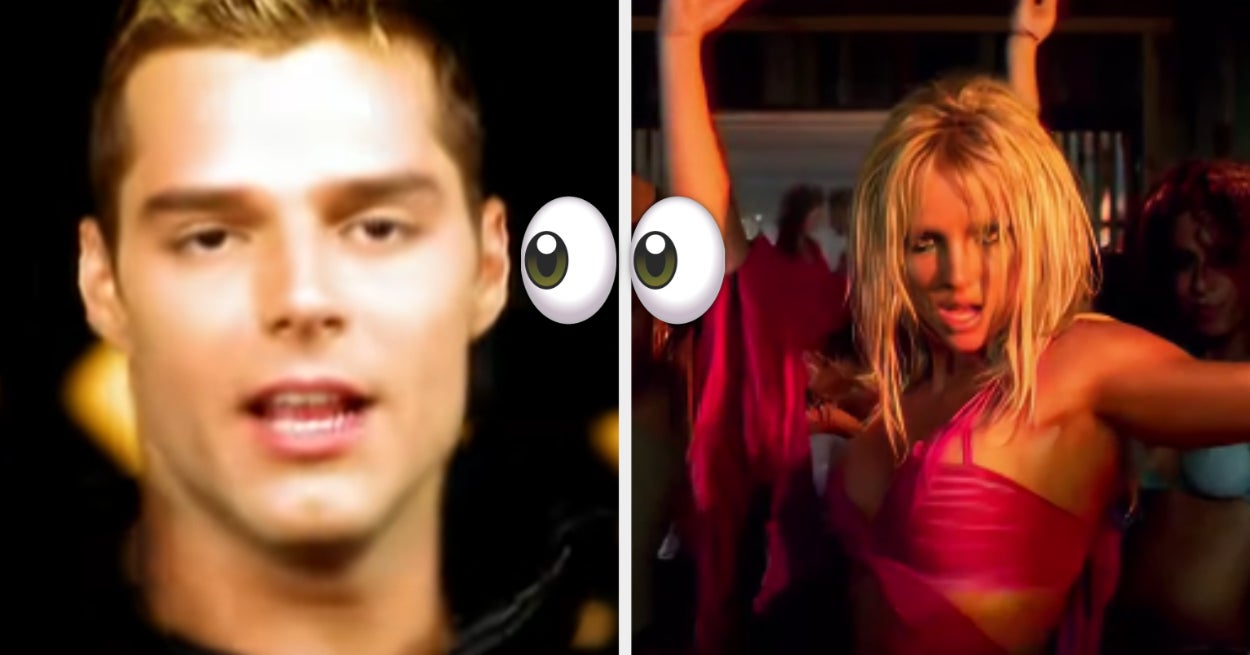 André 3000 apologizing while showing off his abs in OutKast’s “Ms. Jackson.”

Ricky Martin getting hot wax poured on him in “Livin’ La Vida Loca.”

And Ricky getting his abs and chest rubbed down by random hands in “She Bangs.”

Justin Timberlake’s armpit in “Tearin’ Up My Heart.”

The guy jizzing champagne on everyone in Jennifer Lopez’s “Waiting for Tonight” video.

Adam Levine humping on his girlfriend in his underwear in Maroon 5’s “This Love.”

The smorgasbord of hot guys who got out of the elevator in Toni Braxton’s “You’re Making Me High” video.

And Tyson Beckford being shaved in Toni’s “Un-Break My Heart” video.

The guy with 72 abs in Britney Spears’ “Don’t Let Me Be The Last To Know” video.

And the sweaty and glistening guys slithering on everything in Britney’s “I’m A Slave 4 U” video.

Wentworth Miller’s smirk in Mariah’s “We Belong Together” video.

The random guy who was basically there for his abs in the video for Jennifer Paige’s “Crush.”

Stephen Dorff in nothing but a pair of low-rise jeans in Britney Spears’ “Everytime” video.

Usher taking off his shirt in the “Confessions” video.

The twunks in skintight clothing in Shania’s “Man! I Feel Like A Woman.”

The shirtless guys partying in the background of Jimmy Eat World’s “The Middle” music video.

The random grungy guy in Jewel’s “You Were Meant For Me.”

Ginuwine humping the air in “Pony.”

Anytime someone from 98 Degrees showed their arms.

Nick Lachey in the “The Hardest Thing” video.

Enrique Iglesias shirtless for three seconds in the video for “Escape.”

And that one Enrique Iglesias video where the girl gets on her knees and exposes his midriff.

The douchey guys in Speeedos in the Sum 41 “In Too Deep” video.

The gyrating cowboys in Madonna’s “Don’t Tell Me.”