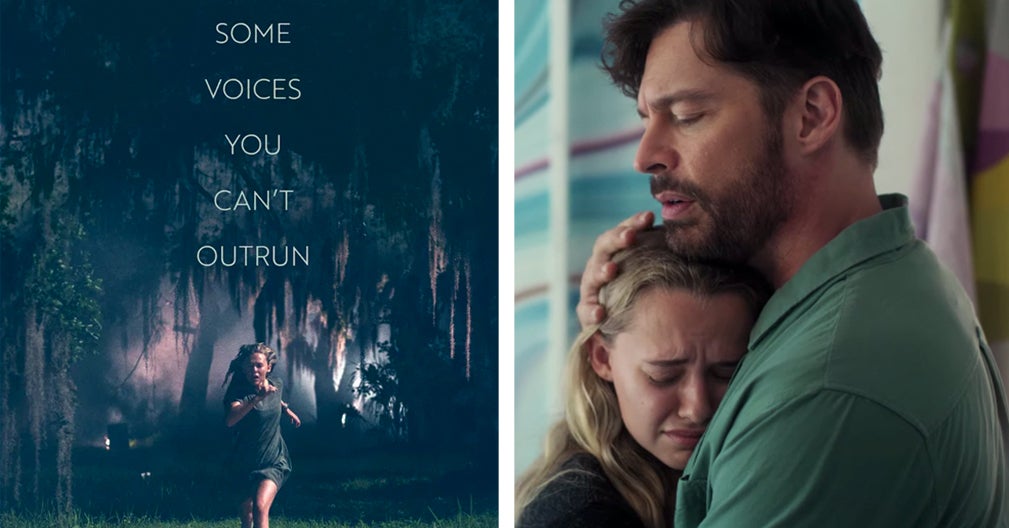 I don’t know if it’s because I’ve been watching too much Netflix lately, but I feel like I haven’t seen a good YA movie in awhile.

That is until I saw the trailer for Fear Of Rain, which is an upcoming thriller starring Madison Iseman, Katherine Heigl, Israel Broussard and Harry Connick Jr.

Oh, and it was also written and directed by none other than Castille Landon, who you might recognise from the After series.

The movie centres on teenager Rain Burroughs (played by Iseman) and her experiences after being diagnosed with schizophrenia.

This is portrayed through her everyday struggle of determining which of the vivid images, voices and intense feelings she experiences are real and which are all in her mind.

Things take a spooky turn, when Rain goes against her parents’ (played by Heigl and Connick Jr.) advice and investigates the shadows and cries she’s been hearing from her neighbour’s attic.

But, there’s ANOTHER twist. Rain enlists the help of Caleb (played by Broussard), the charmingly awkward new boy at school who may not even believe her.

Judging by the trailer, this sure looks like one movie that’s bound to keep you on the edge of your seat.

Now, it’s fair to say that Hollywood has a long history of doing more harm than good when it comes to portraying mental illnesses. But, with Fear Of Rain, it’s important to note that the director’s greatest priority with this film is to “shatter stereotypes of portraying persons with serious mental illness as dangerous villains, unworthy of love.”

Instead, Landon wanted to portray Rain as an “empathetic, layered and beautiful character”, which is a refreshing take and message to represent, especially in a teen movie.

This also ties back into Landon’s research for Fear Of Rain, with the movie’s development being influenced by her exploration of schizophrenia in young persons.

So while this looks like a great YA thriller, it’s also hopefully an important opportunity for some in the schizophrenia community to be seen and heard.

Here’s the trailer for Fear Of Rain, which comes out on February 12!