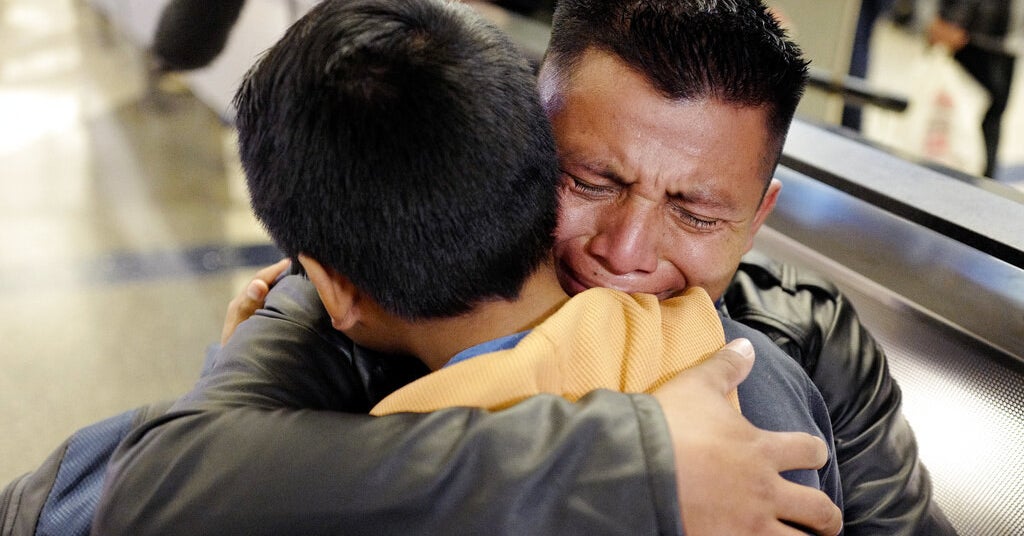 
Top Justice Department officials under President Donald Trump pushed to separate immigrant families at the border despite knowing how difficult it would be to reunite them, according to a government watchdog report released Thursday.

In spring 2018, the Trump administration announced the “zero tolerance” policy, which called for prosecuting everyone who was caught crossing the border illegally. In practice, from May 5 to June 20 that year, the policy resulted in the separation of more than 3,000 children from their parents, prompting widespread backlash and confusion.

Lawyers working to reunite immigrant families separated at the border said Wednesday that they still can’t find the parents of 611 children.

In its report, the Department of Justice’s inspector general found that Jeff Sessions, who was attorney general at the time, and other leaders at the Justice Department did not effectively coordinate with government agencies that would ultimately be involved in prosecuting the parents and caring for the children.

“We concluded that the Department’s single-minded focus on increasing immigration prosecutions came at the expense of careful and appropriate consideration of the impact of family unit prosecutions and child separations,” the report states.

A draft of the report was first reported by the New York Times.

Prior to the zero tolerance policy, the Justice Department was made aware of the challenges that would result from the increased immigration prosecutions, but officials did not attempt to address them until after the policy was instituted, the report states.

During a call with five US attorneys along the southern border who expressed concern about the separations, Sessions said the Justice Department was committed to prosecuting immigrants who cross the border illegally and offered to get additional personnel.

“We need to take away children,” Sessions said, according to notes taken by one of the attorneys during the meeting that were included in the report. “If care about kids, don’t bring them in; won’t give amnesty; to people with kids.”

The report also documented how planning between the Department of Homeland Security and DOJ — and within the agency itself — had broken down throughout the process. Prosecutors in border regions said they were not initially aware of the impact of the zero tolerance policy.

“[United States Attorney’s Offices] did not understand the zero tolerance policy to apply to family units, and US Attorneys expressed surprise when they learned in early May 2018 that DHS would begin referring family unit adults for prosecution,” the report states.

Gene Hamilton, a senior Justice Department official, told investigators that pressure from the White House over increases in border apprehensions and a caravan of immigrants heading toward the US led to Sessions issuing the zero-tolerance policy. The day after an April 3 meeting at the White House, Sessions called Hamilton into his office and told him to write the zero tolerance memo.

Sessions “perceived a need to take quick action to ensure that the Department of Justice did its part to address ever-increasing illegal immigration,” Hamilton told the Justice Department inspector general.

Hamilton tried to shift the blame of family separations to the White House and the Department of Homeland Security. Hamilton told the Justice Department’s inspector general that ultimately the decision to prosecute parents who crossed the border with their children rested with Trump and Kirstjen Nielsen, then the DHS secretary.

“If Secretary Nielsen and DHS did not want to refer people with minors, with children, then we wouldn’t have prosecuted them because they wouldn’t have referred them,” Hamilton said. ” DHS claims ‘we didn’t know what this meant’ and ‘we weren’t coordinated with,’ that ‘DOJ was driving this.’ That is a false narrative because DHS had to refer the cases, they could have categorically said, ‘We are not referring people with children.’ And that was not under our discretion.”

Despite Hamilton’s statements, the DOJ Office of Inspector General determined that it was the Office of the Attorney General that was the “driving force” behind the decision to refer parents for prosecution.

Because immigrant children couldn’t go with their parents who were being detained by the US Marshals to face illegal entry charges in federal court, hundreds of separated minors were placed in the custody of the Department of Health and Human Services (HHS). Yet, despite the agency being tasked with the care of children separated as a result of the zero tolerance policy, investigators did not find any evidence that the Justice Department had discussed the family separations beforehand.

The lack of advance notice from the Justice Department and DHS hindered HHS’ ability to plan for family separations, which resulted in insufficient bed space to house children, facilities struggling to meet the unique needs of the minors, and difficulties in identifying separated kids in order to reunite them with their parents.

In putting together the zero tolerance policy, Sessions and the attorney general’s office referenced a pilot program launched by Border Patrol in 2017 that sought to increase illegal entry prosecutions and resulted in about 280 families being separated. The separations and the government’s inability in many cases to identify the location of separated children generated concerns from prosecutors, judges, and other stakeholders.

“Despite the concerns, the [attorney general’s office] focused solely on the increase in illegal entry prosecutions resulting from the El Paso Initiative,” the report said. “And did not seek readily available information that would have identified for them the serious issues that arose as a result of the prosecutions of family unit adults and the corresponding child separations.”