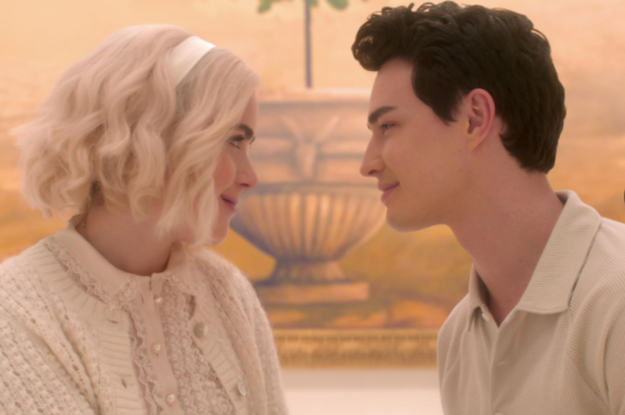 Chilling Adventures of Sabrina has sadly come to an end after four seasons — but we still have a bunch of burning questions. Warning: spoilers ahead!

Why did Prudence disguise herself as Penelope Blossom when she was hunting Blackwood in Part 3?

Will Lucas Hunt show up on Riverdale?

Speaking of Riverdale, will some of the CAOS characters crop up on the show now?

By the way — what was the deal with the plot inconsistencies between Riverdale and CAOS?

Where will witchcraft lead Roz?

Will Robin really stay with Theo?

What’s the deal with the Trinket Man?

What really happened with Sabrina’s parents?

What the hell happened to Baby Adam?!

What happened to Judith and Judas?

Why did Sabrina Morningstar, who was “our” Sabrina until the end of Part 3, decide it was a good idea to marry Caliban?

Who is ruling Hell now?

Why didn’t they just bury Sabrina in the Cain pit and resurrect her?

What exactly is the Sweet Hereafter?

If it IS an afterlife — why is Sabrina there alone (until Nick shows up)?

And, finally, what’s the deal with Nick’s death?