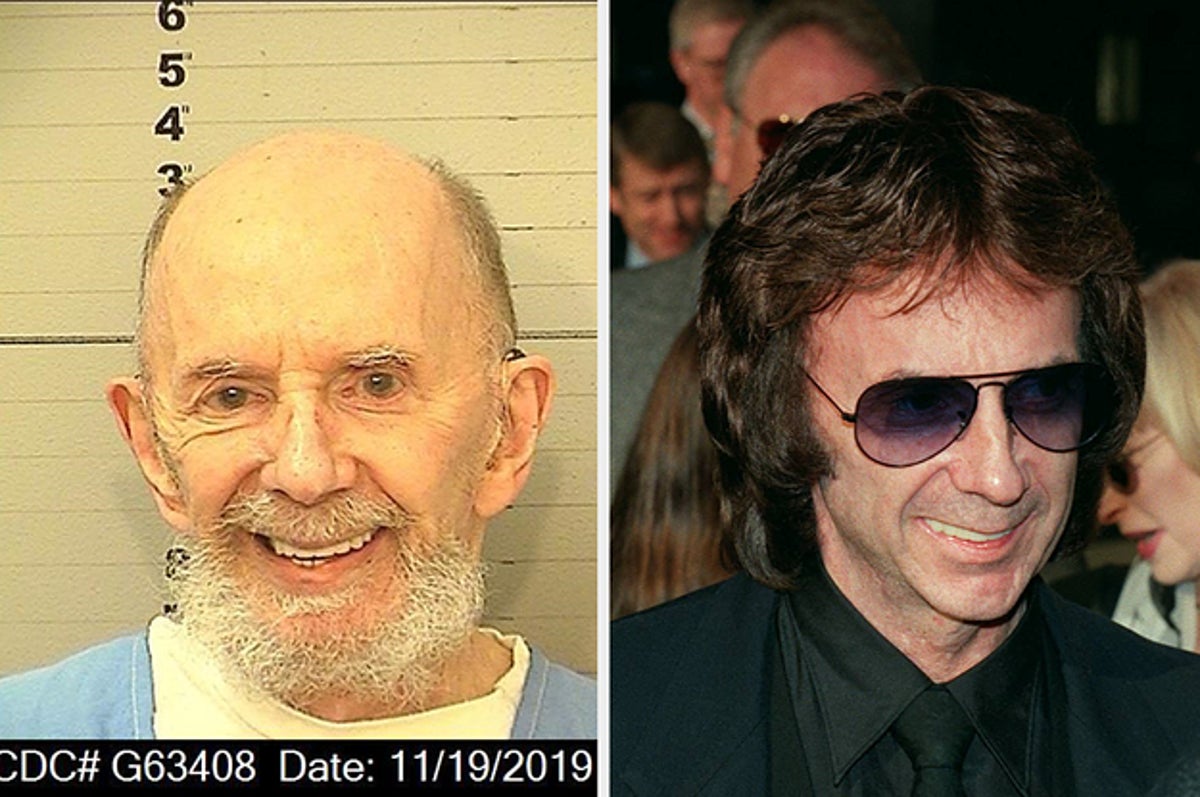 
Music producer Phil Spector, the man behind decades of pop hits and a convicted murderer, has died at age 81.

Spector died Saturday at a hospital of natural causes, according to the California Department of Corrections and Rehabilitation. His official cause of death will be determined by a medical examiner.

He helped curate the mainstream playlist for decades, with more than 20 tracks that charted on the Billboard Top 40 between 1961 and 1966 — many using his signature “wall of sound.” He worked with the Beatles, Tina Turner, Leonard Cohen, girl groups like the Ronettes and the Crystals, and others.

He effectively retired after putting out his last full record with the Ramones in 1979. In 2003 he killed actor and model Lara Clarkson, who was found dead at his mansion outside Los Angeles after he shot her in the mouth. In 2009, he was sentenced to 19 years to life in prison for second-degree murder.

Spector maintained his innocence, saying Clarkson killed herself. He was quoted in Esquire as saying, “I didn’t do anything wrong. … She kissed the gun.”

The first time he went to court, in 2007, it was declared a mistrial. He frequently wore wigs to court. Evidence came forward that Spector had a pattern of pointing guns at women since the ’70s.

He was tried again in 2008. In 2009, six years after the killing, he was found guilty and spent his final years in a Stockton, California, prison.

In 2014, his lawyer told the Daily Mirror that Spector was in poor health and had lost the ability to speak. He would have been up for parole in 2024.

The Beach Boys’ Brian Wilson consistently cited Spector as a major influence on his songwriting, whose style he long tried to replicate. The song “He’s Sure the Boy I Love” by the Crystals “opened up a door of creativity for me like you wouldn’t believe,” Wilson once remarked. “Some people say drugs can open that door. But Phil Spector opened it up for me.”

In the ’60s, Spector cowrote and produced classics like “Da Doo Ron Ron” and “Then He Kissed Me” by the Crystals; “Spanish Harlem” by Ben E. King, and “River Deep — Mountain High” by Ike and Tina Turner. He regularly collaborated with two pairs of married couple songwriters: Ellie Greenwich and Jeff Barry, and Cynthia Weil and Barry Mann — songs for a teenage audience about love and yearning, bliss and heartache, articulated in earnest and without irony in the way only pop music can.

Near the height of his career, in February 1965, Spector was interviewed by Time magazine. “You’ve Lost That Lovin’ Feelin’” — cowritten by Spector, Barry Mann, and Cynthia Weil and performed by the Righteous Brothers — had already spent several weeks at No. 1. At 3:46, it was the biggest record of his career, and way too long for radio play. Spector didn’t want to cut a second. He printed a “3:05” runtime on it to trick DJs. It would go on to have the most plays on the radio of any pop single in history from 1997 to 2019.

“We’re the only ones communicating with the teenagers,” he told Time magazine. “They are so prone to anxiety and destruction, and they can’t intellectualize their wounds. … Our music helps them to understand.”

With the Ronettes, featuring his future wife Ronnie Spector, he cowrote and produced “Be My Baby,” “Baby, I Love You,” “Walkin’ in the Rain,” and many others.

While Spector made his career on writing teenage love songs, his personal love life was volatile and abusive. He became intensely jealous and territorial over his partners. His marriage with Ronnie, which ended in divorce in 1974, was defined by intense control, verbal abuse, and alcoholism. “When things got bad at home,” she writes in her biography Be My Baby, “I’d get raging drunk, pass out, and then spend ten days in rehab.”

At Spector’s worst, he was known for outbursts, screaming and threatening violence against his colleagues and wives. He had an obsession with guns, and he had reportedly pulled a gun on artists in the studio on occasion, including Leonard Cohen and the Ramones, as well as visitors to his home, strangers, girlfriends, and wives.

Devra Robitaille, Spector’s one-time personal assistant, said he once locked the door at his mansion, got out a shotgun, and pointed it to her temple during a verbal fight. Robitaille said he told her, “If you try to leave, I’ll pull the trigger.”

In their protracted divorce proceedings, Ronnie said Spector had a “mean and ungovernable temper” and had been “extremely cruel” to her and inflicted “great and grievous mental and physical suffering.”