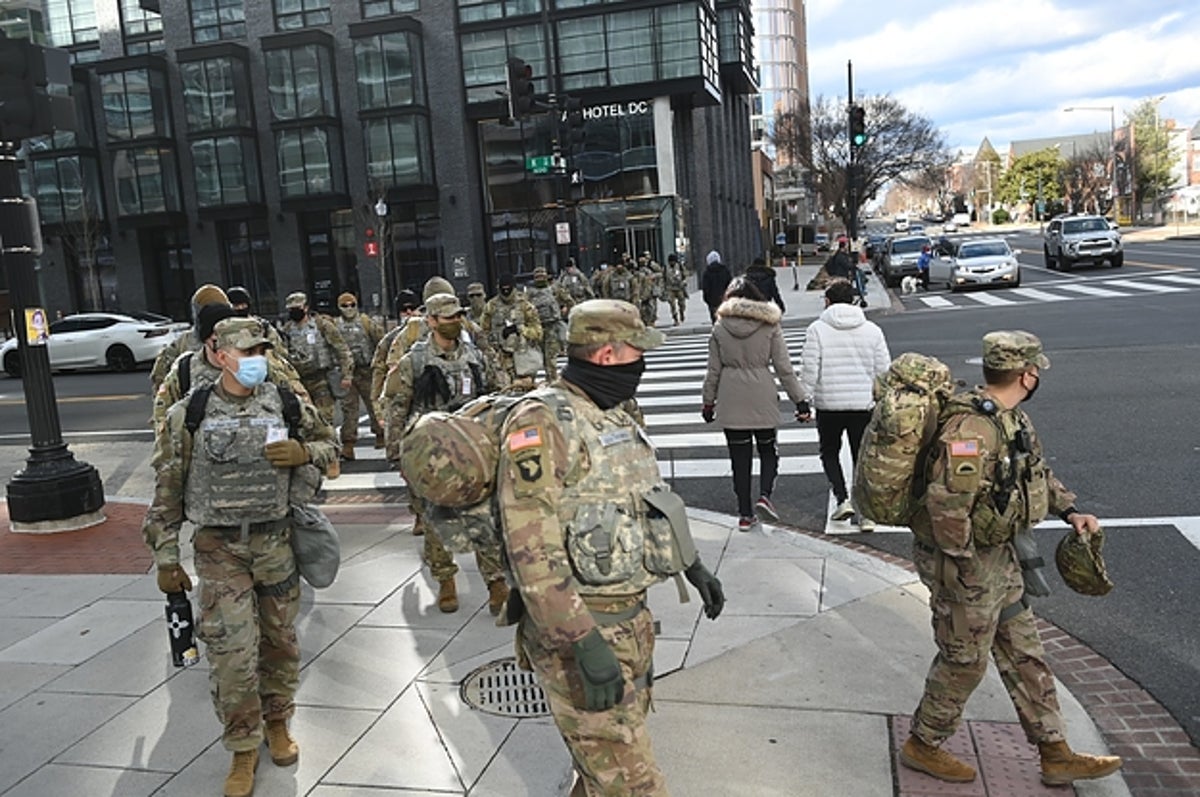 
A top national security official said Monday that there was no evidence of an “insider threat” posed by the thousands of National Guard members deployed to Washington, DC, to protect the capital for President-elect Joe Biden’s inauguration this week.

Christopher Miller, acting secretary for the US Department of Defense, confirmed that the FBI was assisting the department in vetting the more than 25,000 service members assigned to secure the nation’s capital, but said that the review was “normal” for large security events.

“While we have no intelligence indicating an insider threat, we are leaving no stone unturned in securing the capital,” Miller said in a statement. “This type of vetting often takes place by law enforcement for significant security events. However, in this case the scope of military participation is unique.”

The statement comes after an alarming story by the Associated Press, which reported on Sunday that officials were “worried about an insider attack or other threat” from the troops who traveled to DC.

The AP said the vetting operation “underscores fears” that those who are supposed to protect the city could present a threat to Biden and others in attendance in the wake of the deadly insurrection of the US Capitol on Jan. 6.

“We’re continually going through the process, and taking second, third looks at every one of the individuals assigned to this operation,” Army Secretary Ryan McCarthy told the AP.

Still, McCarthy said they had found no evidence of any threats.

Miller said the DC National Guard was also providing members with additional training to identify any potential issues and, if so, to report them through the chain of command.

“We appreciate the support of the FBI in assisting with this task and for each of the more than 25,000 Guardsmen who answered their Nation’s call and rapidly deployed to the NCR,” he said.

While planning for Biden’s inauguration have long been underway, new security measures have been put in place as a result of the attack on the Capitol.