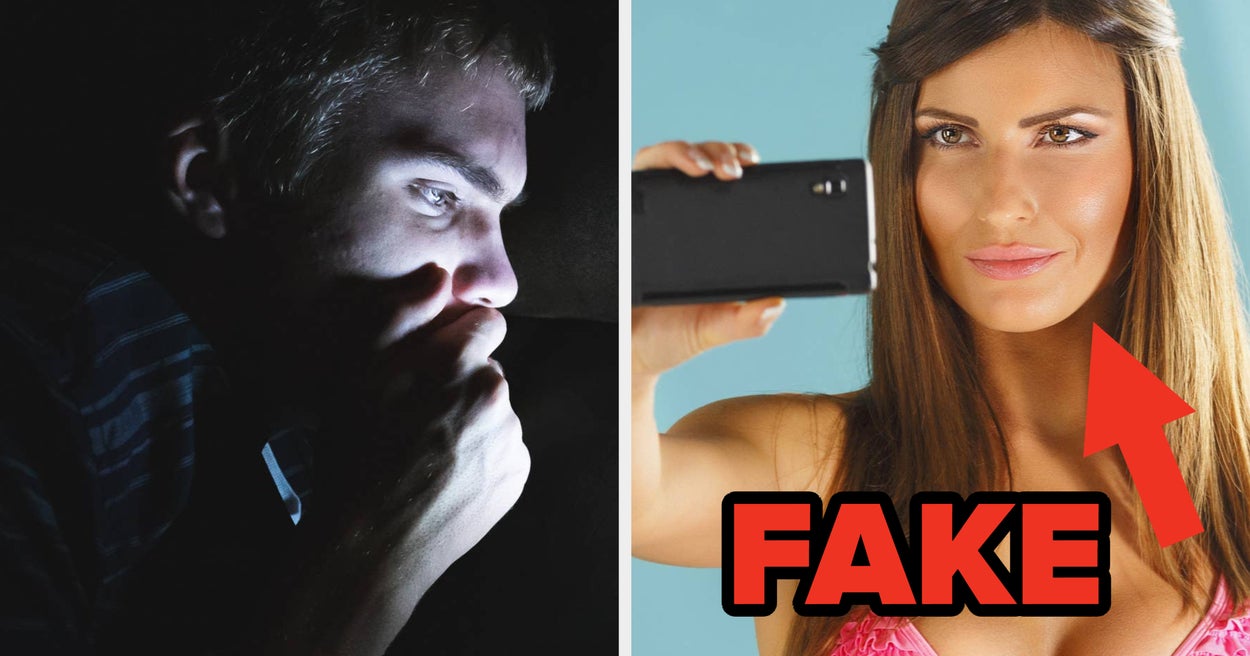 Dating apps: Whether you love them or hate them, they’re an undeniable reality of dating in the modern age.

Well, a viral Reddit thread recently asked employees behind some of the biggest dating apps to spill their secrets: “What’s the most insane user stat or behind-the-scenes fact you found out about?”

The secrets shared by employees were a mix of shocking, wild, and just plain depressing. Here are some of the top-voted responses from users:

“The amount of unsolicited dick pictures men would send women, not even accompanied by any words, was horrifying. I mean, you’d expect it because online dating is a cesspit, but the sheer amount would still surprise you. I had to look at each reported picture and say, ‘Yes, that’s a penis.'”

“We used to create fake accounts and chat with users. It was everything from someone having a premium account that wasn’t getting responses, to bored employees.”

“We had a murder on our platform. The top of the company got interviewed as witnesses. TBH, there wasn’t really anything we did or could have done about it, but it is crazy to think about.”

“The algorithms are less sophisticated than you think. … The main goal of the algorithm is always to get you to pay, never to actually ensure you meet somebody in real life, as much as we tried to lie to ourselves that it was.”

“Female dating app users tend to sign off for the day several hours earlier than male users, which results in men who log in after about 10 p.m. generally not encountering many logged in female users. In order to keep these men feeling like there is genuine female activity on the site (and thus continuing to pay for memberships), dating apps can pay for entire armies of ‘ghosts.’ Ghost profiles use photos of real women, but are operated by men, typically young men in their late teens and early twenties, living in France, Serbia, Ukraine, and Russia.”

“Many apps seed attractive bots to keep people engaged. The bots will send/respond to a couple of substandard questions. ‘How was your week?’ ‘What are you looking for?’ and then ghost. Despite the ghost, the high of matching with a super attractive person who spoke to you is enough to get many people hooked and chasing the dragon.”

“I worked as a software engineer for a dating site in the mid-’00s. Literally every single female profile was fake. They were ‘generated’ profiles using arbitrary data and paid-for lewd photos from various sources.”

“Most of the female users were fake. We would import thousands of fake profiles all the time to prop up the numbers and let the men think there were all of these women on the platform.”

“I ran operations for an online dating company (notably not affiliated with Match). IIRC, we were able to determine that it takes on average about three dates before sex happens (I don’t recall how we worked that out, I’m not a data analyst, but presumably it was some keyword-based algorithm looking at chat messages).”

“Women frequently lie about their age and weight, and men lie about their height and salary. Also, it’s a big problem that women are inundated with DMs while most men get none.”

“Men get VERY FEW matches, regardless of how good their profile is. Women get A LOT of matches, but most of those matches are useless.”

“I have a friend who works for [a dating app]. Anyway, the company isn’t important. What is important is that her ENTIRE job is to remove inappropriate images. Her JOB is to look at dick pics all day. Five days a week. … Just a weird fucking job.”

“The most depressing stat…was the histogram of word count in messages. Something like 91% of opening messages were just one word ‘hey,’ and ~85% of conversations were just one exchange long (‘hey’ -> no reply ever). Looking at human, digital mating habits splayed out in data science form was really depressing.”

“One of our members got scammed out of six figures, and there was nothing we could do about it. She was older, and lonely, and the person used an attractive picture and kind words to play off of that. If you let them, people will find any way to scam and abuse those who are lonely. Some of our systems for detecting and removing scammers and spammers were far more advanced than our systems for actually creating matches.”

“Men like way more indiscriminately than women. (Some would say men ‘are less picky,’ but that would imply a selection process more rigorous than, ‘Are they hot?’, which I have no evidence to support).”

“My roommate used to work at one of the big dating apps and one of the issues they had was that their algorithm changed at one point to more emphatically enforce dating ‘pools’ where people who got more right swipes would only see profiles of people who get more right swipes, etc. With the idea being that it would put people in similar ‘tiers’ to actually match. One big issue they were having was…well, racial ‘preferences’ or sexual racism being pretty amplified as a result. Black women and Asian men especially were being overwhelmingly shuffled down the algorithm because there are a lot of people who will basically automatically swipe left on them as soon as they see they’re a Black woman or an Asian man, even if they were hot as hell.”

“People are racist, way more than I thought.”

“Messaging reply stats around race and gender will destroy your faith in humanity.”

“I tested the communication feature for a dating company that shall remain nameless… The message exchange function needed to be flawless (glitches ironed out, etc.). Except in this case, the requirement was to establish a relationship with a user (usually three on the go simultaneously) and keep it going for about two months. Fake identity was used of course. Months! I researched the person, likes, dislikes, interests, and so on. A whole fake relationship was built. Then, after the test run was over, I’d ghost them, delete my profile, and move on to the next subject. It was unnerving.”

“Our algorithm is intended to maximize ad revenue and time on app by delivering matches when the probability for the user to churn is highest. The algorithm does not prioritize matches.”

“Data scientist here: Chris Rock was right….10% of the guys really are doing 90% of the fucking.”

“Customer complaints were fun. The staff in that department were insane because they had seen and heard everything. The only way you got a refund is if you figured out all of the women were fake.”