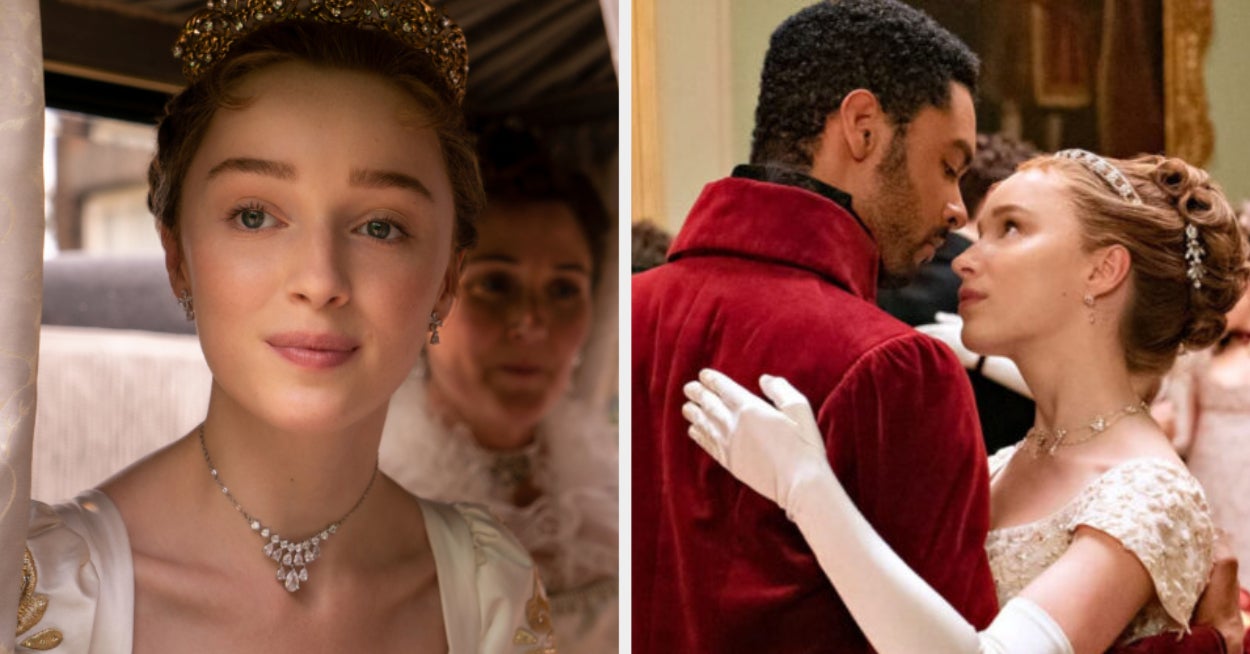 If you’ve been on Netflix, or indeed the internet at all, over the last few weeks, chances are you’ve watched or at least heard of Bridgerton.

The glossy period show, which marks Shonda Rhimes’ first collaboration with Netflix, basically sees an amalgamation of Gossip Girl and Downton Abbey against a London backdrop with a generous sprinkle of scandal and drama.

Of course, one of the standout stars is Phoebe Dynevor, who takes on the leading role of Daphne Bridgerton opposite Regé-Jean Page’s dashingly handsome Duke of Hastings.

And the pair share quite a few steamy scenes that you probably wouldn’t want to watch with your parents. Unfortunately for Phoebe, however, she’s currently quarantining with her family, which means things can get a little awkward…

In another interview with the Daily Star, Phoebe hilariously added that she was on “on high alert with the remote control” so she could actually skip the sex scenes while watching the show with her family.

But, on the set of Bridgerton, filming the scenes was a completely different story altogether, with Phoebe explaining that each sex scene was “intricately choreographed” with a bunch of measures in place to make everybody comfortable.

Director Julie Anne Robinson expanded on how the sex scenes were filmed, revealing in an interview with Deadline that there were endless rehearsals to get everything right.

However, there were some, uh, odd limitations to some of the sex scenes, not least because you have to be “delicate” with the furniture. Oh, and there would be “room monitors” on set too who were in charge of making sure nothing got broken.