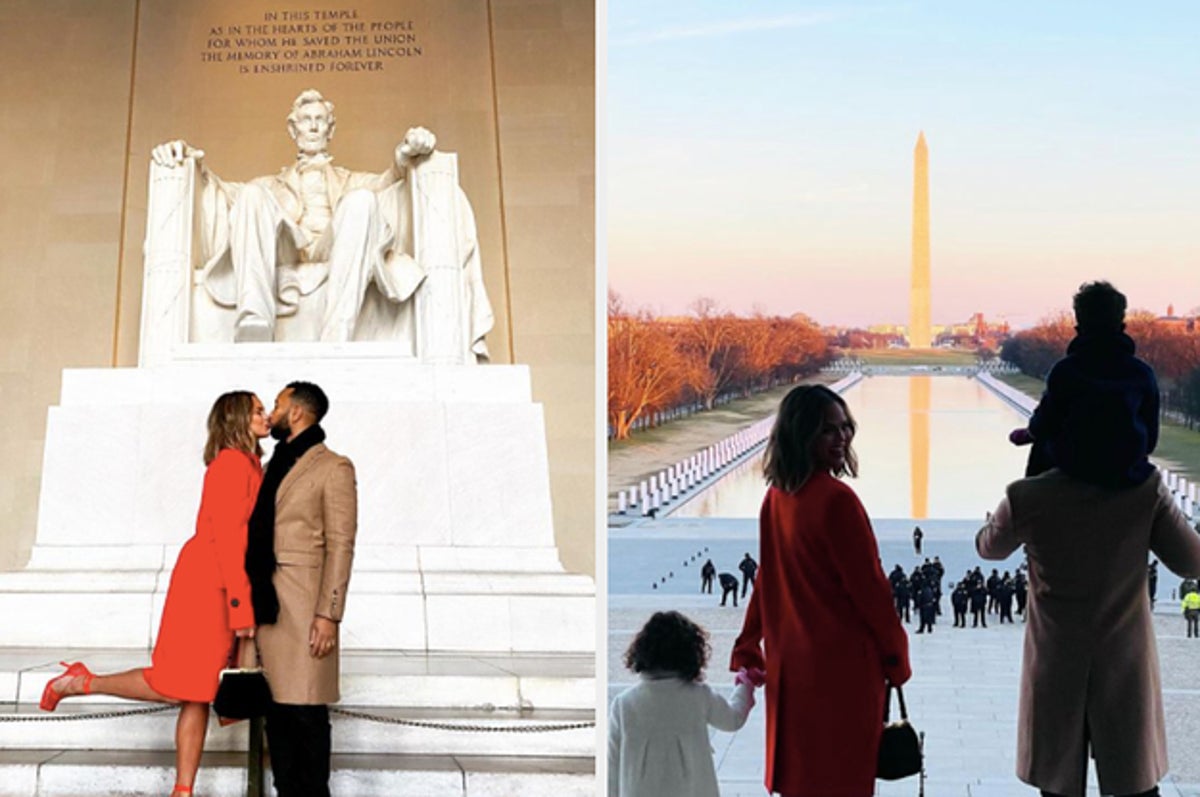 
After being blocked by @POTUS on Twitter for years during Donald Trump’s presidency, Chrissy Teigen was officially re-followed now that Joe Biden has been inaugurated and assumed control of the account.

Teigen, was in Washington, DC, with husband John Legend and their children during the inauguration, tweeted on Wednesday morning, “hello @joebiden I have been blocked by the president for four years can I get a follow plz.”

The White House Director of Digital Strategy Rob Flaherty then tweeted the meme, “How it started vs. How it’s going” along with a screenshot of Teigen’s request for @POTUS to follow her and a screenshot of the list of who the follows.

“my heart oh my god lmao I can finally see the president’s tweets and they probably won’t be unhinged,” she tweeted in response. “I should prob never tweet again.”

Legend performed during the Celebrating America special on Wednesday night, and according to Teigen’s social accounts they arrived on Tuesday for rehearsal. Teigen also shared a series of photos with members of the National Guard, from the National Mall, and in front of the Lincoln Memorial.

In a lengthy Instagram caption, Teigen wrote about how happy she was that Trump was leaving office, saying “History will not be kind to you, you absolute psychopath. But I never was anyhow.”

“today our great national fuckup is over, but the shame will last forever. with 2 impeachments, the creation of 3 million LESS jobs, 403,000 dead, a record low approval rating and god knows how many crimes, we can officially say Donald J Trump is the greatest at being the fucking worst,” Teigen wrote. “Maybe it wasn’t such a good idea to have the guy with barely enough well done steak with ketchup fueled brainpower to power a lightbulb who doesn’t even know how to close an umbrella run the country.”

In July 2017, Trump blocked Teigen after she tweeted at him “Lolllll no one likes you.”