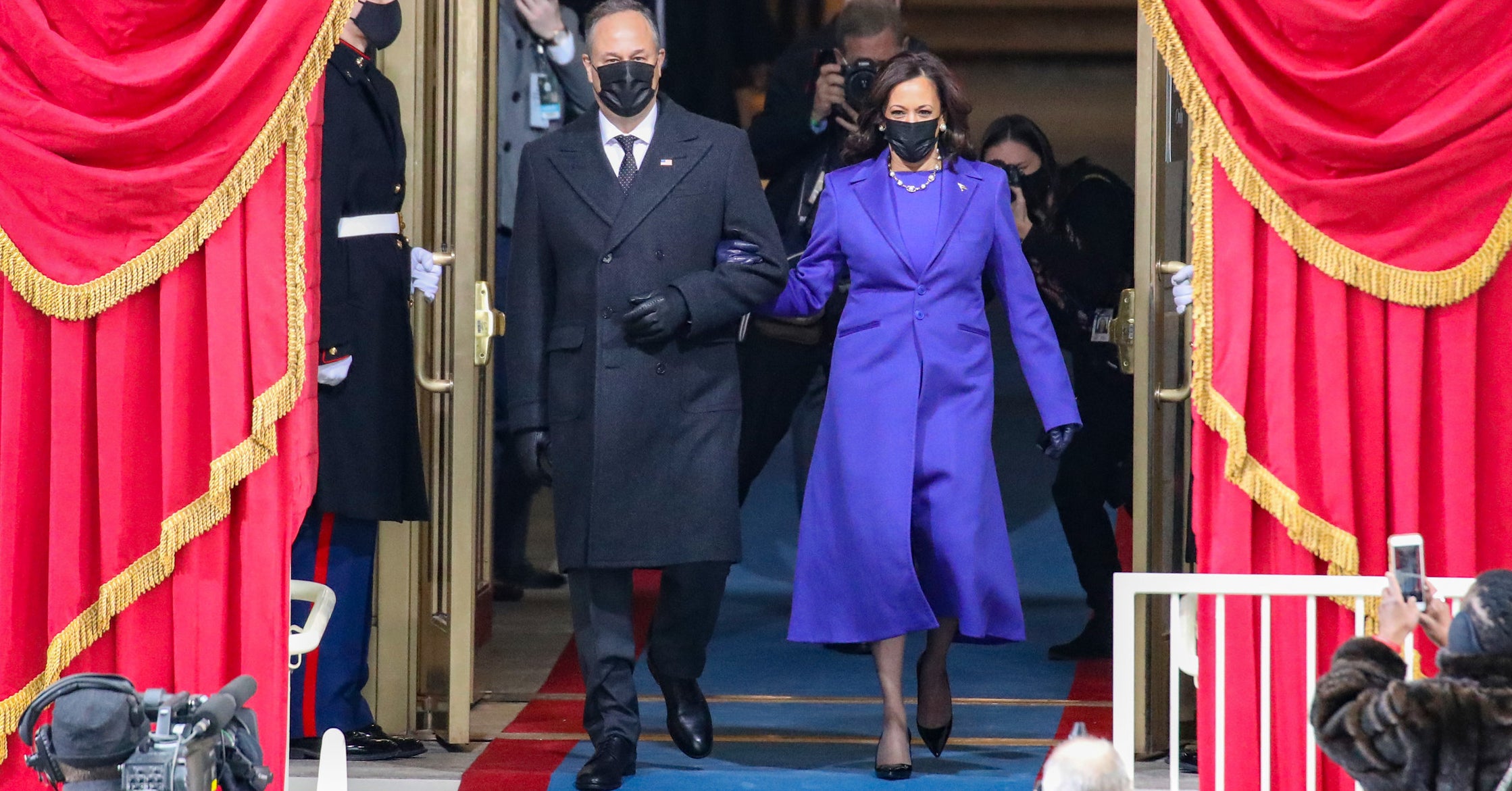 
Kamala Harris was sworn in as the country’s first woman vice president Wednesday during a somber, subdued inauguration that still made history.

She was escorted by Eugene Goodman, the Black Capitol Police officer who led rioters away from the Senate chamber during the January 6 insurrection. And as she spoke, Harris placed her hand on two Bibles. One, well-worn at the corners, was embossed with the name of Miss Regina Shelton, a Black woman who helped raise Harris in Oakland. The other belonged to Thurgood Marshall, the first Black Supreme Court justice and crusader for civil rights.

Since Joe Biden chose Harris as his running mate last year, she has taken on enormous symbolic significance for Democrats — especially for Black women, who make up the most loyal base of the Democratic Party. The daughter of immigrants from Jamaica and India, Harris graduated from a historically Black college and has spent her career blazing a trail of firsts as a top prosecutor and later, California’s first Black senator.

But Wednesday also marked the moment when Harris’s symbolic importance will shift as she takes on a vital role in governing a country in the midst of a crisis. With the Senate split exactly down the middle, 50-50, Harris will have to act as the tie-breaking vote for Democrats as they try to push forward the ambitious legislative agenda that Biden promised voters: $2,000 stimulus checks, billions in climate and infrastructure spending, voting rights reforms, and a rollback of many of the Trump administration’s policies.

And working alongside a 78-year-old president who has called himself a “bridge” to the next generation of the Democratic Party, Harris will also likely play a significant role in the Biden administration’s policy agenda and how their party positions itself for the future.

Hours after the inauguration ceremony, Harris was expected to lead another historic moment: the swearings in of Rev. Raphael Warnock and Jon Ossoff, whose victories in the Georgia runoff elections earlier this month cemented Democrats’ Senate control, as well as Alex Padilla, her replacement as California’s newest senator, the first Latino to hold the position.