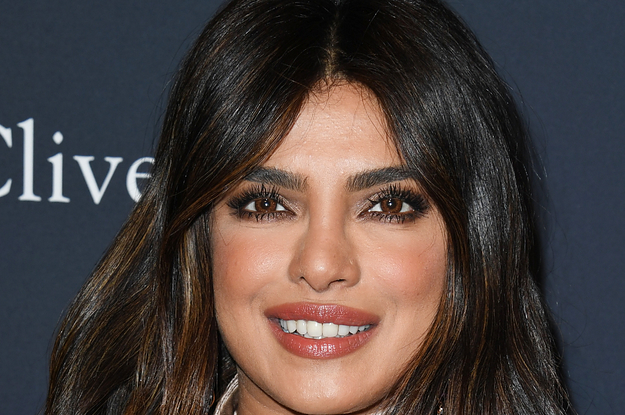 The actor’s first memoir, Unfinished, hits bookshelves on February 9, and apparently Chopra Jonas details the racist bullying she endured in an American high school — a topic she elaborated on in an interview with People.

“I took it very personally. Deep inside, it starts gnawing at you,” she admitted while discussing the bullying she experienced at an American high school at the age of 15.

The experience was bad enough that Chopra Jonas ultimately returned to India to finish her schooling.

“I went into a shell. I was like, ‘Don’t look at me. I just want to be invisible. My confidence was stripped. I’ve always considered myself a confident person, but I was very unsure of where I stood, of who I was.”

According to People, Chopra Jonas details in Unfinished how classmates in her Newton, Massachussetts high school would yell racist insults at her as she walked down the hall.

“I don’t even blame the city, honestly,” she ruminated. “I just think it was girls who, at that age, just want to say something that’ll hurt. Now, at the other side of 35, I can say that it probably comes from a place of them being insecure. But at that time, I took it very personally.”

After “[breaking] up with America,” Chopra Jonas found solace in returning to India. “I was so blessed that when I went back to India, I was surrounded by so much love and admiration for who I was. Going back to India healed me after that experience in high school.”

In sharing her experience, Chopra Jonas says that she hopes to inspire others to find themselves when faced with sadness or despair. “Insecurity becomes small as soon as you talk about it with someone you trust: A therapist, a counselor. I feel like a lot of people spend their time when they’re feeling dark [in isolation]. That’s the worst thing to do, is to feel sad alone.”

“Sadness is very seductive. It sucks you in and you want to just wallow in it because it feels comfortable and warm — and light is harsh sometimes. [But] you have to look at it, you squint. [The light is] a lot, but it gives you life. It gives you joy.

“We have the choice, most of the time, to step out of the darkness ourselves. The best way I’ve found of doing it is talking to people who care.”

If you or someone you know is experiencing bullying, visit stopbullying.gov for more information on what you can do to help yourself and others.