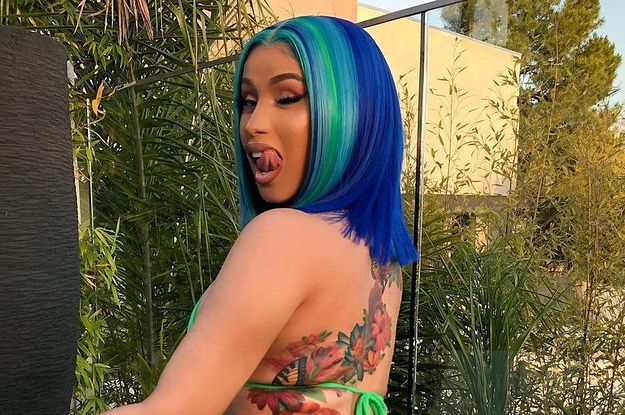 Even though Joe Biden’s inauguration was iconic, can you imagine what it would have been like if Cardi B performed her new anthem “WAP” with Megan Thee Stallion?

Well, the rapper had that exact same idea when she saw Biden get sworn in as the 46th President of the United States.

While taking to Twitter on Jan. 21, Cardi joked she was going to be at the inauguration if it wasn’t for a dentist appointment.

Sadly, she didn’t perform. But some stars who did grace the stage were John Legend, Katy Perry and Demi Lovato.

Not to mention, Lady Gaga also gave a phenomenal performance when she sang her rendition of the National Anthem.

Hopefully, if Biden gets a second term then Cardi B would be able to perform on-stage. After all, she really loved the fact that her song “WAP” upset so many Republicans.

“So I’m just grateful and thankful that the song that I actually did put out this year, which was ‘WAP,’ featuring Megan Thee Stallion, not only was it an amazing song that broke so many records, but it was a conversation that I never thought was going to be so big,” Cardi said in December 2020 when she was awarded the Billboard Woman of the Year award.

“It pissed off a whole bunch of Republicans for no reason. It was just weird,” she jokingly continued.

I, for one, would love to live in a country where Cardi B is an inauguration performer.