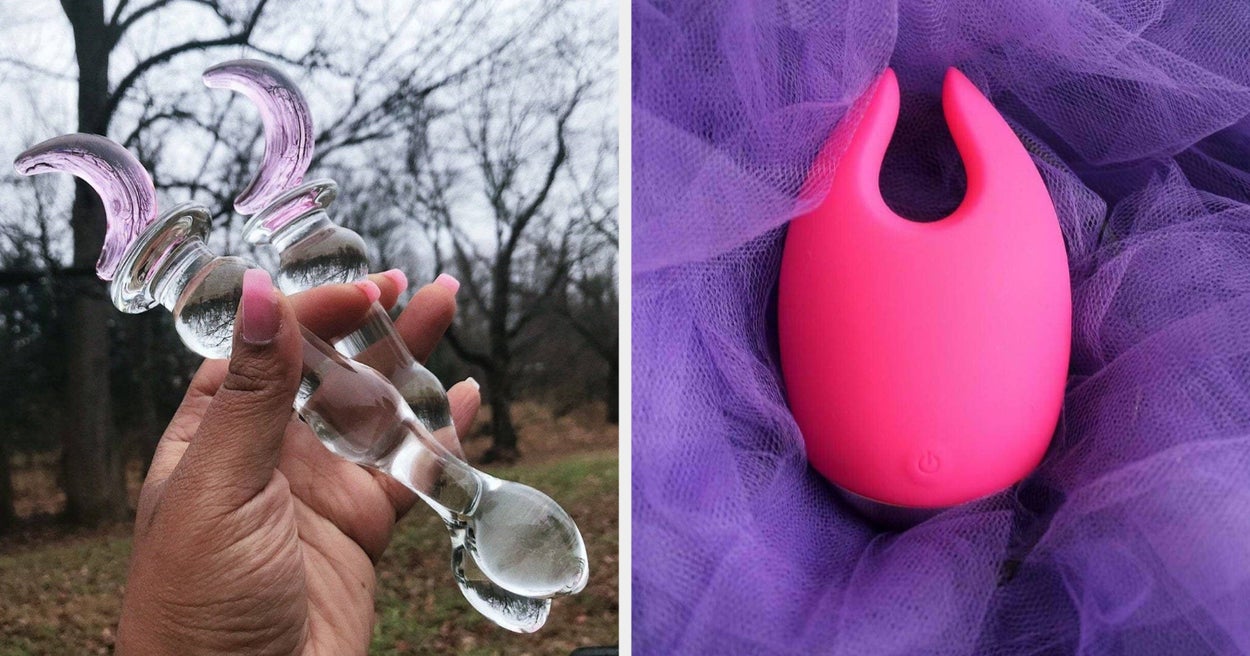 A Satisfyer Pro 2 that simulates oral sex and comes in a variety of settings that range from what I would describe as “light rain” to “Zeus furiously hammering down upon your clit.”

A fishy friend with nine vibration speeds, so solo play or penetrative sex can really blow you out of the water.

Fluorescent wax play candles shaped like penises so your heat play can look like the inside of a kinky laser tag arena.

A pretty personal wand massager with 20 patterns and eight vibration speeds sure to tickle you pink.

A mini bullet vibe in the trendy royal blue color that everyone (myself included) has been obsessed with lately. With three speeds and soft ABS plastic, you certainly won’t feel blue after buying this tiny friend.

A contrasting color vibe that honestly looks more like lip balm than a battery-powered massager that’s gonna deliver major pleasure wherever you are.

A Maude personal massager that looks like some super classy aliens invented it. The three-speed vibe offers earth-shattering orgasms without offending your minimalist sensibilities.

A biodegradable bullet vibe so you can get off and lower your carbon footprint at the same time. Nothing sexier than saving Mother Earth.

An elegant and discreet vibrating ring that comes in silver or electroplated 18k gold. Now you can say “I do! …want to have an orgasm, thank you.”

A vibrating ring that’ll turn any regular penis into a vibrating penis.

A flame shaped Pixie with prongs that’ll hug your clit and set your body on fire with a red hot orgasm.

A pair of lacy panties with a harness built in for comfort and — of course — fashion.

A glow-in-the-dark cock ring to prove that turning the lights off during sex can be more exciting.

A charming cactus figure that’ll look sharp in your room when not in use.

A cute valentine-themed butt plug for anyone who wants some sweet stimulation all year round.

A pair of spiral nipple clamps to elevate your pleasure and your style. Being naked doesn’t mean you can’t still accessorize.

Lelo’s Sona sonic massager that promises to give every part of your clit the attention it deserves.

A powerful wireless wand vibe that’s waterproof, so you can take this thing seriously anywhere you need it. Prepare to get really pruney from sitting in the tub for two hours.

And a bright yellow vibe with a rounded tennis ball head that works for both internal and external pleasure so you can yell louder than a professional tennis player (real loud!).

Reviews have been edited for length and/or clarity.