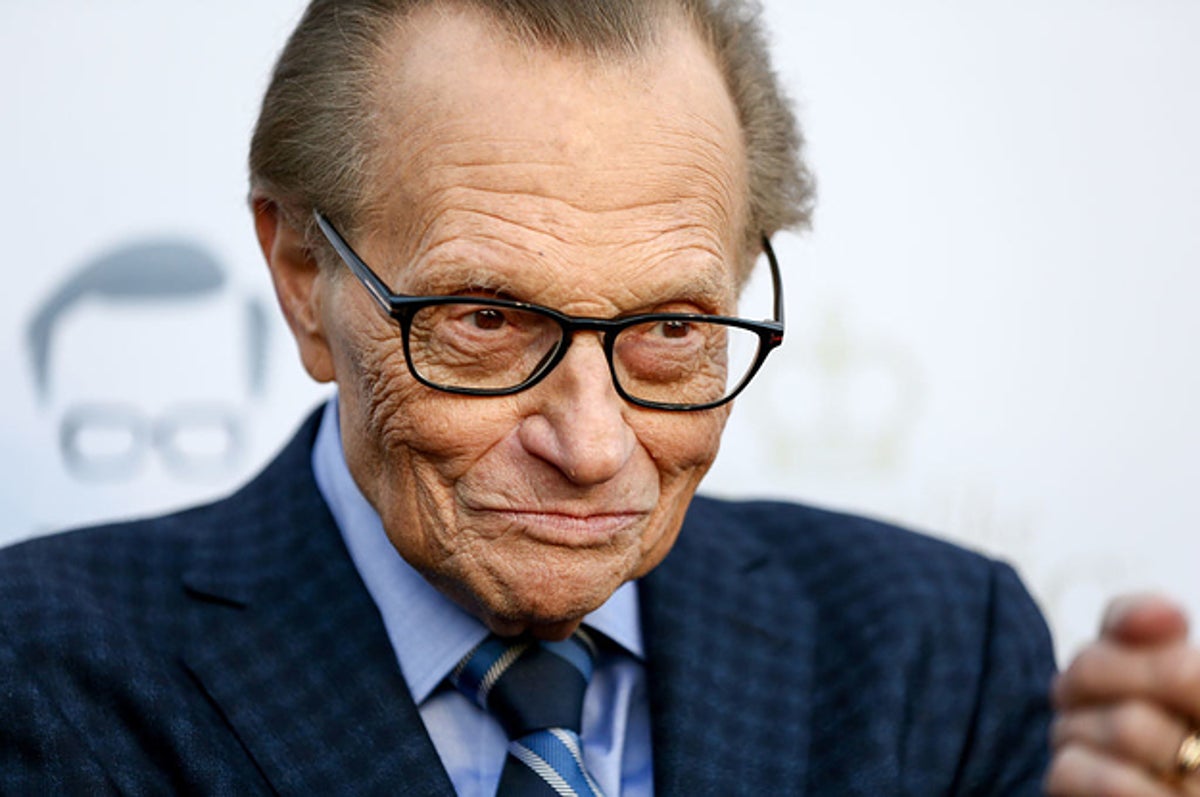 
Television personality and legendary interviewer Larry King died Saturday, according to the production company he co-founded. He was 87.

King died at Cedars-Sinai Medical Center in Los Angeles where he had been receiving treatment for COVID-19 since last month. An official cause of death was not provided.

“For 63 years and across the platforms of radio, television, and digital media, Larry’s many thousands of interviews, awards, and global acclaim stand as a testament to his unique and lasting talent as a broadcaster,” read a statement from Ora Media,

Always wearing his signature suspenders, King conducted more than 30,000 interviews that included every president, from Donald Trump back to Gerald Ford. With his knack for getting his subjects to open up, he became known for landing big interviews.

“I remind myself every morning: Nothing I say this day will teach me anything,” he famously said. “So if I’m going to learn, I must do it by listening.”

Born Lawrence Harvey Zeiger in Brooklyn, New York, Nov. 19, 1933, King’s father Edward was a restaurant owner and his mother Jennie a homemaker. In 1957, he changed his last name to King and began his career as a radio disc jockey in Miami, where he was hired as a columnist for the Miami Herald. He had a run-in with the law when he was arrested in 1971 on charges of grand larceny. However, they were later dismissed because the statute of limitations had expired.

In 1978, he launched The Larry King Show, a nationally syndicated radio talk show. But it wasn’t until 1985, when he brought his show to CNN, that he became an interview legend, consistently pulling in the biggest names over the next 25 years.

Over the years, King survived several heart attacks, including a quintuple bypass surgery in 1987. He later established the Larry King Cardiac Foundation to help those without insurance to afford medial treatment.

In 2017, he was diagnosed with Stage 1 lung cancer and underwent surgery to remove the malignant tissue. He had a stroke in 2019 and was in a coma for weeks, then a month later had angioplasty following a medical issue with his heart.

King was also married eight times, twice to the same woman. But his last marriage to Shawn Southwick King lasted more than 20 years. They married on Sept. 5, 1997, in King’s hospital room in Los Angeles after he was admitted for chest pains. They both filed for divorce in 2010, but later reconciled. He and Shawn filed for divorce again in 2019, and they were still in the process of divorcing when he died on Saturday.

He was also a prolific author, having published more than 20 books, including his autography, My Remarkable Journey.

King also won numerous awards over his lifetime, including a Peabody, 10 cable ACE awards, a lifetime achievement award at the News and Documentary Emmy awards, and was inducted into both the National Radio Hall of Fame and the Broadcasting Hall of Fame.

Two of King’s children, from a previous marriage to Alene Akins, had died weeks apart in 2020. His son Andy died of a heart attack in July, and his daughter Chaia died after being diagnosed with lung cancer in August.

“Losing them feels so out of order. No parent should have to bury a child,” he wrote in an Instagram post.

He is survived by Shawn, their sons children Cannon and Chance, his stepdaughter Danny Southwick, and his son Larry Jr. from his former wife Annette Kaye. He is also survived by nine grandchildren and four great-grandchildren.