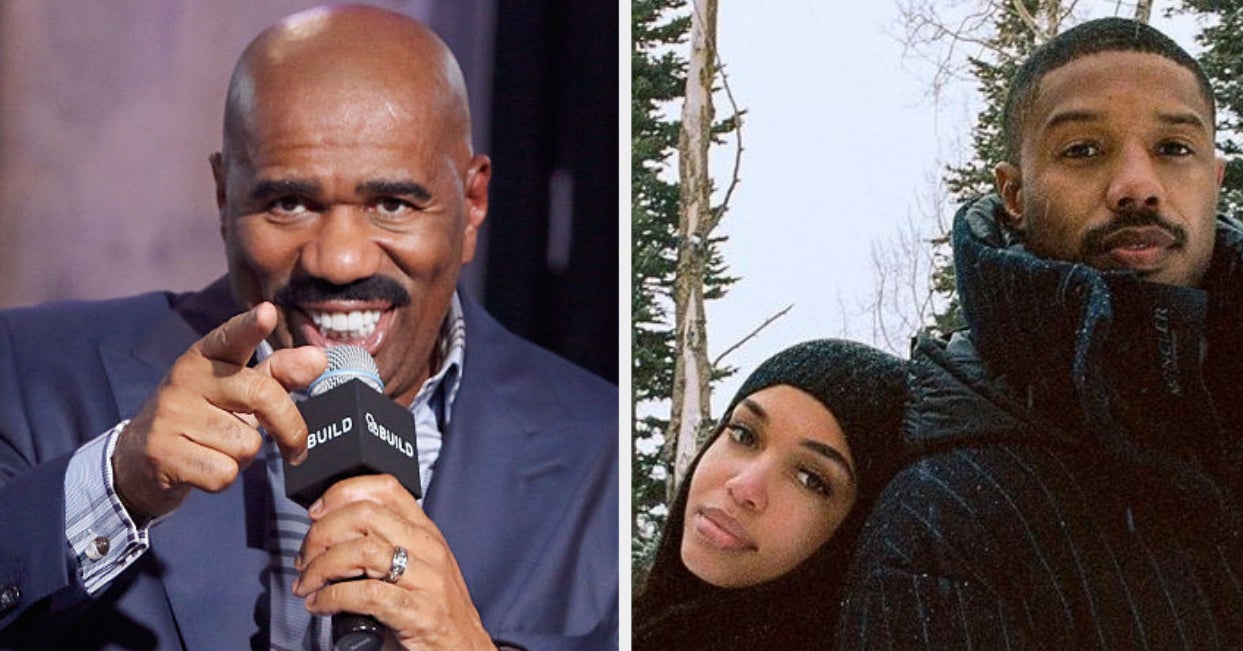 It’s been a rough couple of weeks ever since I found out my boyfriend Michael B. Jordan was actually dating Lori Harvey.

I mean, if it can’t be me (sssh, don’t ruin my fantasy) then it should be her. The 24-year-old model is smart, talented, and drop dead gorgeous.

She also happens to be the daughter of legendary comedian and actor, Steve Harvey.

Though the couple became Instagram official just two weeks ago, rumors of their romance have been swirling for months, with Michael reportedly spending Thanksgiving with Lori and her family. Realizing that MBJ and Steve had probably spent some time together, *Carrie Bradshaw voice* I couldn’t help but wonder, what does the Family Feud host think of his daughter’s new beau?

“I still got my eye on him,” the 64-year-old said on his morning show.

“I mean, I like I him. But like I say to all of them, ‘I might like you. I might approve of you, but I’ve got a thumb-sized section of my heart filled with nothing but pure hatred for you.’ Just in case I need it.”

“You’re not the sexiest man in the world to me. Let’s be clear about that,” he joked.

Don’t worry, Michael. You’ll always be the sexiest man alive to me!