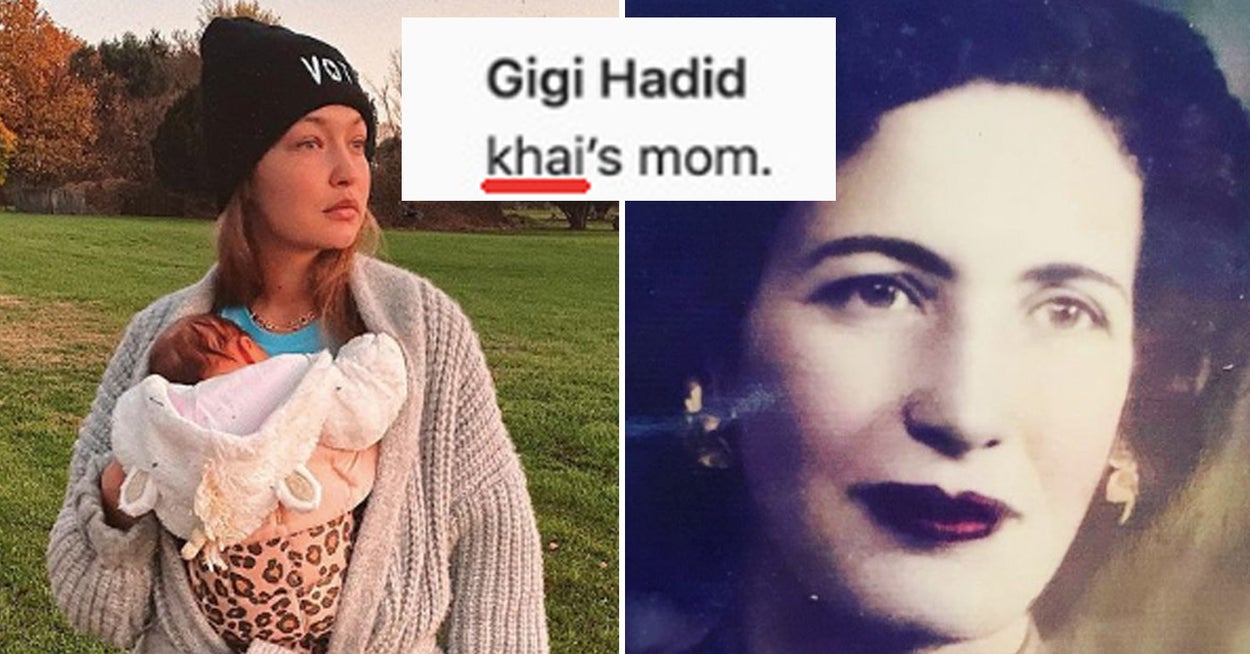 After four GRUELING months of waiting, Gigi Hadid FINALLY revealed her and Zayn’s daughter’s name, and in the most low-key way ever — by slipping it into her Instagram bio!

OMG. So, Khai…I love it. But immediately, I was like, “What’s the meaning behind it???” So my Google search began.

According to an ever-in-the-know TMZ source, the name is a tribute to Gigi’s paternal grandmother, whose name was Khairia.

“Gigi loved everything about Tata,” Gigi’s dad — and now Khai’s grandpa — captioned the post. “Gigi won first place in an art competition of a portrait of her Tata.”

We love a heartfelt family connection!!!

I’d say Gigi and Zayn totally nailed it with this name, and Gigi’s grandmother would be so, so proud.

UPDATE: An earlier version of this post cited an inaccurate translation of Khai’s name.