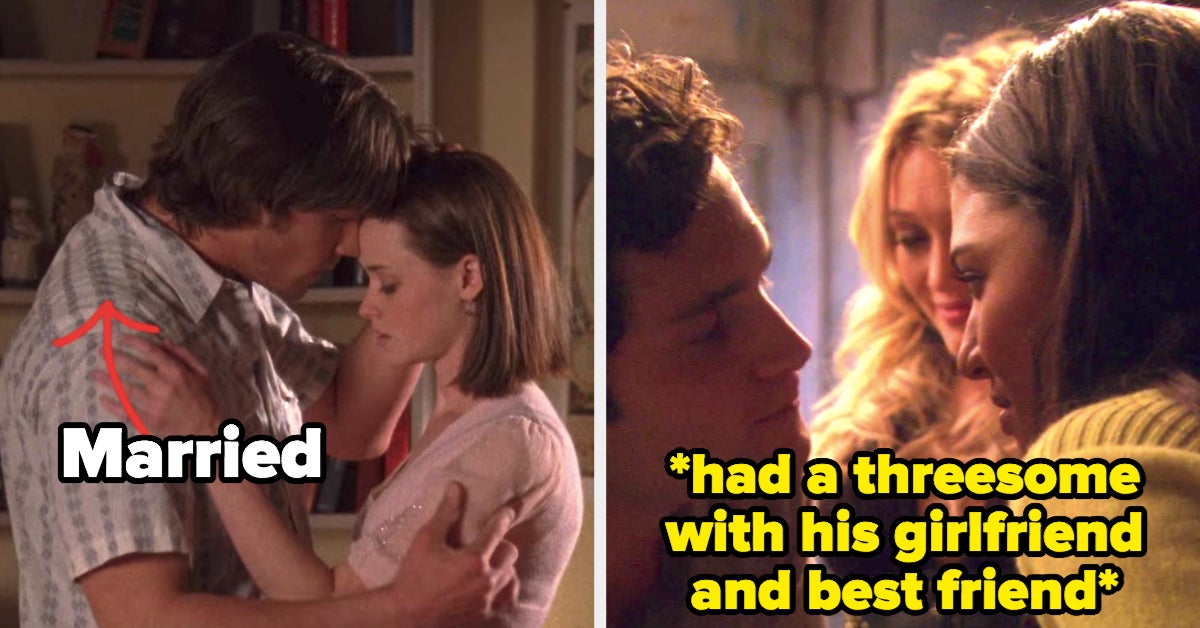 First, when Michael and Jan hooked up on vacation while she was his boss on The Office:

When Archie and Veronica had shower sex right after his dad was shot on Riverdale.

When Crosby cheated on Jasmine with his nephew Max’s behavioral aide on Parenthood:

When Polo and Ander hooked up while Guzmán was sleeping right next to them on Elite:

When Ben and Adrian had sex in his car to get back at Ricky and Amy for kissing on The Secret Life of the American Teenager.

When Ross immediately hooked up with someone else while he and Rachel were “on a break” on Friends:

When Ryan hooked up with Kelly the day before Valentine’s Day on The Office:

When Annie slept with Liam while she was still dating his brother on 90210:

When Alexis and Mutt hooked up right after Ted proposed to her on Schitt’s Creek:

When Lucas had a one-night stand with Nicki, the mother of his friend Jake’s baby, on a carousel at the mall on One Tree Hill:

When Veronica hooked up with Reggie to deal with the news of her parents’ divorce on Riverdale:

When Julie slept with her daughter’s ex-boyfriend Luke (who was in high school!) on The O.C.:

When Rory and Dean slept together while he was married on Gilmore Girls:

When Omar cheated on Ander (who was going through chemotherapy) with his sister’s boyfriend on Elite:

When Zig and Maya decided to take Molly and have sex for the first time on Degrassi: The Next Generation:

When Meredith and George hooked up while they were roommates on Grey’s Anatomy:

When Miles slept with Tristan even though Tristan had just called him a “man whore” on Degrassi: Next Class:

And finally, when Schmidt ended up in the hospital with a broken penis after hooking up with Nadia on New Girl: