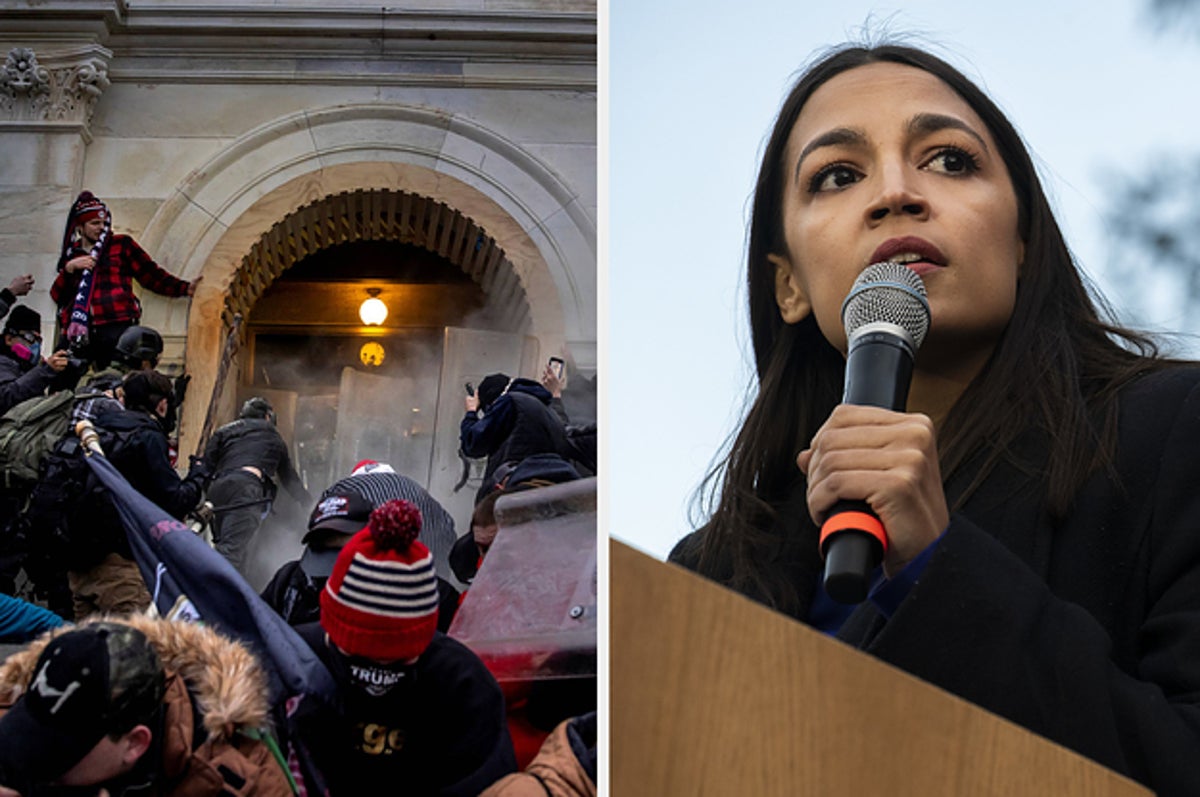 
A man from Dallas, Texas is facing multiple charges after storming the Capitol and tweeting “Assassinate AOC” that same day, according to documents from the Department of Justice.

The FBI agent who gave a statement of facts for the case said Miller posted on social media about the insurrection both before and on Jan. 6, and shared photos of himself inside the building alongside other rioters.

Days before the attack, Miller posted on Facebook, where he said, “I am about to drive across the country for this trump shit. On Monday . . . Some crazy shit going to happen this week. Dollar might collapse. . . . civil war could start . . . not sure what to do in DC,” and boasting that he “had a lot of guns,” court documents say.

On Jan. 6, he tweeted a video of himself in the Capitol, which he captioned “From inside congress.”

He also shared a selfie from inside the Capitol on Facebook, where he wrote, “just wanted to incriminate myself a little lol.”

After the insurrection, Miller posted on Twitter, where he defended his actions in replies to prominent figures condemning the events. One of those people he responded to was Rep. Alexandria Ocasio-Cortez, who tweeted, “Impeach.”

“We acted with honour and we where [sic] not armed. We where [sic] gentle with the police. They murdered a child,” he responded, in an apparent reference to 35-year-old Ashli Babbitt, a woman who stormed the Capitol and was shot dead by Capitol police.

“Assassinate AOC,” he said in a second tweet to the member of Congress, a screenshot of which the Department of Justice included in its complaint.

In a statement to BuzzFeed News, Clint Broden, Miller’s lawyer, said that his client has “always been a law-abiding citizen.”

“Mr. Miller regrets the acts he took in a misguided effort to show his support for former President Trump,” Broden said. “His social media comments reflect very ill-considered political hyperbole in very divided times and will certainly not be repeated in the future. He looks forward to putting all of this behind him and accepts responsibility for his actions.”

Miller’s hearing is expected to take place on Jan. 25.

The charges against him come as officials with the FBI and Department of Justice are debating against moving forward with charging some of the people who stormed the Capitol, the Washington Post reported Saturday.

One argument being considered, according to the Post, is to release those who stormed the building but did not commit further violence. Others are opposed to that thinking, the Post reported, arguing in favor for sending a message against any future actions.

Ocasio-Cortez is among the lawmakers who have spoken out about concerns for their safety during the assault on the Capitol. In an Instagram video after the insurrection, Ocasio-Cortez said she had a “very close encounter” that day and thought she “was going to die.”

“I did not know if I was going to make it to the end of that day alive,” she said.

She has also previously spoken about the death threats she regularly receives.

“I used to wake up in the morning and literally get a stack of pictures that were forwarded by Capitol police or FBI. Like, ‘These are the people who want to kill you today,’” Ocasio-Cortez told Vanity Fair in October.