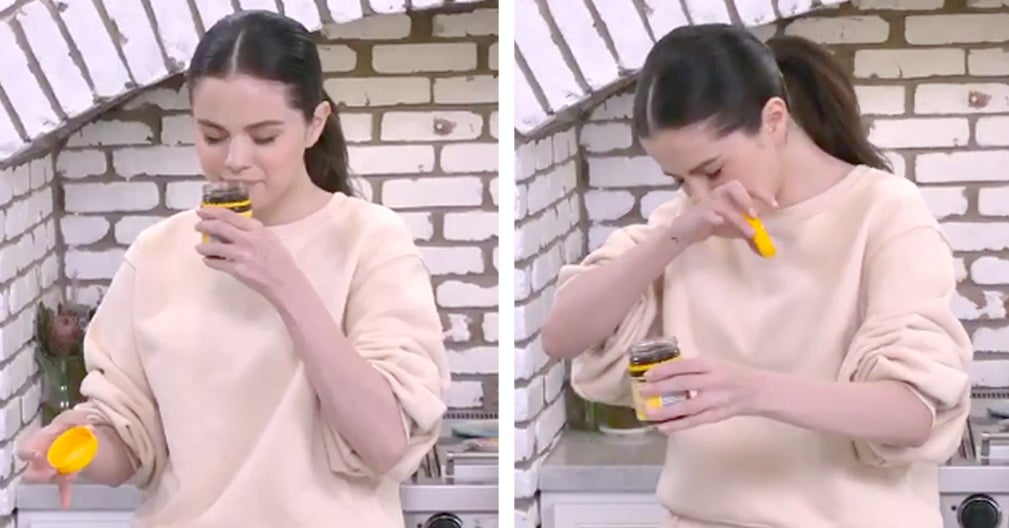 Let’s be real: Americans have a history of getting Vegemite toast all wrong.

And while it’s usually not their fault because they don’t have an Australian on hand to guide them, it does result in some terrible demonstrations of how NOT to eat Vegemite — especially for first-timers.

Not convinced? Let me present Selena Gomez, who shared a snippet from Selena + Chef to her Twitter page this morning.

In her tweet, Selena mentioned that Australian chef Curtis Stone had sent her some local treats to try.

First up was Mint Slice, which immediately got a thumbs up from Selena because it reminded her of Christmas.

Next up was Tim Tams, which Selena had already tried thanks to her Aussie fans gifting her them in the past.

Then one of Australia’s most iconic chocolate bars, the Violet Crumble, which got a “nuh-uh” from Selena.

This was followed up by ANZAC biscuits, which Selena loved and said would be perfect to dunk in some coffee or tea.

And then, of course, the Vegemite was saved for last, with Selena saying she was “very hesitant” to try it.

Selena started off her taste test by giving the Vegemite jar a sniff, which is something you absolutely should not do.

She then followed this up with another bad decision, choosing to scoop the Vegemite straight OUT OF THE JAR and into her mouth.

Considering that, it’s no surprise that her reaction was this:

*Cries in Australian because that’s not how you eat Vegemite.*

Being the absolute angel that she is, Selena apologised to Australia and said “I love you guys…it [her reaction] has nothing to do with you.”

Selena, on behalf of Australia, we accept your apology and blame it on Curtis Stone, who should have sent some instructions on how to properly eat the fine delicacy that is Vegemite.

Anyway, for the non-Australians reading, the best way to eat Vegemite is to get a piece of toast, slather it with butter and then scrape it lightly (emphasis on the LIGHTLY) with Vegemite.