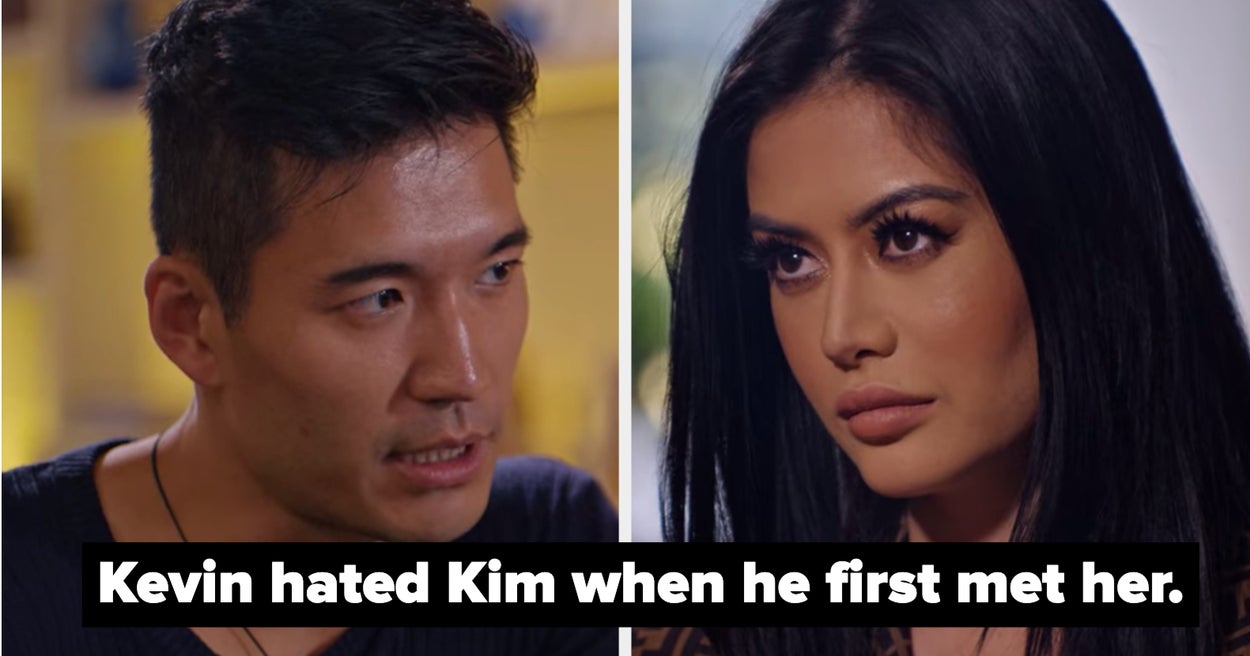 
1. Bling Empire is produced by Jeff Jenkins, who also did other iconic reality TV shows Keeping Up with the Kardashians and The Simple Life.

2. Jenkins thought he’d seen it all shooting Kardashians, but by the time he started working on Bling Empire, he knew he was very wrong.

4. Kane Lim says the show works because of the level of trust with everyone involved, and that the cast (aside from maybe Kevin) doesn’t actually need to do the show for money.

5. Many shopping scenes were cut during editing.

6. Another thing that didn’t make it into the show? Anna Shay buying three Mercedes Benz in one day.

7. Kane didn’t know Anna before joining the show and says she was one of the last to sign on. Now, however, they’re extremely close.

8. Anna would live in Paris for six months out of the year before the pandemic.

10. Anna doesn’t portray any kind of “character” on Bling Empire — she insists that what we see is exactly who she is.

11. Kane says the pandemic has (obviously) changed the way he shops on Rodeo. Instead of going into the stores, he stands outside, points to what he wants, and it’s brought out to him.

12. Kane says nothing on the show is scripted — aside from maybe Andrew’s acting.

13. Kelly Mi Li and Andrew are still together and “better” but still living separately.

14. In regards to Kevin Kreider, Kelly says she thinks of him as a brother — despite the date that they went on.

15. Kelly saw a video Kevin posted online before he’d even moved to Los Angeles. Once he did, they connected. That’s how the friendship began.

16. Kelly read the book Crazy Rich Asians and her first thought was, “These are fictional characters of my real friends.”

17. Kevin was afraid of “ruining [the show’s] vibe” because he wasn’t rich and was so new to the group at the time.

18. Kane was the second person cast on the show but needed the most convincing.

19. The drama with the penis pump scene was unscripted and 100% real.

20. Anna says the penis pump was in her guest room shower and belonged to her guest.

21. Christine Chiu has become even closer with Cherie Chan after filming.

22. Referring to her ongoing feud with Anna, Christine says that Anna has time to come up with petty games.

23. Kevin didn’t intentionally go into the show thinking he was the voice of the viewer at home, but someone who was genuinely shocked and mesmerized by the wealth as someone from a middle-class family.

24. To Kevin, the show isn’t just about “bling,” but about discovering his identity as an Asian American.

25. Kevin hated Kim in the beginning, saying he thought she was “some rich Malibu wannabe gangster DJ.”

26. In the finale, Kevin said he thought he felt a spark with Kelly at the party. They even talked about it afterwards when he asked her if he would have made a move, would she accepted? Kelly’s response was “maybe.”

27. Anna admits she’s “quite shy” and never thought she’d be doing a show like this.

28. Anna “was confused” when she got the checks from Netflix, and then got in trouble for not cashing them. She believes the money really belongs to the crew for putting up with her.

29. When Anna first heard Kelly’s phone call with Andrew in Paris, she thought it was a joke.

30. Anna’s Beverly Hills home that was featured on the show is now for sale for $16 million dollars. She downsized during 2020.

31. Jamie’s father is a billionaire: Ken Xie made his money by building the first firewall and VPN. Jamie never thought she’d end up on reality TV.

33. Kelly wants both Kim and Kevin to find love if they get a Season 2.

34. Cherie Chan and Jessey Lee say they’ve been overwhelmed with the response from the show.

35. Cherie says she and Jessey “are who they are” on the show.

36. Kelly started her first business at the age of 23 and worked her way up from there.

37. Kelly says sometimes they’d forget the cameras were rolling because they would be so discreet.

38. Kelly acknowledges that the Asian community is often very underrepresented in media and is glad to see it growing a little bit more.

39. Christine says she regrets that the show only highlighted one side of her personality.

40. Now that the show is out, Christine has received a lot of DMs from mothers with fertility struggles.

41. In a YouTube video, Jamie says everything she buys (shopping-wise) comes from her own money that she makes.

42. The producers wanted Anna to make her Instagram profile public after the show aired — which she begrudgingly did.

43. The first season of Bling Empire wrapped two years ago — back in early 2019.

44. Kane says he feels pressure related to how he’s going to be perceived — that he doesn’t want to be labeled as stupid and rich, adding that “the more money you have, the more problems you have.”

45. Kane says he’s a bit scared of the level of fame that will come with the show’s popularity.

47. If upcoming seasons happen, Kelly says it would be interesting if they could explore everyone’s hometowns.

48. When Kane and Kevin went to [spoiler redacted] for Kim, she said the trip made her look at them in a different light, revealing that they had the best intentions.

49. If you didn’t catch it during the show, Baby G’s real name is Gabriel Chiu III.

50. Christine is proud of the end result of the show and happy about the audience’s interests in growing diversity on screens.