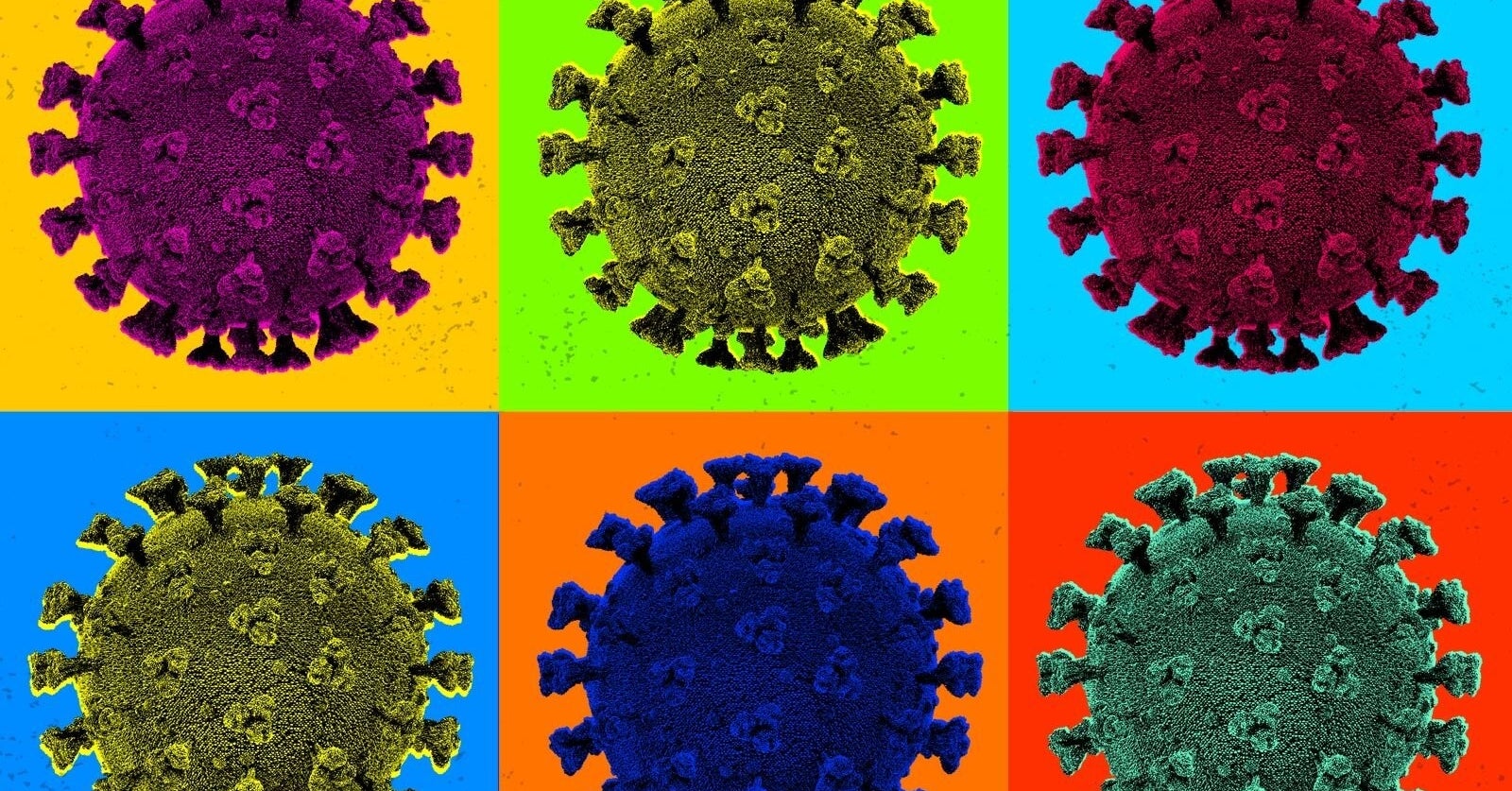 COVID-19 vaccines seem to be effective against two extra-contagious versions of the coronavirus, according to new lab results released on Monday. But experts see trouble ahead as the virus, which is mutating faster than scientists expected, could threaten to overcome vaccines.

Moderna reported that its two-shot vaccine was still effective against two new variants, or mutated forms of the coronavirus, the B.1.1.7 one first seen in the United Kingdom and the B.1.351 one first found in South Africa. The study used blood samples from vaccinated people, showing that they still produced a “neutralizing” amount of antibodies when exposed to the variants of the virus in a test tube — sufficient to block infections. The news followed similar results from Pfizer and BioNTech, which last week announced that their vaccine successfully blocked the B.1.1.7 variant.

But the new data is also concerning. Moderna reported a “six-fold reduction” in its vaccine’s antibody levels against the B.1.351 variant, supporting similar findings announced by South African scientists last week. While that’s still sufficient to block the virus, it’s a troubling signal that vaccinated immune systems may not be as good at identifying newer versions of the virus. Moderna is preemptively testing a third booster shot of its vaccine against the B.1.351 variant and an updated version of the vaccine designed specifically to fight it. Pfizer and BioNTech have seen similar reductions in antibody levels in response to this variant, according to the New York Times.

Moderna stated that the emergence of new strains and their ability to potentially thwart vaccines should be “a call to action.”

“It looks like it does diminish more so the efficacy of the vaccine,” Anthony Fauci, chief of the National Institute of Allergy and Infectious Diseases, said Sunday on CBS’s Face the Nation. However, he said, the surprisingly effective Pfizer and Moderna vaccines — which both offer around 95% protection — give some “cushion” for the shots to still create enough antibodies to protect people.

The emergence of the more contagious variants has alarmed public health officials worried that hospitals could become even more overwhelmed as cases increase. Now, as mass inoculations kick off worldwide, experts are concerned that the new mutants, or future ones, may diminish vaccine effectiveness, threatening efforts to finally contain the pandemic.

President Joe Biden reimposed travel bans from European countries and South Africa, the latter set to start on Saturday, out of concern over the spreading variants. And new, potentially dangerous mutants keep being reported: On Monday, health officials reported the first US case of a P.1 strain, first found in Brazil, that is thought to be more contagious. Earlier in the day, California reported hundreds of cases of a newly identified variant there.

“Many people’s guess is it’s much higher than [what has been reported], and we’ll be looking for it on a much more continuous basis,” Mark Ghaly, California’s secretary of health and human services, said in a press briefing.

While future variants may threaten our existing vaccines, scientists cautioned that the news so far should be reassuring.

“It may be that we will have to change the vaccine so that it is more responsive to new variants,” said Kathryn Edwards, scientific director of the Vanderbilt Vaccine Research Program, speaking at a recent Infectious Diseases Society of America briefing. “But at this point it doesn’t seem that that’s the case.”

Both US-authorized COVID-19 vaccines train the immune system to recognize and attack the “spike” protein of the coronavirus that allows it to infect human cells. The B.1.1.7 and B.1.351 variants possess several mutations — some overlapping — affecting the tip of the spike protein. That’s most concerning because the vaccines create antibodies that attach to this tip; significant changes in its shape might thwart our immune defenses.

“Certainly the data from South Africa is concerning, and I definitely expect the virus to evolve to evade our immune system even if this set of variants do not,” Russ Corbett-Detig, a biomolecular engineer at the University of California, Santa Cruz, said by email. “If these new variants are able to escape the immune response, that’s bad news.”

Some scientists have called for caution before hitting the panic button, however, noting the limited conclusions we can draw from the studies so far.

“The only way we will know if a variant is a problem for vaccines is if we see significant numbers of people who have been vaccinated being admitted to the hospital,” Paul Offit, a vaccine expert at the Children’s Hospital of Philadelphia, told BuzzFeed News. “That is the only proof, and it will take time. Everything else until then is just someone trying to make a prediction.”

While the test-tube assays only measure the production of antibodies, other immune cells also help protect people against coronavirus infections. Fundamentally, scientists are still unsure what precise combination of these protective cells are needed to ward off an infection, Offit said.

Viruses are expected to mutate; scientists estimate the coronavirus typically picks up one mutation for every 10 people it infects. A variant called D614G became the dominant variety of the coronavirus in the United States last spring, for example, following super-spreading events on the East Coast that followed its arrival from Europe.

“Essentially, the huge number of cumulative infections worldwide provides a large number of opportunities for viruses to acquire beneficial mutations and then spread preferentially,” said Thomas Friedrich, a vaccine expert at the University of Wisconsin, Madison. “This is kind of like playing an evolutionary slot machine. One individual slot may be unlikely to hit the jackpot — but if you are able to play millions of slots in parallel, hitting the jackpot on a few becomes much more likely.”

Increased transmissibility among some new variants is inevitable in this genetic lottery, with close to 100 million cases globally so far. British Prime Minister Boris Johnson tightened lockdowns in the UK because of the B.1.1.7 variant, which is now widespread there, citing its increased contagiousness driving a surge in new cases. Johnson said last week that some evidence suggests the variant is 30% more deadly than the original virus, but that data is still under review by a British medical advisory panel. A more contagious bug could be even more dangerous than a deadlier one since an exponential rise in cases may overwhelm hospitals and lead to many more deaths.

These new variants may be emerging in a cluster in part because of where we are in fighting new outbreaks. “We are at sort of a crossroads in the pandemic,” Friedrich said.

While more people are still getting infected worldwide, others are gaining immunity after recovering from infections or getting vaccinated. These two groups of people allow the coronavirus to bounce back and forth, mutating quickly in people who are newly infected while facing pressure to develop new mutations against the growing pool of those who are immunized.

“The virus is already pretty good at transmitting itself, so there’s a balancing act to its evolution,” Friedrich said. An open question in virology is how much room the coronavirus has to mutate since wholesale changes to the spike protein will render it unable to infect human cells. “The virus has to keep the spike.”

For the existing vaccines, “the good news is that antibody [levels] are high to begin with,” Peter Hotez, a vaccinologist at the Baylor College of Medicine, told BuzzFeed News. The new findings about the B.1.351 variant may be more concerning if future vaccine candidates are less effective. Hotez said it’s also possible that one-dose vaccines — like Johnson & Johnson’s candidate, which is expected to report results next week — could be upped to two doses to increase its antibody response.

Fortunately, both the Pfizer and Moderna vaccines use mRNA technology, which can be quickly developed or updated when new variants emerge. More traditional vaccines that rely on growing large viral cultures and then deactivating them, injecting the dead virus as the inoculation, might be too slow of an approach.

For now, Offit said, the US should increase its efforts to genetically sequence variants, tracking their spread. The Biden administration has included a request for this sort of tracking in a $20 billion bid to improve COVID-19 testing nationwide as part of its larger pandemic response plan.

As the drug companies race to test boosters and updated versions of their vaccines, Offit said that people will need to stay vigilant about wearing a mask and socially distancing.

“We should get ready,” he said.

Stephanie Baer and Stephanie Lee contributed reporting for this story.