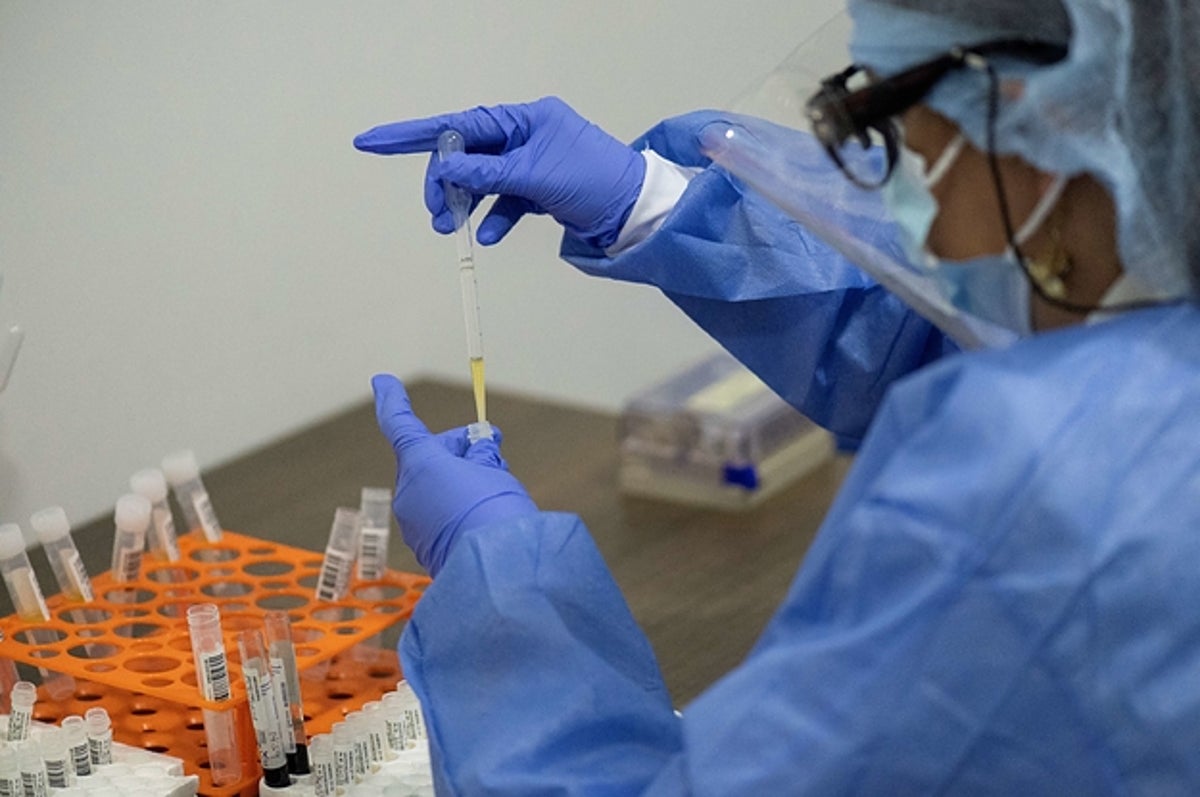 In a boost for US vaccination prospects, federal health officials and the drug maker Janssen Pharmaceuticals on Thursday morning reported effective early results for a single-shot COVID-19 vaccine.

Officials from Janssen, a Johnson & Johnson company, said they planned next week to submit the clinical trial results — a 66% overall reduction in COVID-19 cases after vaccination — to the FDA for possible authorization as a third US coronavirus vaccine in February. While still effective, the reductions are less than the results for the US’s already-authorized two-shot COVID-19 vaccines, about a 95% for Pfizer-BioNTech’s and around 94% for Moderna’s.

The one shot vaccine was 72% effective in its US testing, and 85% effective overall in preventing severe disease, as well as completely protective against death and hospitalization. Among roughly 450 cases of COVID-19 observed among trial participants, there were only 5 deaths from the disease, all of them in the placebo arm.

While the public may see a 72% efficacy in the United States as less imposing than results from the earlier vaccines, Anthony Fauci of the National Institute of Allergy and Infectious Diseases, said “in their absence, one would just get this as an absolutely spectacular result, and in fact, it is extraordinarily important,” because of the finding of high protection against severe disease and death, even against new variants.

“What is important from a public health standpoint is to keep people out of the hospital and prevent illness,” said Fauci, on a briefing for reporters. He acknowledged this will be a “messaging challenge” for the public, which may face a choice between a single-shot vaccine with a still impressive but lower-reported efficacy, compared to a two-shot vaccine that is more work to schedule and administer.

Still, “it’s a nice problem to have,” to have multiple vaccines a year into the pandemic, said Operation Warp Speed’s Matt Hepburn.

The trial was held in the US, Brazil, and South Africa, where a now-dominant variant strain proved more resistant to the vaccine. The overall protection against moderate and severe disease was 66% in Latin American countries and 57% in South Africa, one month after vaccination. The shot appears equally protective across all age groups, according to Janssen

“We believe this vaccine is for everyone,” said Janssen’s Mathai Mammen. The safety profile for the vaccine was “plain vanilla,” he added, mostly some fevers and fatigue like any other vaccine, without any serious allergic reactions.

The Janssen vaccine relies on a harmless cold virus, called an adenovirus, that has been given the genes for the spike protein used by the coronavirus to infect people’s cells. The vaccine familiarizes the immune system against the spike protein, readying it against the actual virus when it attacks.

Already used for a successful Ebola vaccine, adenovirus vaccines require less care than the two already-authorized mRNA vaccines, easing their administration in pharmacies and smaller clinics. They can be stored in normal refrigerators for up to three months.

The Janssen vaccine results come just as the numbers of US vaccine doses administered has exceeded the reported number of US COVID-19 cases reported, both around 26 million. Only in the last week have US vaccination rates begun to exceed more than 1 million shots a day.

About 10 million doses of the currently-authorized two-shot vaccines are now being shipped nationwide every week. It was originally hoped that Janssen would be able to add another 12 million shots to US distribution in February, if authorized by the FDA, but earlier this month, Operation Warp Speed’s Moncef Slaoui, said the company would deliver only a few million due to manufacturing delays, reportedly 3 to 4 million shots. Janssen is under contract to deliver 100 million shots by the end of June, and under terms of an agreement that brought the company $1 billion in federal manufacturing assistance, another 300 million shots can be contracted for by the US government.

On Wednesday, the Novavax vaccine candidate also supported by Operation Warp Speed, the $18 billion vaccine and drug-development private-public partnership, reported early results from clinical trials in the United Kingdom, where it reported an 80% drop in COVID-19 cases among its vaccinated participants, and a 60% reduction among HIV-negative participants in its trial in South Africa (it produced a 49% reduction in the smaller numbers of HIV-positive participants there, still better than many flu vaccines against the flu), where a mutated, more contagious strain of the coronavirus now predominates.

Notably, those results along with the Janssen findings suggest that current vaccines designed with the spike protein from the original strain of the coronavirus will become less effective over time against newer strains such as the B.1.351 one now dominant in South Africa, which was reported on Thursday in the first US cases, in South Carolina. The threat of new, more transmissible strains of the coronavirus may force vaccine makes to manufacture booster shots for vaccines aimed against these new threats. A US clinical trial of the Novavax vaccine is expected to finish enrolling volunteers next week, with early results expected in February.

On the plus side, the finding of equal protection against serious disease and death seen worldwide from the Janssen vaccine results suggests that the new coronavirus variants have trouble evading immune cells that develop later after vaccination called T cells, said Mammen, even if they are better at evading the antibodies that arise initially in an infection. He suggested that disease protection after vaccination may increase beyond the 28 days measured in the trial, because of these T cells. Severe COVID-19 cases usually develop only after a week or more of infection.

The pandemic has caused more than 54 million COVID-19 cases and killed more than 1.3 million people worldwide, with more than 246,000 of the deaths in the US. Cases are still surging across the US, killing more than 1,400 people a day. More than 1 million new cases of COVID-19 were reported in the US last week.