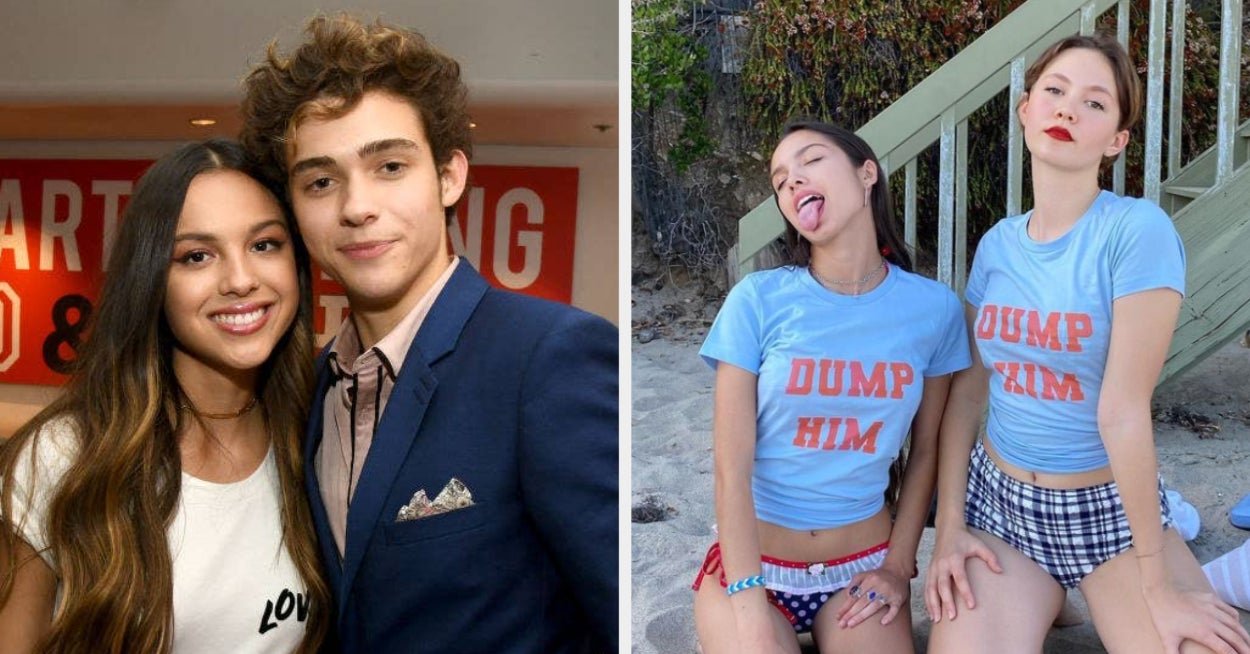 There is another new strand to the Olivia Rodrigo, Joshua Bassett, Sabrina Carpenter drama and honestly I think I’m living through Groundhog Day at this point.

But stay with me! We’ll get through this one together!

So, by now you probably now the basic details — Olivia and Joshua were apparently dating, then apparently broke up, with Joshua reportedly moving on with Sabrina while Olivia dropped a song about the whole thing that broke a bunch of records and went to number one on the Billboard Hot 100.

Since then, we’ve had a continuous loop of ~maybe shady~ shots being thrown, with all parties releasing songs that include lyrics which appear to make some not-so-subtle digs.

After Olivia dropped breakup anthem “Drivers License” and seemingly gave her side of the story, Joshua stepped up and dropped a song of his own called “Lie Lie Lie” — very subtle, I’m sure you’ll agree.

Then, Sabrina decided she wanted to have her say and released a track called “Skin” which basically seemed to be about getting into a new relationship with someone and trying to not let their ex dampen your happiness.

However, although the lyrics in each song leave almost no doubt as to who they’re about, the trio have been reluctant to explicitly confirm it. But they also seem reluctant to shut the drama down completely.

Now Joshua has decided to jump back into the spotlight with another new song that may or may not be about the drama. Spoiler: it probably is.

This song is called “Only a Matter of Time” and the lyrics are…well, they’re very interesting to say the least.

Now, there’s a spanner in the works here because in an Instagram story posted on Thursday, Joshua said he wrote the song last summer “in a moment in time where social media was bringing a lot of darkness” to his life.

If we cast our minds back to last summer, what was happening? Ah yes, the rumored breakup between Joshua and Olivia was unfolding, with the “Drivers License” singer posting a picture wearing a “dump him” T-shirt in August.

This pretty pointed picture was posted on an interesting day — the same day that pictures emerged of Joshua and Sabrina on an apparent lunch date. Need I say more?

So, that’s where we’re at right now. Will someone finally cave and tell us all what’s really going on, or will there be another slew of songs with explanations about how the lyrics aren’t about anything in particular despite how shady they look?