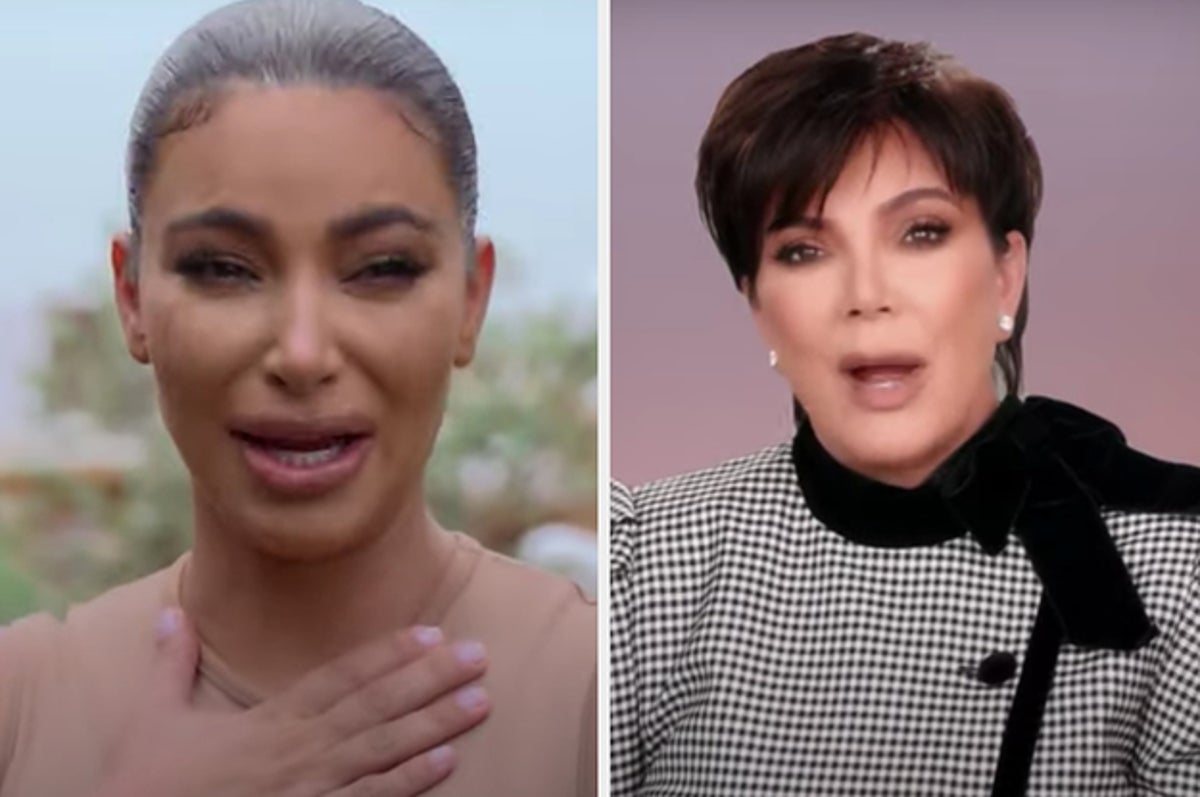 Late last year, the first family of Calabasas revealed that their iconic show, Keeping Up With The Kardashians, would be coming to an end in early 2021.

The Kardashian/Jenners confirmed the news with matching Instagram statements in which they thanked fans for all their support over the last 14 years and 20 seasons of the show.

“Without Keeping Up with The Kardashians, I wouldn’t be where I am today,” Kim wrote in her statement. “I am so incredibly grateful to everyone who has watched and supported me and my family these past 14 incredible years.”

Earlier this month the Kardashians revealed that filming for the final season had wrapped, with the family sharing emotional drinks with the production crew who each received a Rolex watch as a farewell gift.

And now the all important teaser trailer for the final season has arrived and boy is it emotional.

The trailer opens with flashbacks to iconic moments from the show, as Kim and Khloé reminisce over the memories.

Interspersed between these flashback shots are the words: “For 14 years, they opened their hearts. Now, the curtain is about to close. Keep up for one last season.”

We then get to see the moment the Kardashians told the production crew that the show would be ending — a moment they’ve all maintained was the hardest part of deciding to call time on KUWTK.

Through tears, Kris Jenner says: “We just wanted to tell you in person that we won’t be going forward with filming the show anymore.”

The camera cuts to crew members crying too…

Before Kim bursts into tears and says: “I just want you to know that we really appreciate you guys — each and every one of you.”

But elsewhere in the trailer, there are hints at major ~drama.~

“I just feel it’s time to have another kid,” Khloé says in the clip, before Tristan breaks into a smile.

“For almost a year now, you’ve been a completely different person,” she told Tristan during the episode last year. “It frustrates me because I’m like, ‘Why now? Why are you the man I dreamed of currently? Why couldn’t you have been like that when we were together?'”

So, it seems that perhaps Khloé and Tristan have rekindled their relationship for good — and that the season could round out with a second Baby Thompson on the way.

The trailer then goes on to address Scott and Kourtney’s relationship, with the family heavily hinting that the pair, who split in 2015, are ~end game.~

“I saw Scott and Kourtney asleep together on the couch,” Kim tells her family before the camera cuts to the cute scene.

“They’re definitely made for each other,” Kendall goes on. “Like, they’re supposed to be together.”

And the trailer ends with a hint that the family have been doubting whether they made the right decision to end the show.

The words: “Celebrate the era, the empire, the end” flash up on the screen, before the camera cuts to Kris Jenner — the show’s creator — in a final confessional.

“Did we make the right decision by walking away?” Kris asks the camera before the trailer comes to an end.

Much has been made of what the future will hold for the family after the season 20 finale.

Back in September, BuzzFeed News speculated that KUWTK ending could risk the family’s entire empire. After all, the show provides the framework for everything else they do — it extends the news cycle, ensures visibility and connects them as the world’s most ubiquitous, powerful celebrity brand. Without it, they risk losing the very vehicle of their fame.

But it remains to be seen how everything unfolds over the next few months, and for now the countdown to March 18 is on.

Season 20 of Keeping Up With the Kardashians premieres Thursday, March 18 at 8:00pm ET/PT on E!

You can watch the full trailer here.