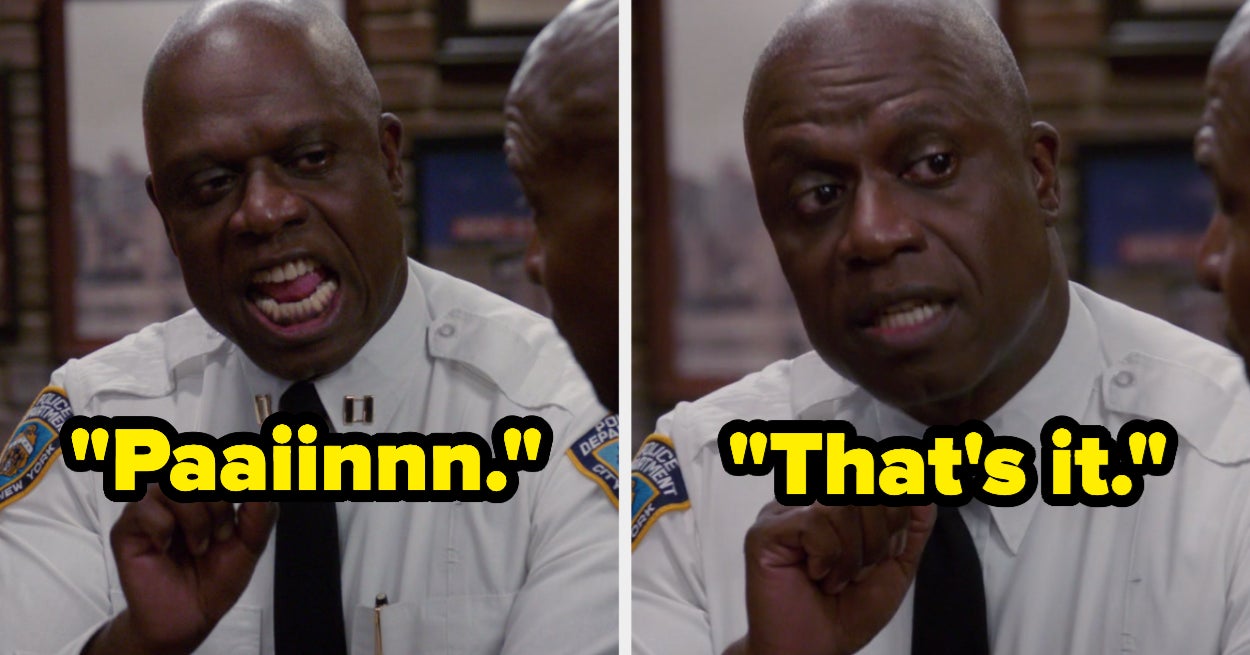 We recently asked the BuzzFeed Community to tell us Captain Holt’s best moment on Brooklyn Nine-Nine. Here are the outstanding responses.

When Holt was have a terrible time after being transferred but he had to write a toast.

And then this was the toast he delievered.

When he decided to stay late at work and called Kevin to let him know.

When Amy and Jake were trying to one-up each other the morning of a heist, but then Jake discovered his pre-made breakfast was gone.

When Jake “pranked” Holt by moving his podium half an inch.

When Holt made a balloon arch for Rosa’s wedding, but everyone else didn’t like it. Then Rosa saw it.

When he diffused a situation. By dancing.

When Kevin and Jake were about to stay in a safe house and Holt really — like, really — made sure everything would be as safe as possible.

Whenever he pretends to be straight.

When Holt got fired up and decided to take the “chopper” and go by a cool nickname.

When Amy was seconds late for work and everyone guessed why, then Holt made her say what happened when she arrived.

When Holt and Terry argued over who would have to drive a motorcycle, and Terry said he wouldn’t do it because he has three kids.

When he told Jake how he actually hurt his wrist, and then deleted all the evidence.

When Holt was going to officiate a wedding, but the speech he was writing wasn’t great, so he tested out “winging it.”

When Holt and Jake got the mumps and named their goiters.

When Holt tried to get a dentist to confess to murder by talking about how dentists aren’t real ‘doctors’, but wound up defending PhDs — including his husband — instead.

By calling her a witch.

And finally, when Holt and Kevin were arguing about a math problem — during the time everyone was on the night shift — and Rosa said what the real issue was.