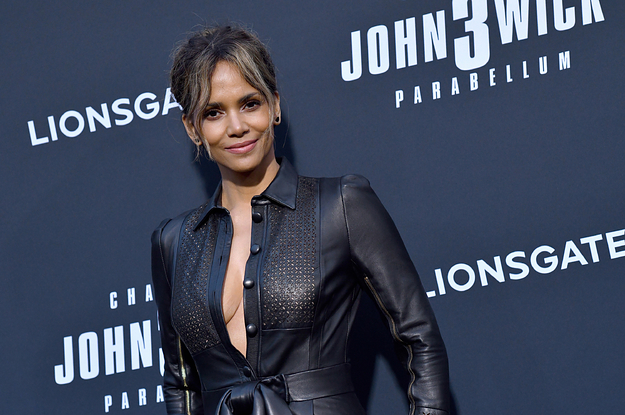 Halle Berry is a legend.

During a virtual panel at the Sundance Film Festival hosted by the Hollywood Foreign Press Association, Berry — who directed and starred in the upcoming MMA drama Bruised — spoke about the importance of teaching her 7-year-old son to question gender stereotypes.

“I have realized what my job is in raising him. If we want to have a future that’s different, that is where it starts,” she explained while talking about her son Maceo Martinez.

While in conversation with actor and co-panelist Robin Wright, Berry stated, “You made me think of how many conversations I’ve had with him, say, since he’s turned 5 years old, about the differences in boys and girls, and I see how he’s taught to feel like he’s superior, at 5, [to] girls.”

“I’ve had to really break that down for him and give him a new perspective, and challenge those thoughts and ask him to identify where that comes from, and if he believes that or not and challenge what he’s subconsciously getting from somewhere.”

“I can tell that because we’re having those conversations he is going to grow as a deep thinker on the subject,” Berry continued while discussing the potential impact that she can have on her son’s upbringing.

“He’s going to be determined not to just accept it,” she reasoned. “I keep challenging him all the time, like ‘Well, why is that a ‘girl color?'”

This isn’t the only time Berry’s talked about her son and challenging gender stereotypes. In April of last year, she posted a video of Maceo walking around in her heels during quarantine — and after some negative comments, Halle graciously struck back at the haters.

“Harmless fun,” she replied. “It’s [hard] on these kids right now. Let’s laugh and have some compassion.”

Words to live by!