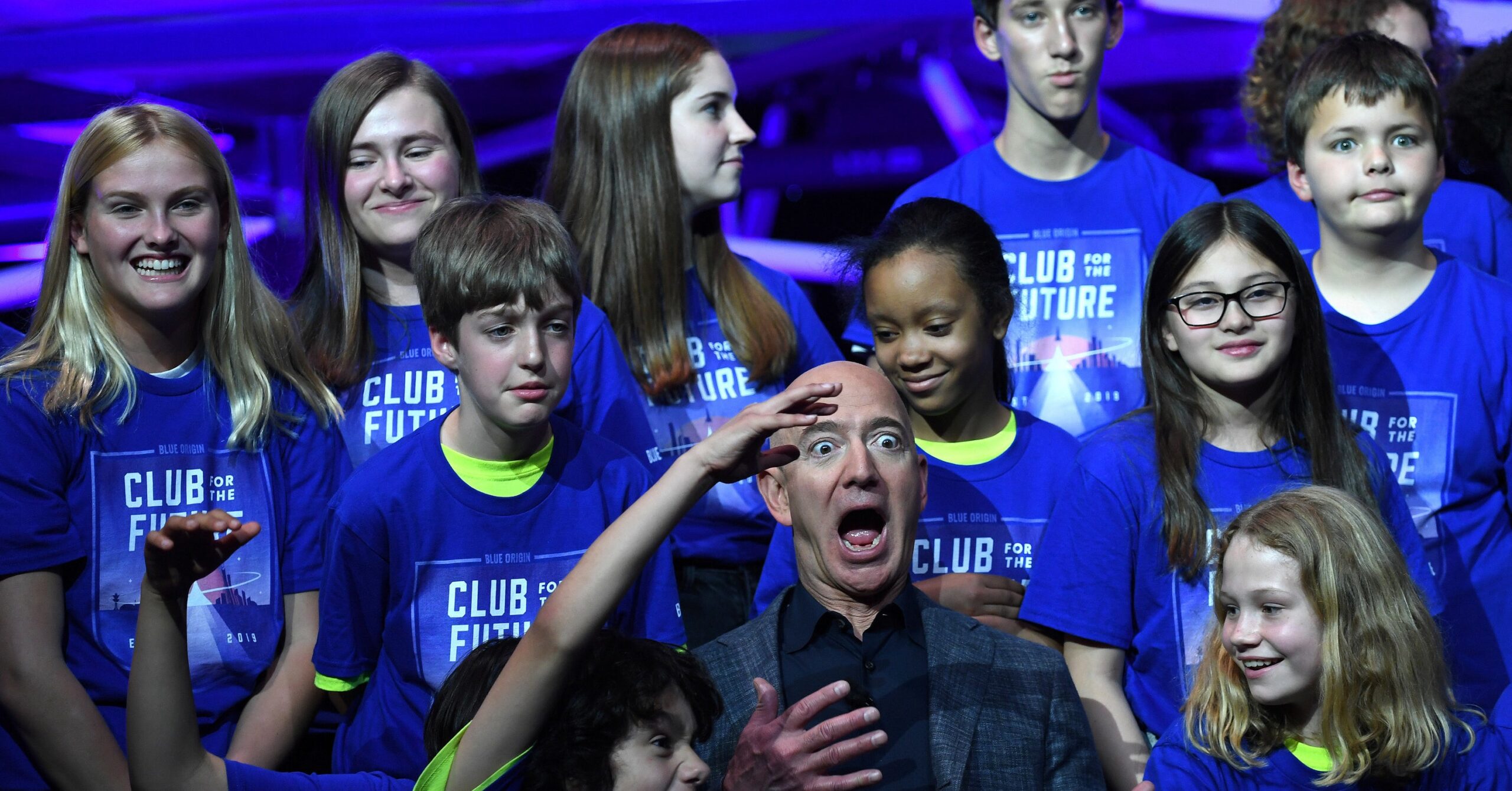 
Jeff Bezos is stepping down as Amazon CEO, the online internet retailing giant he founded 27 years ago, and will become executive chair, focused on “new products and early initiatives,” he announced on Tuesday.

“As Exec Chair I will stay engaged in important Amazon initiatives but also have the time and energy I need to focus on the Day 1 Fund, the Bezos Earth Fund, Blue Origin, The Washington Post, and my other passions,” Bezos wrote in a blog post, referring to his charitable efforts, his space exploration company, and the newspaper he owns. “I’ve never had more energy, and this isn’t about retiring. I’m super passionate about the impact I think these organizations can have.”

Jassy has been at Amazon since 1997 and has served as CEO of Amazon Web Services (AWS) since 2016. In September, the Washington Post described him as “an executive made in Bezos’s image.”

“I’ve never had more energy, and this isn’t about retiring.”

AWS is one of the biggest providers of internet infrastructure around the world and Amazon’s most profitable service. AWS was responsible for $12.7 billion in revenue for the last quarter of 2020, according to an earnings report from the company on Tuesday.

“We are firing on all cylinders, just as the world needs us to,” Bezos wrote in his note. “We serve individuals and enterprises, and we’ve pioneered two complete industries and a whole new class of devices. We are leaders in areas as varied as machine learning and logistics, and if an Amazonian’s idea requires yet another new institutional skill, we’re flexible enough and patient enough to learn it.”

It had long been rumored that Bezos had been looking to step down from his day-to-day role at Amazon. Having founded the company in 1994 to sell books online, the former hedge fund vice president transformed the company he originally wanted to name Relentless.com into the “everything store” and the world’s dominant web retailer.

Today, Amazon is not only an online retailer, but also a third-party marketplace, an entertainment production and distribution firm, electronic device manufacturer, and cloud services provider that’s worth a collective $1.7 billion in market capitalization. Bezos is the world’s richest person, with a net worth of more than $196 billion as estimated by Forbes.

Bezos has overseen Amazon’s growth from a fledgling merchant of books on the internet to one of the biggest companies in the world. The company now reaches into seemingly every possible sector. It acquired movie database site IMDB, home surveillance company Ring, supermarket chain Whole Foods, streaming platform Twitch, and dozens of other companies. Amazon has also used its wealth to launch a number of initiatives of its own, including the e-book product Kindle and its own movie studio.

In recent years, Bezos’s focus started to slowly shift away from the daily happenings at the internet giant. He went through a makeover, became more involved in Hollywood, and divorced his wife of 26 years, MacKenzie Scott.

Bezos also went about modernizing the Washington Post, the 142-year-old broadsheet he bought in 2013 for $250 million, and energizing Blue Origin, the rocket company he founded in 2000.

That growth has not come without setbacks.

Amazon has come under fire from governments around the world for allegedly monopolistic practices. In a 2020 investigation, the US House Judiciary Committee antitrust subcommittee argued that Amazon used its influence to hurt its competitors. The European Union has also investigated Amazon for allegedly using data that third-party merchants give to Amazon to compete against those same sellers.

From 2017 to 2018, Amazon prompted cities around the US to bid to host the location of its second headquarters, adding to its main headquarters in Seattle. After months of cities trying to out-do each other by offering tax breaks, corporate incentives, and large swaths of land, Amazon selected Long Island City in New York City, and Arlington City, VA, just outside of Washington, D.C.

Following anti-gentrification and inequality protests in New York, Amazon withdrew its offer. The Virginia Amazon campus is currently under construction.

Bezos has also overseen Amazon’s battles with unions. For years, Amazon warehouse workers around the country have tried to organize for better wages, paid time off, increased workplace safety, and other quality-of-life measures. In 2018, Amazon raised its minimum wage to $15 per hour for all employees, but removed overtime pay bonuses and stock options for hourly workers, making it possible that some workers receive less net compensation.

A 45-minute video leaked to Gizmodo in 2018 showed that Amazon mandated anti-union training as part of its onboarding process. “We do not believe unions are in the best interest of our customers, our shareholders, or most importantly, our associates,” the video says.

To keep pace with the demand for fast delivery to remote areas of the United States, Amazon uses a combination of its own trucks and contract drivers. Two BuzzFeed News investigations have found that this system has resulted in labor violations, injuries, and deaths.

And while Amazon has attracted plaudits from investors, activists and civil libertarians have raised worries about the way it enables surveillance and policing in the United States.

In June 2020, Amazon announced that it was suspending law enforcement use of Rekognition for one year, following weeks of protests against police brutality in response to police killings of unarmed Black people, including George Floyd and Breonna Taylor.

“Simply because the technology could be abused in some way doesn’t mean that you should ban it or condemn it or not use it.”

In the past, Jassy has defended Amazon’s development of facial recognition. When questioned by PBS’s Frontline about the technology’s potential for abuse, Jassy said, “I would say simply because the technology could be abused in some way doesn’t mean that you should ban it or condemn it or not use it.”

AWS is also one of the major providers of cloud computing services for the US Immigration and Customs Enforcement. When questioned on this, Jassy told Frontline, “It is unbelievably important for the safety of the country and the safety of the world for the US government to be able to have access to the most modern, sophisticated technology, of which the cloud is, and we believe AWS has the most capability in the cloud.”

Jassy has also defended Amazon against accusations that the company exercises monopoly-like influence, calling it “folklore,” according to CNBC. Recently AWS cut off services to Parler, a social network favored by conservatives, in the fallout after the Capitol Hill insurrection.

Jassy has not yet publicly acknowledged his upcoming new role as Amazon CEO.