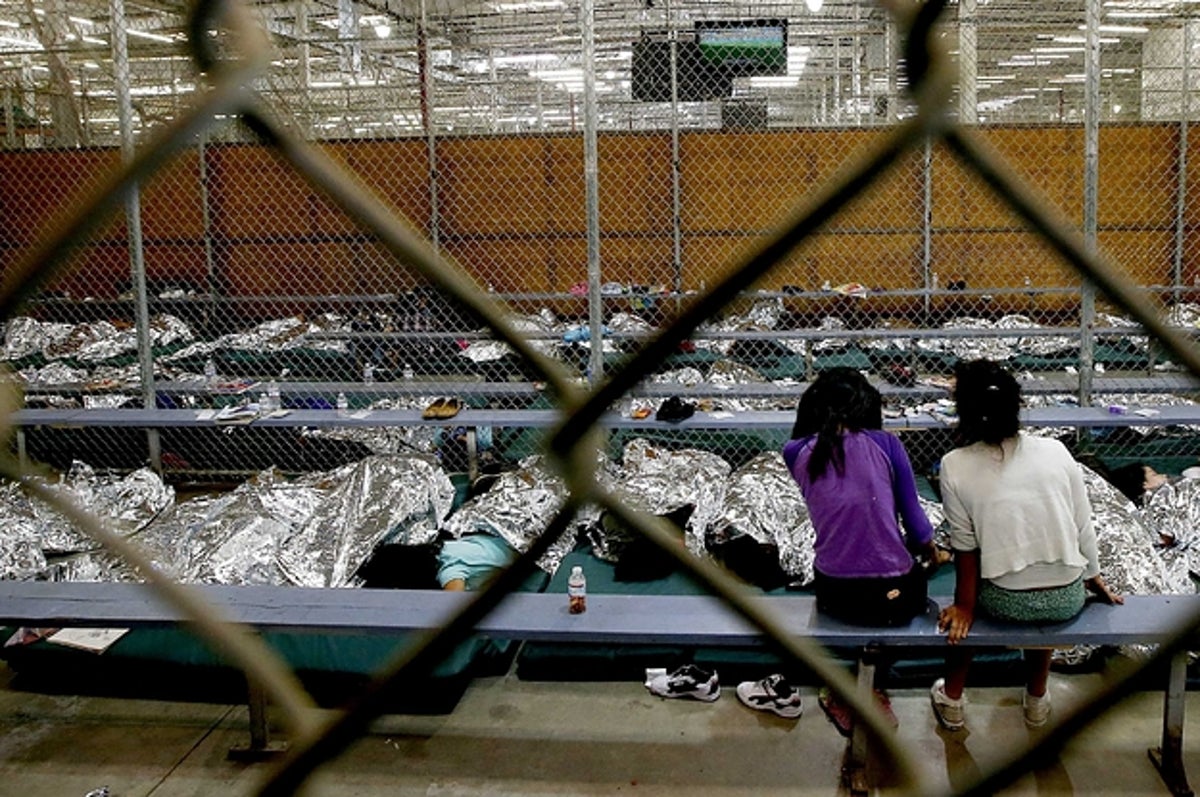 The goal of the task force, expected to be announced Tuesday through an executive order, will be to identify thousands of children separated under the Trump administration and make recommendations as to how the families can be reunited, possibilities that could include bringing parents back to the US via parole or issuing visas, according to a senior administration official.

Since July 2017, the Trump administration is believed to have separated 5,500 families at the border. Included in that figure are at least 1,000 children who were separated after Trump’s so-called “zero-tolerance” policy for minor crimes, such as traffic violations. In extreme cases, parents were separated because they were HIV-positive or their children had dirty diapers and deemed unfit by a US border officer, according to court documents.

Border Patrol agents are allowed to separate children from their parents in cases where authorities believe they are dangerous, have a criminal history or outstanding arrest warrant, are affiliated with a gang, have presented a fake claim of being the child’s guardian, or have a communicable disease. At times, agents have used unreliable and murky records to accuse parents of crimes they didn’t commit, leaving frantic parents trying to figure out how to reunite with their child on their own.

“It’s mind boggling that Border Patrol agents are given this much power and leeway to make those decisions,” said Christie Turner-Herbas, director of special programs for the nonprofit Kids in Need of Defense (KIND).

Some of these immigrant parents were separated from their children for reasons that wouldn’t be allowed in other settings in the US, Turner-Herbas said, such as fraud and forgery offenses, DUIs, or accusations that never resulted in a conviction. BuzzFeed News reported on the case of a father who was accused of a crime the courts found he didn’t commit in Guatemala, but was nevertheless separated by US border officers.

As Biden tries to close the book on the practice, said Turner-Herbas, new guidelines and procedures need to be established in order to avoid unnecessary family separations, otherwise they’ll continue. She said this was particularly concerning because the Biden administration has said it plans to start processing immigrants and asylum-seekers at some point in the future. For the time being though, the Biden administration has kept a Trump-era policy that immediately expels immigrants from the US citing the coronavirus pandemic.

“As soon as families start coming in again, I’m concerned Border Patrol agents will continue to use their discretion to separate,” Turner-Herbas said. “There’s nothing really stopping them from doing it now.”

The practice was challenged but upheld in federal court.

US Customs and Border Protection (CBP) did not immediately respond to a request for comment. But attorneys for the government under the Trump administration have defended the separations.

“The government has made reasonable separation decisions that account for the immigration-enforcement context in which this case arises as well as for the family integrity interests identified by this court,” government attorneys said in a 2019 court filing.

It can be tougher to make the public care about cases where parents are accused of having a criminal record, Turner-Herbas said, but in some cases the crime doesn’t merit separation. These types of separations also occurred during the Obama administration.

“There’s this sense of family separation being gone, in the past and we don’t need to worry about it happening again,” Turner-Herbas said. “These more under the radar family separations that can still happen are almost more troubling than zero-tolerance because this is an issue that hasn’t been getting a lot of attention.”

Yet, Turner-Herbas added, the children are still traumatized.

“It’s not proper for [border officers] to be making a decision with child welfare impacts based on criminal history that doesn’t necessarily relate to child welfare,” she said. “I can see it differently in cases where an adult has a prior conviction for child abuse, but that wasn’t one of the reasons we tended to see.”

These separations have received less attention from the public compared to those covered by a high-profile lawsuit filed by the ACLU. In mid-January, court filings in the federal family separation lawsuit revealed that lawyers still hadn’t been able to find the parents of 611 immigrant children. Of those, there are about 392 children whose parents are believed to have been deported from the US after being separated, according to court records. The parents of about 201 children are believed to be in the US. There are another 18 children for whom the government hasn’t provided a phone number for the parent, child, sponsor, or attorney.

In December, the Justice Department turned over a database held by it’s Executive Office for Immigration Review, which oversees the nation’s immigration courts, that had potentially useful contact information for families separated at the border. While advocates were glad for any more information that could help them find these parents, they were worried it was outdated more than three years later.

A steering committee that was formed as a result of the ACLU’s lawsuit has been trying to reach all of the parents of these children, in some cases working with advocates on the ground in Central America who travel to remote areas.

A common misconception about this group of 611 children is that they’re lost, said Cathleen Caron, founder and executive director of Justice in Motion, another one of the groups leading the search.

“The children are not lost, they’re with foster families or extended family in the US,” Caron told BuzzFeed News.

Attorneys and advocates in the steering committee believe most of the 611 children are in contact with their parents, but that doesn’t mean the lawyers have been able to reach them.

Still, Caron said, the committee needs to find the parents for themselves to check if they know where their child is and go over their options for reunification.

“It’s for the parent to gain control over their child again, the separation made them lose full control,” Caron said.

But even then the options to parents are limited, said Lee Gelernt, deputy director of the ACLU’s national Immigrants’ Rights Project and lead council on the family separation case.

“There are two choices: remain separated or bring your child back to danger in your home country,” Gelernt said.

In addition to the pandemic, hurricanes, and the government not keeping good records Gelernt said their efforts have been hindered by the distrust of some of the families and their inability to offer reunification in the US.

“There are definitely families that don’t want to talk to us because they feel like nothing good can come of it,” Gelernt said.

Some parents who left their children in the US after being separated have refused to speak with advocates, Gelernt said, afraid of jeopardizing their child’s ability to stay in the United States. Others have taken their children back to Central American countries plagued by poverty, violence, and corruption.

Only a very small number of parents were allowed to come back to the United States by US District Judge Dana Sabraw, who is overseeing the case.

Gelernt hopes that if the Biden administration does offer families the chance to be reunited in the US, it will make reaching the parents easier.

A senior administration official said they are considering allowing parents to come to the US, possibly through visas or some other type of “immigration benefit.”

“We’re not prescribing one set of benefits across the board,” the official said on a call with reporters. “It just depends on the situation of the individual families.”

But what exactly the Biden administration will commit to for these families or how it will treat ongoing family separations that continued after zero-tolerance remains to be seen.

Leah Chavla, a senior policy advisor for migrant rights and justice at the Women’s Refugee Commission, which is also part of the steering committee, said that in addition to bringing deported parents back to the US, the Biden administration should offer them a path to legal permanent residency for the trauma the US inflicted on them and their children.

As for the separations allowed to continue after “zero-tolerance,” Chavla said, the government has submitted reports to the ACLU as part of the lawsuit that often list vague or incomplete incomplete reasons for carrying them out. Even when a reason is completely stated, in many cases it doesn’t rise to any level of imminent risk to a child, Chavla said.

“The Department of Homeland Security is not a competent authority to be making parental fitness determinations,” Chavla said.