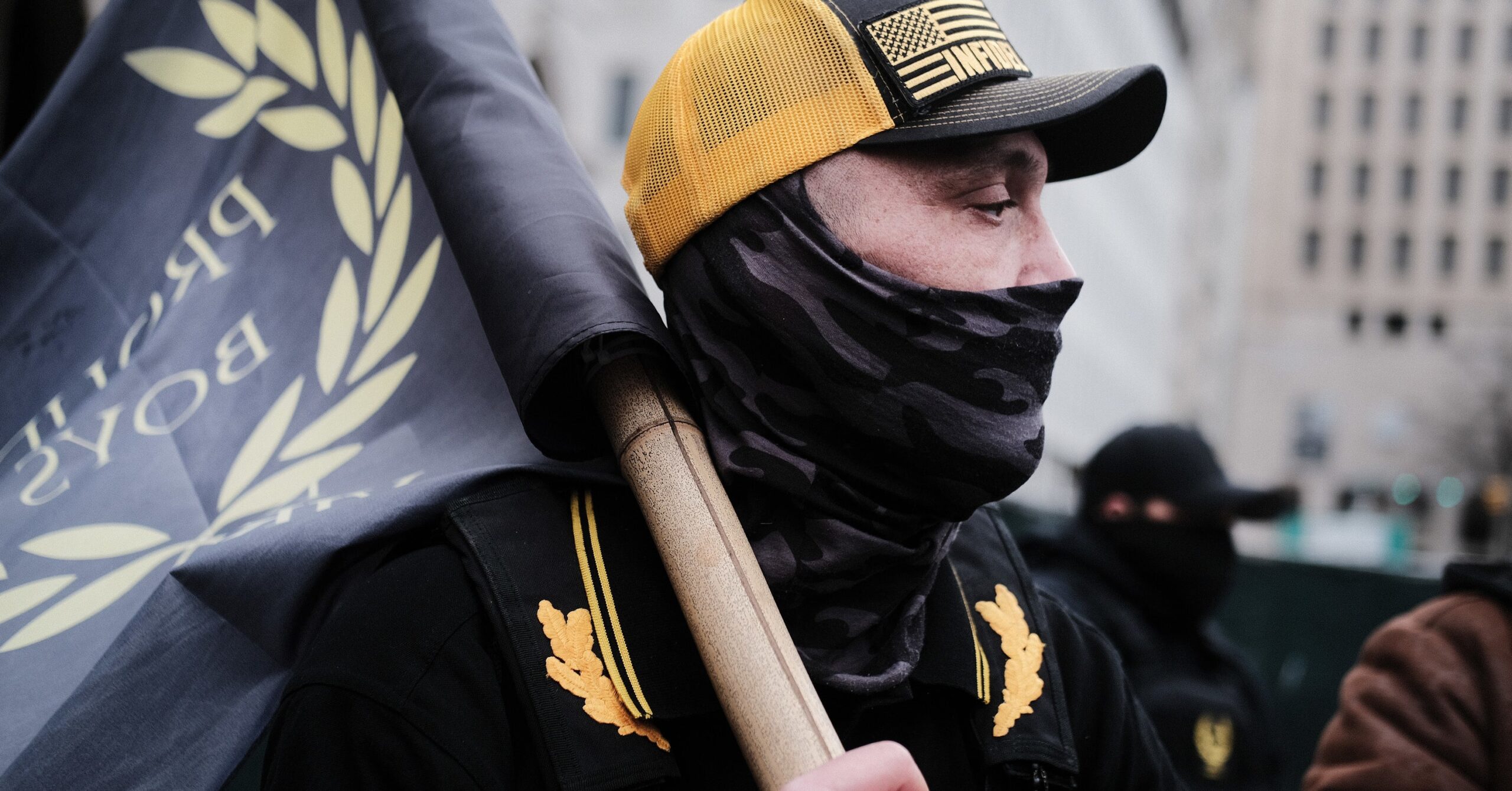 
The Canadian government on Wednesday labeled the violent far-right Proud Boys group, whose members were among those who stormed the US Capitol last month, and two other extremist movements “terrorist” organizations.

Public Safety Minister Bill Blair made the announcement, saying the threat of “ideologically motivated violent extremism has been identified as the most significant threat to domestic security in Canada.”

Blair said the Canadian government has also added Atomwaffen Division, an American neo-Nazi group, and the Base, a white supremacist group, to its list of terrorist entities. It is not known if any of those groups’ members were involved in the insurrection at the Capitol. The Russian Imperial Movement was also added to the list.

“No matter the ideological motivation, they’re all hateful, intolerant, and, as we’ve seen, they can be highly dangerous,” Blair said, adding that he hopes the new labels will send a message to violent extremist groups that their actions will not be tolerated by law enforcement.

The government designation follows a motion unanimously passed by Canada’s Parliament last month to designate the Proud Boys as a banned terrorist group.

Neither Proud Boys leader Enrique Tarrio nor anyone associated with Atomwaffen Division could be reached for comment. Rinaldo Nazzaro, the founder of the Base, wrote on his Telegram channel, “this is flat-out political repression.”

With the designations, Canada has gone further than the US when it comes to labeling such extremist groups. But President Joe Biden has directed his administration to conduct a full assessment of the risk of domestic violent extremism in the wake of the attack on the Capitol.

Asked at a White House press briefing on Wednesday if the US planned to do the same, press secretary Jen Psaki said there was a review underway of domestic extremist violence. “I expect we will wait for that review to conclude before making any determinations,” she said.

Last week, the Department of Homeland Security issued a warning about further violence by domestic political extremists, noting there is still a “heightened threat environment across the United States.”

While Canada’s designation does not make it a crime to be a member of the groups, those associated with them can now face serious consequences. For instance, banks can now freeze the assets of those involved with the groups, and police can charge anyone who financially or materially supports them.

The Proud Boys saw its profile raised and its ranks grow significantly last year when former president Donald Trump called on the group to “stand back and stand by” during a presidential debate with then-candidate Biden.

Several members of the Proud Boys played key roles in the Capitol insurrection last month, and at least two of them now face federal conspiracy charges.

Dominic Pezzola, one of the Proud Boys charged for participating in the Jan. 6 mob attack, was caught on camera smashing a Capitol window with a police shield, according to the FBI. He had instructions for making guns, poisons, and bombs in his home when the FBI searched his home, prosecutors said.

The Proud Boys, a self-proclaimed “Western chauvinist” group, was founded in 2016 by Canadian Gavin McInnes, who could not be reached for comment. The Proud Boys were vehemently pro-Trump for years until the former president made a statement following the insurrection condemning the violence. Since then, members have called Trump “weak” and a “failure” on the several Telegram channels they operate.

The group, which welcomes only men and has branches across the US and the world, has been involved in numerous violent events since its inception.

The Base, a white supremacist group founded in 2018 by New Jersey native Nazzaro (who goes by several aliases, including Norman Spear and Roman Wolf), has been described by the FBI as a “racially motivated violent extremist group” that “seeks to accelerate the downfall of the United States government, incite a race war, and establish a white ethno-state.” According to the Guardian, Nazzaro purchased land in Washington state for the Base to train its members in combat.

The FBI cracked down on the Base in 2020, arresting nine members who were allegedly planning domestic terrorist acts, including assassinations. Nazzaro remains free and now lives in St. Petersburg with his Russian wife and two daughters. In an interview last year with Russia’s state-run Rossiya-24 channel, he claimed the group was merely a “self-defense” organization and called himself a “family man.”

Atomwaffen Division is a neo-Nazi group that emerged in 2016 alongside the US alt-right segment of the white supremacist movement, according to the Anti-Defamation League. Members of AWD have already been connected to several killings in the group’s short history, per the ADL. Five senior members were arrested and charged with federal crimes last year. In October, Ukraine deported two members who tried to set up a local branch and join a far-right military unit to gain combat experience in the war-torn country. The Southern Poverty Law Center said AWD is “organized as a series of terror cells that work toward civilizational collapse.”

The Russian Imperial Movement is an ultranationalist, far-right paramilitary organization based in St. Petersburg. Last April, the US State Department listed three leaders of the group as “specially designated global terrorists.” The move marked the first time the US had labeled a white supremacist group as a terrorist organization.