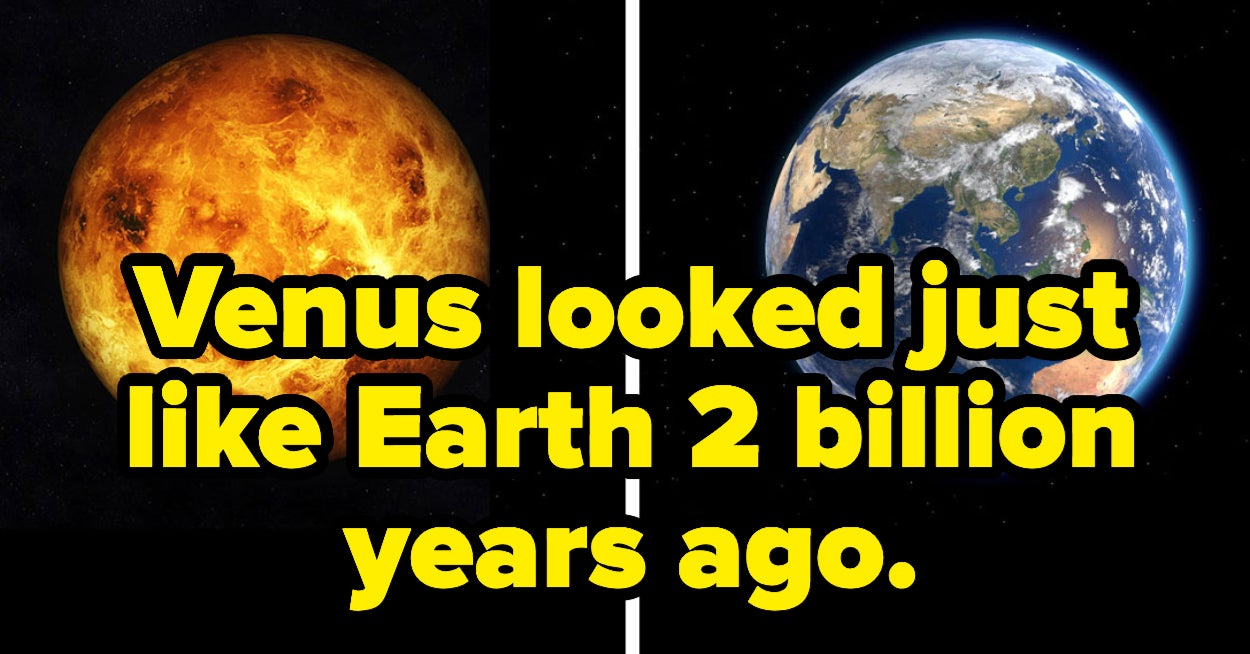 If you put your finger over a star in the sky, you are preventing photons that have travelled to Earth undisturbed for millions of years from finally entering your eye.

Do you know where the coldest place in the known universe is? How about the hottest? Well, they’re both right here on Earth!

Our galaxy, the Milky Way, is so vast that even at the speed of light it would take about 100,000 years to traverse it.

And in around 4.5 billion years, the Milky Way is expected to collide with the Andromeda galaxy, our closest galactic neighbour, to form a giant elliptical galaxy.

Did you know that all of the planets in our solar system can fit in between the earth and the moon, with about 2,729 miles to spare?

And our big ol’ red neighbour, Jupiter, is twice as big as all of the other planets in our solar system combined!

There is a planet in our galaxy where the temperature during the day can reach over 1,000 degrees celsius and it possibly rains molten glass horizontally at around 4,500 mph!

Scientists think they have found a parallel universe in a void measuring one billion light years across.

So we know that light takes a long time to travel through space, right? Well, there are actually some parts of the universe we can’t see because the light from there hasn’t reached us yet.

Although, soon the James Webb Space Telescope will allow us to explore galaxies that were formed at the very beginning of the universe, and observe stars forming planetary systems.

The biggest star known to man is UY Scuti, which has a radius about 1,700 times larger than the sun.

Did you know that there are an estimated 500,000 pieces of space debris floating above the Earth and moving around at speeds of up to 17,500 mph?

It’s also true that, on average, a bit of debris crashes back to Earth about once a week.

But here’s the thing, there is such a phenomenon as The Kessler Effect, in which a single destructive event in Earth’s low orbit could cause all satellites to break up into smaller and smaller fragments until the planet is surrounded by a massive cloud of shrapnel.

There’s a rogue supermassive black hole speeding through space at around five million miles per hour.

The Voyager 1 spacecraft will likely outlive planet Earth itself.

Venus looked pretty much exactly like Earth does now around two billion years ago.

It’s possible for two pieces of the same metal to actually fuse together if they touch in outer space.

There are rogue planets that have been knocked out of orbit just chilling out in the universe, and they could do the same to another planet.

Dark Matter is believed to be responsible for 85% of gravity in the universe, and no one knows what it is or how it works.

According to quantum mechanics, there’s a small chance the entire universe could spontaneously disappear and never come back.

And lastly, this isn’t a fact per se, but have you considered the possibility that we’ve already sent a message to an alien race in the distant past and it’s still making its way to them?