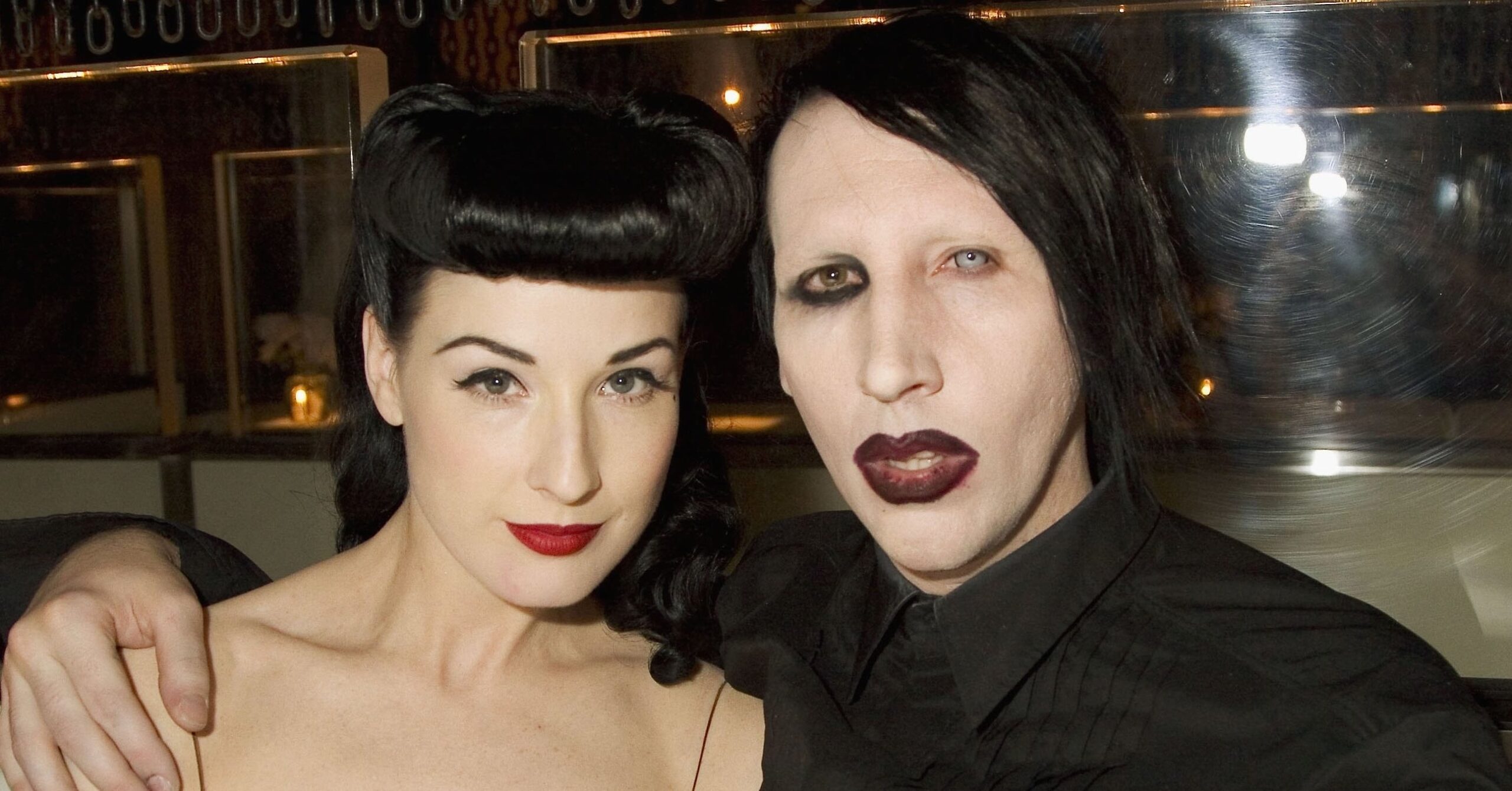 For years, Wood has spoken about her experience in a past abusive relationship with a man who had a lot of “charisma and power,” testifying in front of the California Senate Public Safety Committee in 2019 in support of a bill to expand rights for survivors of domestic violence.

“The name of my abuser is Brian Warner, also known to the world as Marilyn Manson,” Wood said in an Instagram post on Monday.

“I am done living in fear of retaliation, slander, or blackmail,” the 33-year-old wrote. “I am here to expose this dangerous man and call out the many industries that have enabled him, before he ruins any more lives.”

Wood and Manson were in a relationship for several years, ending in 2010 after a seven month long engagement. They met when she was 18 years old, and he was 36.

Four other women came forward on Monday also accusing Manson of physical, mental, and sexual abuse. Two of them said their experiences led to diagnoses of PTSD.

Model Sarah McNeilly wrote in a statement that she was “emotionally abused, terrorized, and scarred” after Manson locked her in rooms and forced her to listen to him with other women. Actor Lindsay Morgan, who is Jewish, said Manson would ask her to bring him Nazi memorabilia from Asia as “a joke.” An artist, Gabriella, known as sourgirrrl on Instagram, said he took photos of her naked and tied up without her permission and sent them to his friends.

In a statement on his own Instagram account on Monday, Manson called the allegations “horrible distortions of reality.”

“My intimate relationships have always been entirely consensual with like-minded partners,” he wrote. “Regardless of how — and why — others are now choosing to misrepresent the past, that is the truth.”

On Wednesday, Manson’s ex-wife Dita Von Teese posted her own Instagram statement, saying the allegations “do not match” her experience in their relationship.

“To those who have expressed your concerns of my well-being, I appreciate your kindness,” the 48-year-old said.

“Please know that the details made public do not match my personal experience during our 7 years together as a couple,” she went on. “Had they, I would not have married him in December 2005.”

“I left 12 months later due to infidelity and drug abuse,” she added.

In an interview with the Telegraph in 2007, the burlesque dancer said she made the decision to end her marriage to Manson because she “wasn’t supportive about his partying or his relationship with another girl.”

“I get the impression he thinks I was unsupportive,” she said at the time. “But the truth is I wasn’t supportive of his lifestyle, and someone else came along who was.”

“Abuse of any kind has no place in any relationship,” Von Teese said in her statement on Wednesday. “I urge those of you who have incurred abuse to take steps to heal and the strength to fully realize yourself.”