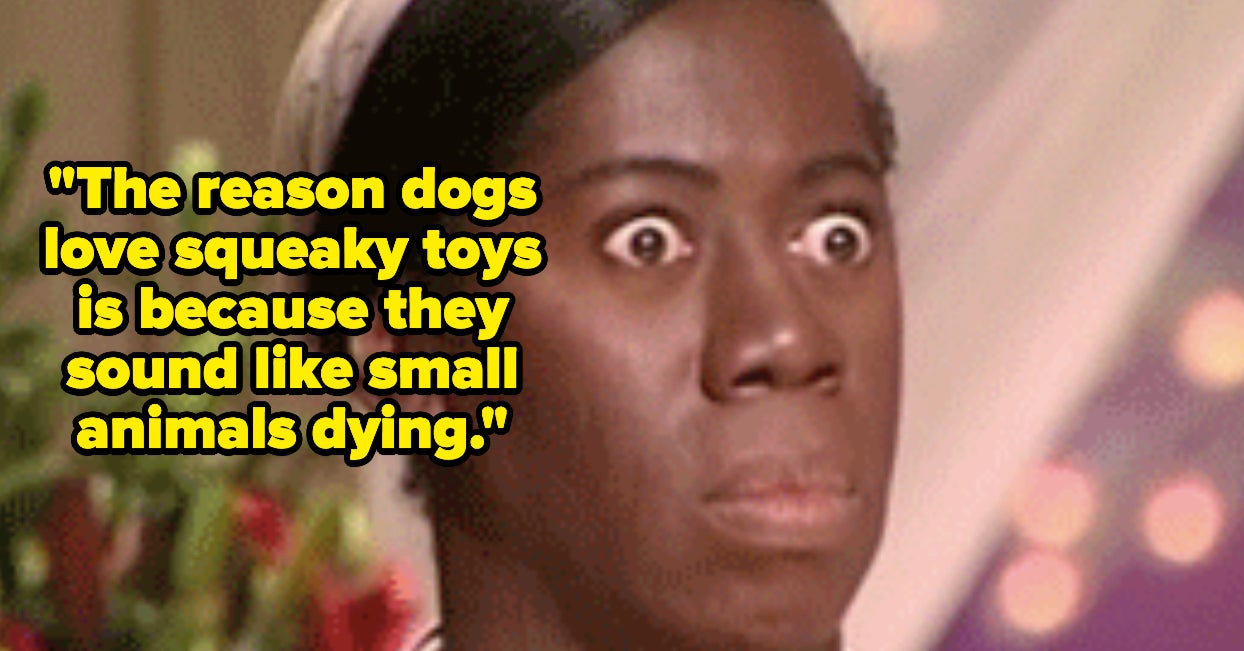 Recently, Reddit user u/slayeris471 asked “What is a NOT fun fact?” and the community came up with answers that were mind-blowing and scary in equal parts.

WARNING: Some of these are not for the faint of heart.

“Bus seats are designed so that you cannot tell how dirty they really are.”

“There is a whale called 52 Blue that only sings at their frequency meaning it can’t communicate with other whales. It is nicknamed the loneliest whale on the planet.”

“Your intestines will ‘wriggle’ themselves back into the correct position.

Doctors who do any type of intestinal surgery don’t have to worry (too much) about how they put the intestines back in.”

“There are eight unaccounted for American nukes and literally an unknown quantity of missing Soviet nukes that range all the way from warheads to suitcase bombs.”

“A certain type of angler fish reproduce via the male burrowing into the side of the female, eventually fusing. The male life is lost in the process.”

“The reason you’re supposed to contact a doctor if you have an erection lasting longer than four hours is because prolonged priapism can lead to gangrene of the dick. Blood goes in, deoxygenates, but can’t leave, so there’s no way for fresh oxygenated blood to come in, causing the tissue to turn black and die.

Don’t worry, though! This can be treated by using a big syringe to suck the trapped blood out.”

“When you get a sunburn, it’s actually your cells dying so they don’t get tumorous.”

“If you eat a polar bear liver, you will die. Humans can’t handle that much Vitamin A.”

“In the United States, roughly 1/3 of all food is thrown away each year.”

“There is a mysterious illness called the ‘sweating sickness‘ that hit in multiple small epidemics in the early modern era. It was incredibly contagious and massively deadly, with about a 50% average death rate, but it could be higher. It began with an ominous sense of apprehension, followed by severe pains in the neck and giddiness. They then abruptly stopped and switched to heavy sweating, headaches, and delirium. Finally, the person was hit with an extreme urge to sleep, and it was thought to be fatal if you fell to it.”

“Rabies is terrifying. You can get it (and not even know it) from bats, which live across the globe. It might hit you right away or it might be in three years. But it doesn’t matter because once the symptoms set in, you’re already dead.”

“The FBI estimates there are between 25-50 active serial killers in the US at any given time.”

“There is a (genetic) disease called FOP where your muscles and tissue turn to bone. It is often called ‘human statue disease’.

Eventually people suffering from it may have to decide whether they want to become ‘frozen’ in a sitting or flat/standing position.”

“Urine was used for teeth whitening and bleaching of clothes in Ancient Rome. Yes, they rinsed their mouth with human AND animal urine.”

“Most power outages in the US are caused by squirrels.”

“Spider Rain (you read that right) is a real and naturally occurring phenomenon.”

“People with extreme scurvy start to have ALL of their old wounds open up.”

“A blue-ringed octopus, found in the Pacific, is a tiny and cute little guy, but with one painless bite, it releases enough venom to kill 25 male adults.”

“Valentine’s Day is a holiday with one of the highest suicide rates.”

“In Australia there is a plant called the Gympie-Gympie which has such a severe sting that horses who brush against it throw themselves off cliffs because they’d rather die than continue to experience the pain.”

“If you are an identical twin, it is possible that you and your sibling’s identities were swapped and your parents never caught it.”

“The reason dogs love squeaky toys is because they sound like small animals dying.”

“There is a non-zero maximum threshold for the amount of cockroaches that can be present in ground coffee because it is literally impossible to keep them out entirely.”

“The youngest person to ever give birth to a baby was a five-year-old little girl.”

So if they eat something bad or get a bad gas bubble, they just lie down and die.”

“The number one cause of death among pregnant women is murder.“

“Migraines and strokes carry a lot of the same symptoms so if you suffer regular migraines, you may not notice you’re actually dying one day.”

“If a hamster gets too stressed, it will eat its kids.”

What’s more harrowing is that if you die, you will most likely be left there. There are currently over 200 dead bodies on Everest that are irretrievable, and now serve as markers for other climbers. Not a bad place to eternally rest, but upsetting for those left behind who can’t give you a proper burial.”

“Live Chat support agents can see what you type before you send it, so they can reply quicker.”

“The image that most people have of a blobfish is based on a misconception.”

What are some not-so-fun facts that you know? Sound off in the comments below!