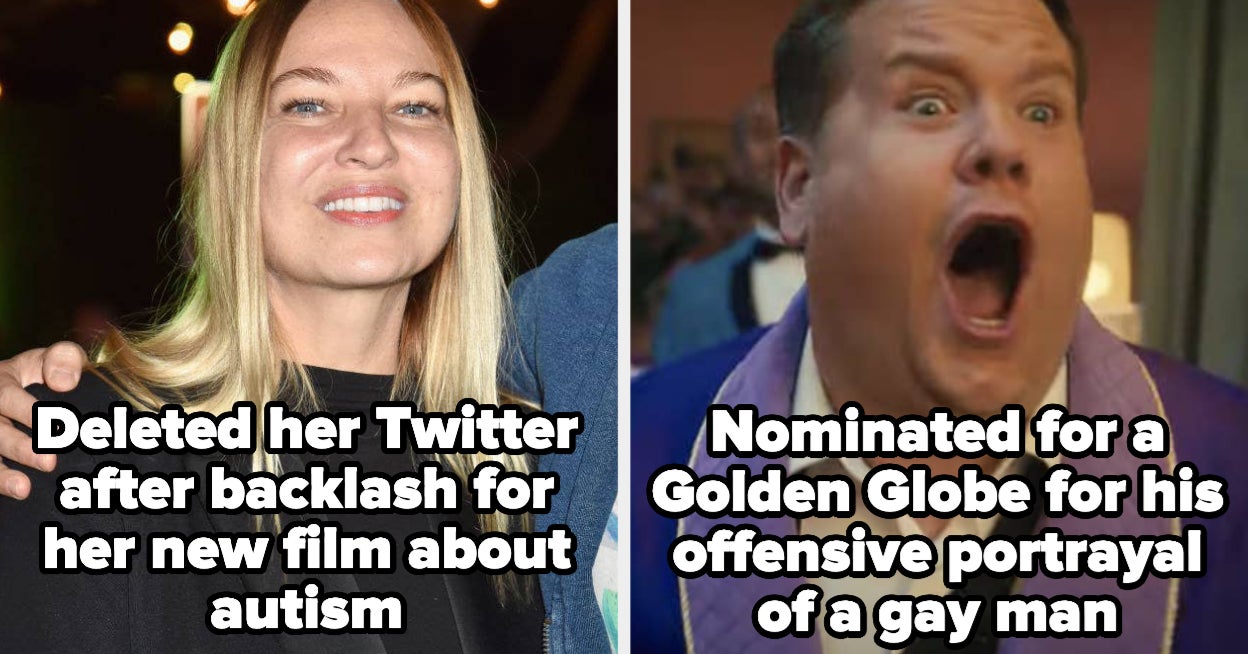 Chrissy Teigen faced backlash after tweeting about accidentally ordering a $13,000 bottle of wine at dinner, a struggle which few could relate to.

Sia apologized for her problematic depiction of an autistic girl (which included the use of restraints against the character) in her new film, then deleted her Twitter account.

Olivia Newton-John called accusations that Grease is problematic “silly,” and said that the film shouldn’t be taken so seriously.

James Corden faced renewed backlash after his performance as a gay man in Prom was nominated for a Golden Globe.

It was revealed that Rita Ora reportedly gave a London restaurant £5,000 to break COVID restrictions and turn off CCTV for her 30th birthday.

Michael Che found himself in hot water after a transphobic joke on SNL this week.

Also on SNL: John Krasinski hosted and kissed Pete Davidson in his monologue. A lot of people enjoyed it, but many others felt it was a cheap ploy at humor.

Justin Timberlake confused some people after he called himself an ally to the LGBTQ community.

Fans were a little unhappy with Dixie D’Amelio after she talked about not going to college based on her fear they would play her songs at frat parties.

Country singer Morgan Wallen was caught using the N-word and it was just completely unacceptable.

Kim Kardashian was called out for sizing on her SKIMS line in a viral TikTok of a girl trying the shapewear on.

Tyra Banks was also called out (again) for her treatment of contestants on America’s Next Top Model when former contestant Lisa D’Amato posted a video message for Tyra on Instagram.

Elisha Applebaum responded to backlash that her character Musa on Fate: The Winx Saga was whitewashed, saying it was “sad to see that fans were upset with the casting.”

Khloe Kardashian also faced backlash for a tweet, in which she used emojis with a darker skin tone than her own.

The Hilaria Baldwin drama continued, with Salma Hayek defending her, saying, “We all lie a little bit. She makes my friend happy,” and Hilaria herself posting an apology on Instagram.

Real Housewife Kelly Dodd made some more insensitive comments about COVID, joking she was a superspreader for not wearing a mask to a restaurant.

And finally, in a lighter fail, Gwen Stefani did a pretty bad job of lip-syncing her own song on TikTok – she seemed to take those commenting that she was failing at TikTok in stride, thanking a user for calling her out and saying they were right.

Oof. Do better, y’all. See ya next week!